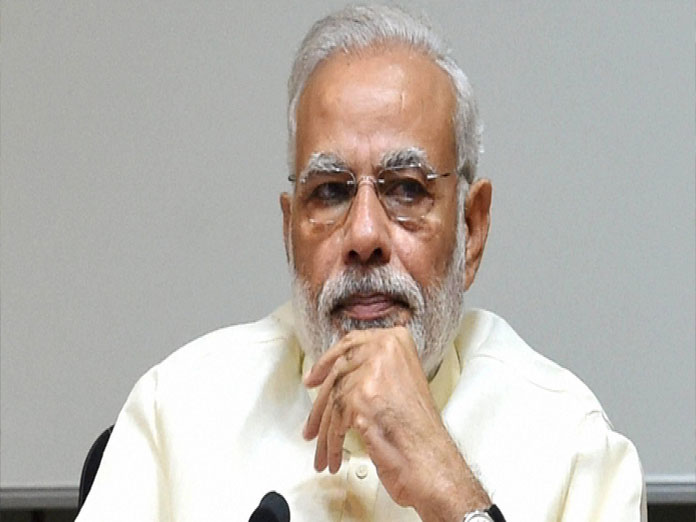 Questioning the BJPs claims of 250 causalities in the air strikes in Pakistans Balakot, the Congress on Monday demanded of Prime Minister Narendra Modi to apologise for claiming the India Air Force IAF felt the absence of Rafale fighter jets

​New Delhi: Questioning the BJP's claims of 250 causalities in the air strikes in Pakistan's Balakot, the Congress on Monday demanded of Prime Minister Narendra Modi to apologise for claiming the India Air Force (IAF) felt the absence of Rafale fighter jets.

Countering the Modi's allegation of the opposition playing politics at the cost of national security, Congress spokesperson R.P.N. Singh accused the Bharatiya Janata Party (BJP) of politicising the air strikes and trying to reap electoral mileage from it.

With the government yet to give an official count of the number of terrorists killed in the air strikes in Pakistan's Balakot and Air Chief Marshal B.S. Dhanoa declining to comment on the casualties, Singh also demanded to know the basis of BJP chief Amit Shah's claim of 250 terrorists being killed in the air strikes conducted in the aftermath of the February 14 Pulwama terror attack in which 40 security personnel were killed.

"The Prime Minister tried to show that the IAF was weaker because it did not have the Rafale. He should apologise for questioning the capabilities of the IAF and for playing politics on armed forces," Singh told the media here.

"We have witnessed how BJP leaders, including Shah and Modi, made many political statements on the Pulwama attack and yet accused Congress of doing it. We have a BJP leader (Manoj Tiwari) roaming around in Army fatigues, so who is politicising the issue? It is the BJP?" said Singh and questioned Shah's claims on the casualties in the air strikes.

"Where are these figures coming from? Air Chief Marshal clearly said that it is government's duty to count casualties."

Earlier in the day, Punjab Minister and Congress leader Navjot Singh Sidhu questioned if its casualties claim was an election gimmick, while former Union Minister P. Chidambaram asked who put the number of casualties at 300-350.

"Deceit possesses our land in guise of fighting a foreign enemy. Stop politicising the Army, it is as sacred as the state," Sidhu said, tagging media reports of Union Minister S.S. Ahluwalia and former Karnataka Chief Minister B.S. Yeddyurappa's remarks on the IAF strikes.

While Ahluwalia had claimed that the IAF operation in Pakistan's Balakot was to "send out a message and not to kill", Yeddyurappa said the air strikes will help the BJP win 22 Lok Sabha seats in Karnataka in the upcoming general elections.

In a series of tweets, Chidambaram said: "Vice Air Marshal declined to comment on casualties. A statement from the Ministry of External Affairs said there were no civilian or military casualties. So, who put out the number of casualties at 300-350?

"As a proud citizen, I am prepared to believe my government. But if we want the world to believe, the government must make the effort, not indulge in opposition-bashing," said Chidambaram.

The IAF operation has remained at the centre of a political slugfest, with Modi and Shah lashing out at the opposition for questioning the counter-terror operation while the opposition has accused the BJP of playing politics over national security.