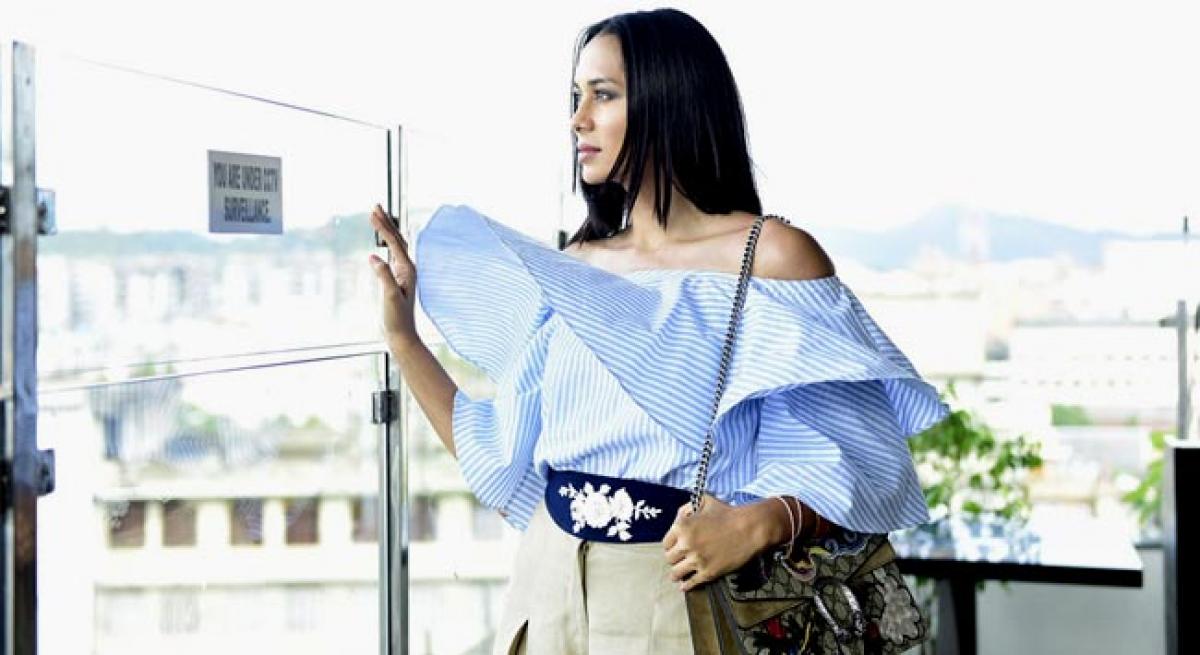 Fashion runways are ruled by models whose professional life is controlled by the weighing scale. While staying in shape is essential for them, popular Delhi-based model Sonalika Sahay, who has also worked in Milan,

Guwahati: Fashion runways are ruled by models whose professional life is controlled by the weighing scale. While staying in shape is essential for them, popular Delhi-based model Sonalika Sahay, who has also worked in Milan, Singapore and Beijing, says her fraternity is healthy and not skinny and she is even rooting for shows dedicated to plus-size women in India.

While recently judging the prestigious Lakme Fashion Week's (LFW) first model audition for the northeast region here, Sonalika was seen smiling at one of the contestants who was on the heavier side. It came as no surprise when the results came out. She didn't even clear the first round.

Asked about the 'gutsy' contestant, Sonalika told IANS here: "A lot of times people with a certain kind of body shape would not even aspire to be a model or be a part of such auditions. Plus-size models are being appreciated all over the globe, so why not in India?

"It was gutsy of her to be here. Sadly, there was the height criteria and all which she didn't meet."

Sonalika, who is herself tall and slim, pointed out how in India, people "in fact, don't go for very skinny girls".

"We do have healthy looking girls in India who are a size eight. It's a good healthy size for any model. Eventually, you need to see from the designer's perspective. They don't go beyond a size eight unless they are doing for a specific show catering to plus-size women...which we don't have in India."

She is positive that some day there will be such shows.

"There is a market. Indian women are well-endowed. I don't see why there shouldn't be a fashion show for plus-size women. A lot of fashion weeks look at international markets. That could be the reason why fashion weeks don't look at that direction," said the model, who has been in the industry for about a decade.

Her wish and others' are about to get fulfilled as the forthcoming winter-festive edition of LFW will host the first ever plus-size model hunt for males and females, curated by designer Shilpa Chavan of Little Shilpa in association with the plus-size store aLL.

The creations showcased on runways are meant for the everyday consumers who seek high-fashion designer-wear but are often restricted by available size options. Bearing this in mind, aLL has collaborated with LFW to break thought patterns and present a collection that will be showcased at the upcoming edition.

The auditions will be held in Mumbai on July 29 for plus-size men and women who would like to walk the ramp.

This hunt is a precursor to the first plus-size show to be held during the upcoming LFW at St. Regis in Mumbai from August 24 to 28.

Going by such initiatives, it seems like it is a good time for modelling in India.

"When I came here (the industry), it was in that phase when fashion was getting established. Now, in 10 years, it is going in the direction where it can be at par with (fashion industries) anywhere in the world. Everything is now more organised," said the mother of two.

And she gives credit to supermodels like Madhu Sapre for it.

"Thanks to them (supermodels of the 1990s), they have established the concept of a model in the country, so we are benefitting from that... We can charge a certain amount of money and expect respect... We get it as well.

"In terms of work, a supermodel or any kind of model... everyone has a great amount of work in the country. That is great," said Sonalika, who also has an online portal where designer wear is sold.

She also believes that "serious fashion" is not about Bollywood any more in India.