Are you Alone Together? 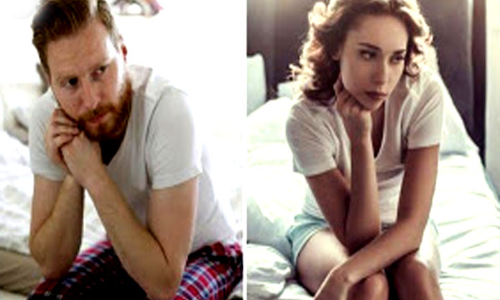 Our conception about long term relationship to what is and isnt acceptable has expanded tremendously in recent years From consensual non monogamy and polyamory, to blended families and consious uncoupling, many people have grown more accepting of the idea that till death do us apart and heavily ever after look different for different people

Our conception about long term relationship to what is and isn't acceptable has expanded tremendously in recent years. From consensual non -monogamy and polyamory, to blended families and consious uncoupling, many people have grown more accepting of the idea that till death do us apart and heavily ever after look different for different people.

So, why then do long-term partners who choose to sleep in different beds still elicit sad, worried, or judgemental responses? Bed- splitting, it seems, is the ultimate relationship taboo, evoking a distant stoicism suited for the likes of aging British royals, but not dynamic, healthy couples.

Don't you think the idea of couples actually sleeping in separate beds is rather saddening. There are few couple who actually lived in adjoining houses.

There are plenty of reasons why bed sharing is the norm. Some people, I presume really do love prolonged spooning despite its obvious pitfalls. Others face rising rents us expensive cities and have conventiently found that falling in love very often leads to the money-saving step of cohabitation in a single bedroom. Mnay take the idea of separate beds as a sure sign that phsical intimacy has faded-perhaps because of kids, or stress, or incessant snoring-or suspect one can't admit to sleeping better when their better half is out of town.

In reality, co-sleeping has never been a consistent domestic norm. It likely varied across the ages, based on space constraints, and the need to stay warm. In addition, the very concept of marriage as being synonymous with love and an undying desire to be together is fairly new. These days, the practices varies across cultures. The National sleep foundation condunted its International Bedroom pool, survey results found that 82% of American couples slept in a bed with partner, while just 63% of japanese couples did.

For most people i know in late Millennial-hood, the prospect of ditching housemates and saving money on a one-bedroom apartment is a compelling enough reason to give up having your own bed. But hen you consider that capitalist and practical pressures are very often at the root of bed of bed-sharing, the whole thing becomes decidedly less romantic, doesnt it? Never mind the fact that studies have shown co-sleeping can have a deleterious impact on sleep quality.

A study conducted got to know that tensions inherent in the sleeping relationship found that there is a strong cultural association between being a couple and sharing a bed. Despite the possibility of better sleep elsewhere, couples in general show a willingness to go along with the possible disruption associated with sharing a bed.

Humans are genefrally reluctant to acknowledge a universally present reality of monogamy: long-term stability and roiling passion simply don't go hand in hand. here we explain how couples can confront this truth by truth, by developing a personal intimacy with oneself as a counterbalance to the couple. This comes from the creation of Space- Physical, emotional, and intellectual-that belongs only to me. Whether it's sleep, or hobbies, or one's inner emotional world , not everthing needs to be revealed. Everyone should cultivate a secret garden.

For me the secret garden requires I regularly have the option of my own bed, one where i can wake up in the morning and enjoy my first few moments of consciousness with the companion of solitude. In that way, separate sleeping - whether it's opting for a two bedroom or investing in a comfortable sofa bed in the living room-is not just about wanting distance from your companion. it's all about if you want to move really close to them willing like how you use to in the beginning early, heady days of dating. Rather than submitting to a full-scale physical and emotional merger as the only way to show your love. Plus, it's fun to hop into their bed after you wake up.

If one can accpet that lovers can stray sexually outside of their relationship and still stay happily committed as partners, then suerly we can be open-minded enough to accept that separate beds might also be sign of security in a relationship, not of cold distance. And not to mention a much more well-rested couple at that.