The Syrian crisis has entered a new phase with the apparent use of chemical weapons in the suburbs of the capital Damascus that is reported to have killed hundreds of civilians. The August 21 attack, which was blamed on the government forces by rebels fighting President Bashar Al Assad’s regime for over two years has upped the ante with the prospect of dragging the West into the conflict.

The Syrian crisis has entered a new phase with the apparent use of chemical weapons in the suburbs of the capital Damascus that is reported to have killed hundreds of civilians. The August 21 attack, which was blamed on the government forces by rebels fighting President Bashar Al Assad’s regime for over two years has upped the ante with the prospect of dragging the West into the conflict. Though the Syrian government has denied the allegations and accuses the rebels of using chemical weapons on civilians, there is irrefutable evidence that the assault could not have been carried out by insurgents. The details available so far point to the government forces and currently a United Nations team of experts has gone to the site and met victims’ families and survivors of the attack to submit a fact-finding report to the world body.

The issue is not who used the banned chemical weapons but whether they had been used at all and their intensity. If the UN team finds sufficient evidence that a large quantity of chemical arms was used against rebels who were supposed to be hiding in the areas that had been attacked with missiles, the Assad regime will be in trouble since the US had vowed last year that it would consider intervention if Damascus crosses the ‘Red Line.’ That is, use of chemical weapons against own citizens to suppress the anti-Assad movement.

As far as the West is concerned, production, stockpiling and use of chemical arms in any conflict are a taboo and it goes to any length to disarm the countries possessing these weapons. In fact, one of the reasons for the US to invade Iraq in 2003 was the alleged amassing of chemical weapons by that country’s strongman Saddam Hussein. The then US President George W Bush had cited Saddam’s use of prohibited arms against Kurds as evidence that Iraq had built a number of chemical weapons factories and they posed a grave threat to Arab neighbours.

A similar situation is building up in Syria now with US President Barack Obama’s aides insisting that since chemical weapons had been used against the civilian population it merits American intervention in one form or the other. Obama is already in touch with British Prime Minister David Cameroon and French President Francois Hollande and, according to reports, battle plans are ready with warships sailing to Atlantic.

The Pentagon, reports say, has given Obama all the action plans that include surgical cruise missile strikes on suspected chemical weapons factories and possibly on ammunition dumps and strategic targets. While Britain and France have given the US tacit approval for ‘limited war’ they want the UN to approve of it to give the operation a veneer of international approval to offset criticism from Syria’s staunch allies Russia and Iran, with China as sidekick.

But the pressure on the US is so much that some hawks in the Obama administration are spurring on quick action even without UN nod. It looks unlikely since neither Obama nor his people want the US to get bogged down in another Middle East conflict. They know well how difficult it is to retract from a situation where international interests coalesce.

Already, Russia and Iran have warned against American-led intervention to defuse the Syrian crisis. The perceived danger in such action will strengthen the rebels’ hands and force the Assad regime to fight for its survival. Nor does the American government want to create an Iraq-like situation where insurgents, emboldened by the US military intervention and moral and money aid from Arab countries, may go on the offensive with the help of militant outfits like Al Qaeda. In which case, the US and its allies have to launch ground operations which none of the countries contemplating action would like to opt for.

Notwithstanding the stern warnings of Russia and Iran that any Western intervention in Syria would lead to a Third World War and the Middle East would erupt in a ball of fire, the US itself would not like to create a situation where the civilians had to fight a ragtag coalition of opposition elements supported by Iran and Al Qaeda to some extent if the Assad regime collapses. Neither the US nor its allies have forgotten the lessons they have learnt from Iraq where even after a civilian government is in place, civil unrest is rampant and it is daily mayhem on streets.

If the West doesn’t want to see a repeat of Iraq in Syria, it has to tread a cautious path with limited choices. One, of course, is calculated precision rocket attacks the way the Nato forces had done in Libya; second, encourage anti-Assad forces until he gives up power which is unlikely as long as Russia backs him; third, allow the status quo till the regime implodes, which, again, is unthinkable given the kind of loyal forces Assad has and fighting for him, albeit with a lot of outside help; fourth, decisive military action under the auspices of the UN.

Obama, who has pledged to pull out all troops from Afghanistan by next year end, is not gung ho about Syrian adventure. But domestic and international pressure, particularly from Arab States, may force him to take a hard line. Since diplomacy is not working with Russia after David Snowden fiasco, it is unlikely that Moscow will cooperate with Washington in resolving the Syrian crisis. Moreover, the Kremlin doesn’t want to lose its only ally in the Middle East.

It is open to question how long the US will remain a mute witness to Syrian conflict even after the UN okays ‘limited action’ after it is conclusively proved that chemical weapons were used. However, doubts remain: The delay in allowing UN inspectors to visit the attack site might have erased the clinching proof to pin down the Assad regime. Should it happen, will Obama unilaterally order military action against Syria? A billion dollar question, indeed. 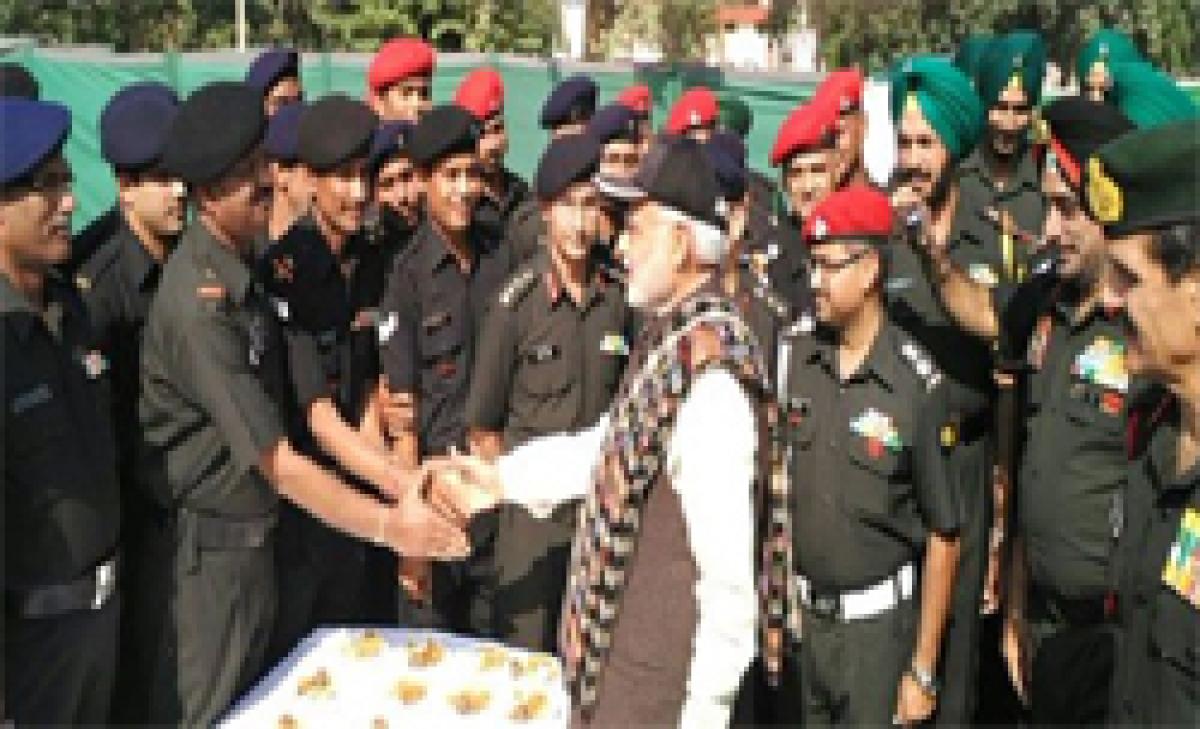