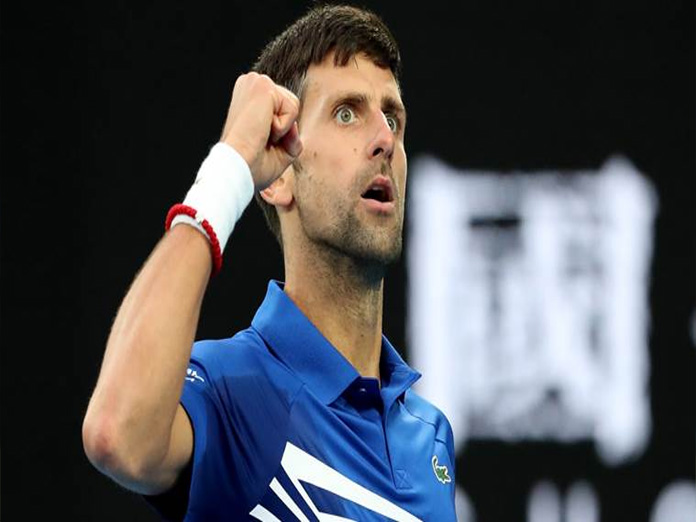 Novak Djokovic took yet another firm step in mens tennis final by notching up 15 slams title in the Australian Open in Melbourne Novels 63, 62, 63...

Novak Djokovic took yet another firm step in men's tennis final by notching up 15 slams title in the Australian Open in Melbourne. Novel's 6-3, 6-2, 6-3 outclassed Rafael Nadal to win his career count dominance at Rod Lever Arena's court in Melbourne on Sunday night. Incidentally it was his record seventh title in Australian Open and third major in a row. The world No1 ranked has 15 Grand Slam titles to his credit. He broke his tie with Roger Federer and Roy Emerson for most Australian Open men's titles.

He also broke a tie with American Pete Samras for third most Grand Slam trophies. He only trails Roger Federer with 20 and Rafael Nadal 17 and is gaining on them. Djokovic has set a record for most Australian Open men's singles titles, surpassing the marks of Roger Federer and Roy Emerson. His main aim is to get closer to superstar Roger Federer's record of 20 major titles.

Defying gravity, Novak Djokovic is rising to new and more dizzying heights. In the moment of victory, Djokvic was uncharacteristically restrained. If Naomi Osaka couldn't quite believe she had won the previous night, Djokovic might not have believed that he won by this margin and in the way. It was Australia Open he had conquered after all. The final was anti-climax , but the performance was pinnacle for Djokovic. This was the scale of Djokovic domination. His performances are testimony to his fitness, especially after returning from an injury lay off. However, none of these appears to apply to Novak Djokovic who continues to glide around the tennis do another Novak slam in Paris.