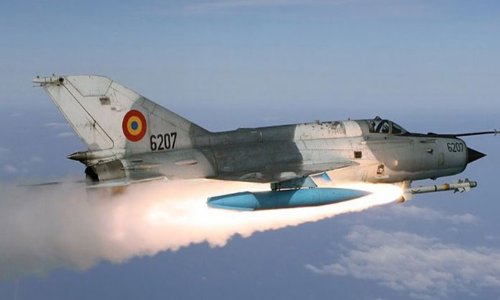 The recent loss of MiG21 warplane, wherein Wing Commander Abinandan Varthaman, found himself in a dogfight with F16 of Pakistan Air force was part of...

The recent loss of MiG-21 warplane, wherein Wing Commander Abinandan Varthaman, found himself in a dogfight with F-16 of Pakistan Air force was part of the fleet that is well past its retirement age and has been kept operational with repeated upgrades and service life extensions. The pilot made it home in one piece, however bruised and shaken, but the plane was less lucky.

While the challenges faced by the India’s armed forces are no secret, its loss of a plane last week to a country whose military is about half the size and receives a quarter of the funding was still telling. And 68 percent of the army’s equipment is so old, it is officially considered “vintage.
Our troops lack modern equipment, but they have to conduct 21st-century military operations.

We only bother about killing of terrorists but not the brave soldier’s safety at all in the sky, sea and land. For India’s military, funding remains the biggest challenge. Prime Minister Narendra Modi won elections in 2014 promising to reform the economy and provide the one million jobs needed each month to satisfy its growing work force. But with elections around the corner, Mr. Modi has shelved promises of economic reform and embraced the usual populist measures.

As the world’s conflicts are increasingly fought with state-of-the-art weaponry rather than the large invading armies of the past, India is falling behind. Despite being the fifth-largest military spender, only about a quarter of its military budget this year will purchase new equipment. Although the purchase of military hardware is a slow-moving process in most countries, in India it moves even more sluggishly amid a swollen bureaucracy concerns about corruption.

More than half the 872 MiGs it had purchased from Russia had been lost in accidents, at a cost of over 200 lives. Before the Rafale jet deal, India spent three decades developing its own fighter. India’s air force is heavily reliant on Soviet-era MiG-21s that fall from the sky so often some call them “Flying Coffins.”

What about laissez faire maintenance forced by limited budgets and cannibalized spare parts, we make up for in pilots? Air crashes occur due to loss of control in a possibly badly-maintenance system. This cost us millions and the lives of far too many young men. We make them jump from obsolete jets with nothing in between.

Today, against that backdrop compounded by the skullduggery of military purchase and the paybacks that invariably accompany them. In an age when drones are taking over the air battles and delivery systems for missiles have become as high a priority as Patriot-type defence systems, the heroic dogfight imagery is becoming passé.

It is surprising we are not seized with the clear and present danger of politicising the surgical strikes. And the government have little concept of how weak our Air Force is. All we do know is that our Air Force is behind the curve. Meanwhile Pakistan keeps building its frontline strike force. We keep waffling.

Are we vulnerable? Most certainly. Can we keep depending on the skill of pilots while we delay upgrading our fleets? The risk is magnified several fold. Are we handicapping our pilots? Yes, we are. Whether for men or women, we need to recreate our Air Force in a 21st century mould... Or face the consequences.