War is continuation of politics 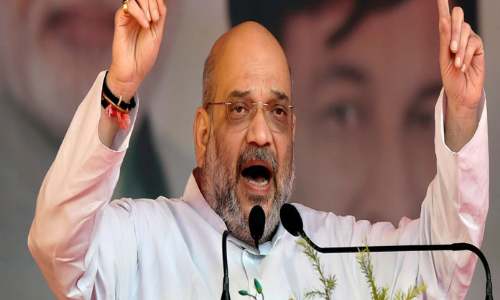 This refers to your report Sitharaman calls out Shah on Balakot toll, Amit Shahs 250 figure an estimate V K Singh and People have right to know...

This refers to your report "Sitharaman calls out Shah on Balakot toll, Amit Shah's 250 figure an estimate: V K Singh and People have right to know casualties: Shiv Sena" (THI 6 March). If one goes by sequence all was well until Opposition parties gave an assurance both aftermath of Pulwama and Ballot air strike that they stand by government. But it turned free for all once they saw martyrs’ photographs in PM's political rally and open use of air strike by Shah.

It is most unfortunate that both ruling and opposition parties have no shame for dragging armed forces in their political akhada and for self-political interest is more important. The Prussian General and Military theorist Clausewitz died in 1831 has rightly said "war is continuation of politics by other means" and aptly true on what is happening in India on eve of 2019 election so much so that ruling party is now changing its election music.

This is when we need the first citizen of India who is also Supreme Commander of Armed to call leaders from both ruling and opposition give them dressing down but we really have no idea of his presence.