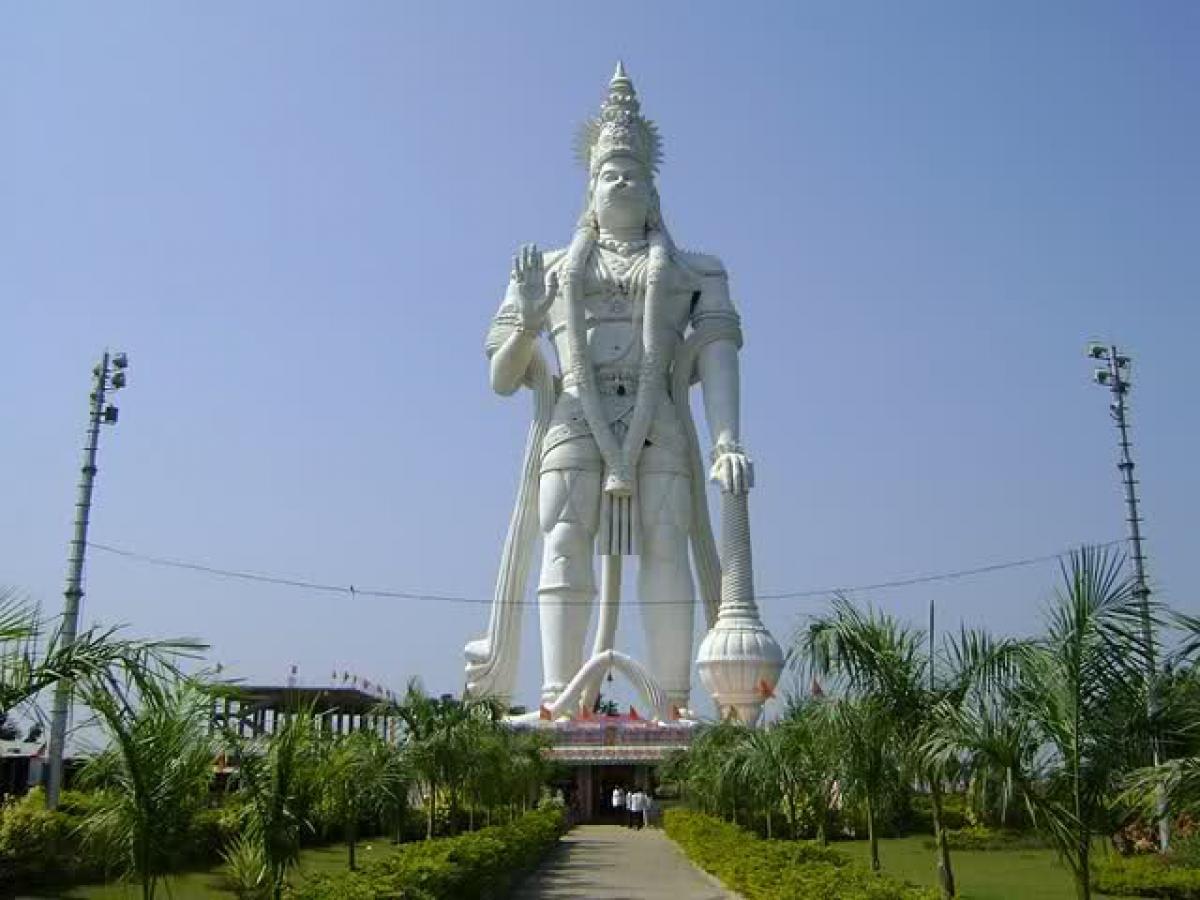 In the event the Oklahoma Constitution section that formed the basis for the Ten Commandments Monument ruling is removed in the future, Hindus will...

In the event the Oklahoma Constitution section that formed the basis for the Ten Commandments Monument ruling is removed in the future, Hindus will re-pursue their interest to install Lord Hanuman statue in Oklahoma Capitol grounds in Oklahoma City. The Supreme Court of the State of Oklahoma, in Prescott v. Oklahoma Capitol Preservation Commission decision on June 30, held that the Ten Commandments Monument violates Article 2, Section 5 of the Oklahoma Constitution, is enjoined, and shall be removed.
Section 5 (Public money or property - Use for sectarian purposes) of Article II (Bill of Rights) of Oklahoma Constitution, states: No public money or property shall ever be appropriated, applied, donated, or used, directly or indirectly, for the use, benefit, or support of any sect, church, denomination, or system of religion, or for the use, benefit, or support of any priest, preacher, minister, or other religious teacher or dignitary, or sectarian institution as such.
Oklahoma House of Representatives member John Paul Jordan has filed a constitutional amendment for the 2016 legislative session to remove the language that formed the basis for the Ten Commandments monument ruling (cited portion of the Oklahoma Constitution – Article II, Section 5).
Hindu statesman Rajan Zed, in a statement in Nevada today, said that if and when Oklahoma State Capitol became open again in the future to different monuments and space was available in the statehouse grounds, Hindus would love to request placing a statue of Lord Hanuman, which would be the first Hindu religious monument on public land in USA.
Zed, who is President of Universal Society of Hinduism, had written to the Oklahoma State Capitol Preservation Commission (OSCPC) officials in the past showing interest in erecting the Lord Hanuman statue, which they planned to make big and weather-proof. OSCPC, created in 1982 to plan and supervise the preservation and restoration of the interior and exterior of the Oklahoma State Capitol building, also controls the display of objects in public areas of the State Capitol building.
Rajan Zed pointed out that besides honoring the Hindus living in Oklahoma, this Lord Hanuman statue would raise awareness of Oklahomans about Hinduism, oldest and third largest religion of the world with about one billion adherents and a rich philosophical thought.
Zed further said that some Christian, Buddhist and Jewish leaders had already backed in the past the proposed bid of Hindus of erecting a statue of Lord Hanuman in Oklahoma State Capitol grounds.
Lord Hanuman is greatly revered and worshipped in Hinduism and is known for incredible strength and was a perfect grammarian. There are about three million Hindus in USA.
Show Full Article
Email ArticlePrint Article
More On
Download The Hans India Android App or iOS App for the Latest update on your phone.
Subscribe
Subscribed Failed...
Subscribed Successfully...