Indian-American judge on US Supreme Court? 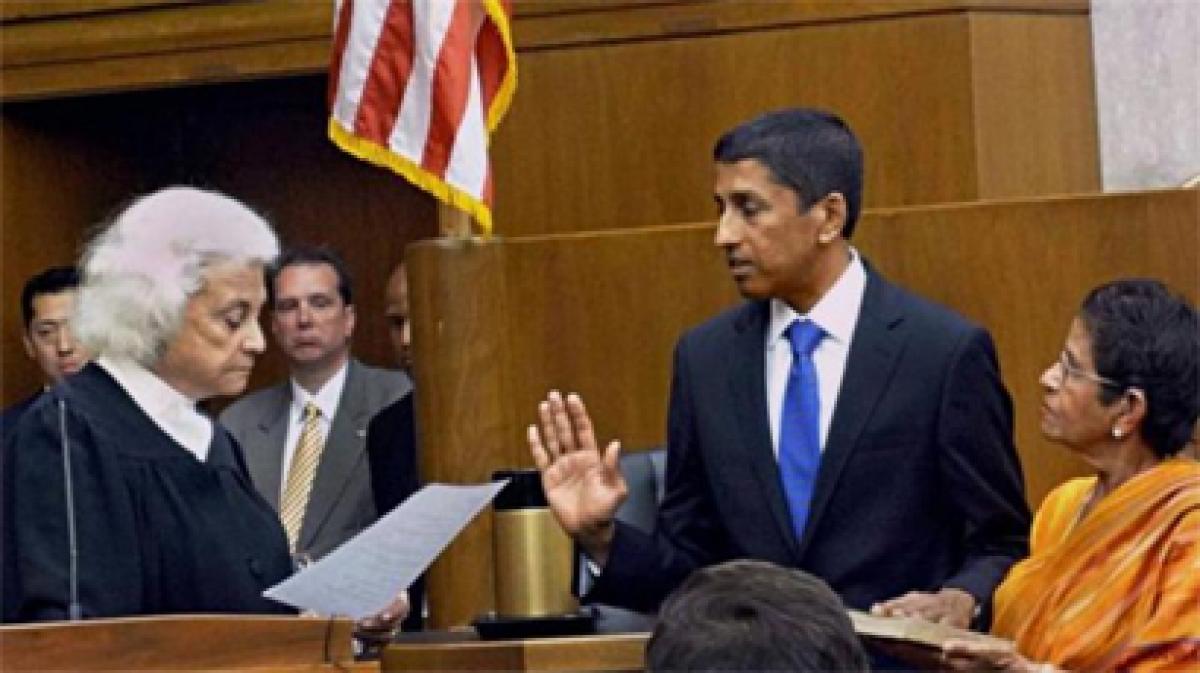 Indian-American judge Sri Srinivasan may be nominated to the US Supreme Court which would make him the first from the community to achieve the...

Indian-American judge Sri Srinivasan may be nominated to the US Supreme Court which would make him the first from the community to achieve the feat.After Justice Antonin Scalia, the longest-serving justice on the high court, passed away, speculation has been rife that the 'moderate' judge might be nominated by US President Barack Obama.

"There's always a short-list of potential justices that court experts and watchers have in their heads; Obama will be cognisant that he is replacing a conservative icon and that might temper his choices, leading him to try to find someone that at least some Republicans in Congress might find acceptable," the CNN reported on Sunday.

"Any list begins with Sri Srinivasan, 48, a member of the US Court of Appeals for the District of Columbia Circuit - a traditional launching pad for Supreme Court nominees, it added.

Obama first nominated Srinivasan to the post in 2012, and the Senate confirmed him in May 2013, including votes in support from Republican presidential contenders Senators Ted Cruz and Marco Rubio.

Srinivasan, an Indian-American, was a high school basketball star in Kansas before attending Stanford University, which he graduated from in 1989.

He was Obama's principal deputy solicitor general, most notably working on the successful fight against the Defence of Marriage Act.He also has experience on the other side of the aisle, serving as an assistant to the solicitor general during the George W Bush administration and as a clerk to Justice Sandra Day O'Connor. He was once a partner in the law firm O'Melvent & Myers, the report added.

Past reports have also labelled Srinivasan as Obama's "Supreme Court nominee in waiting".