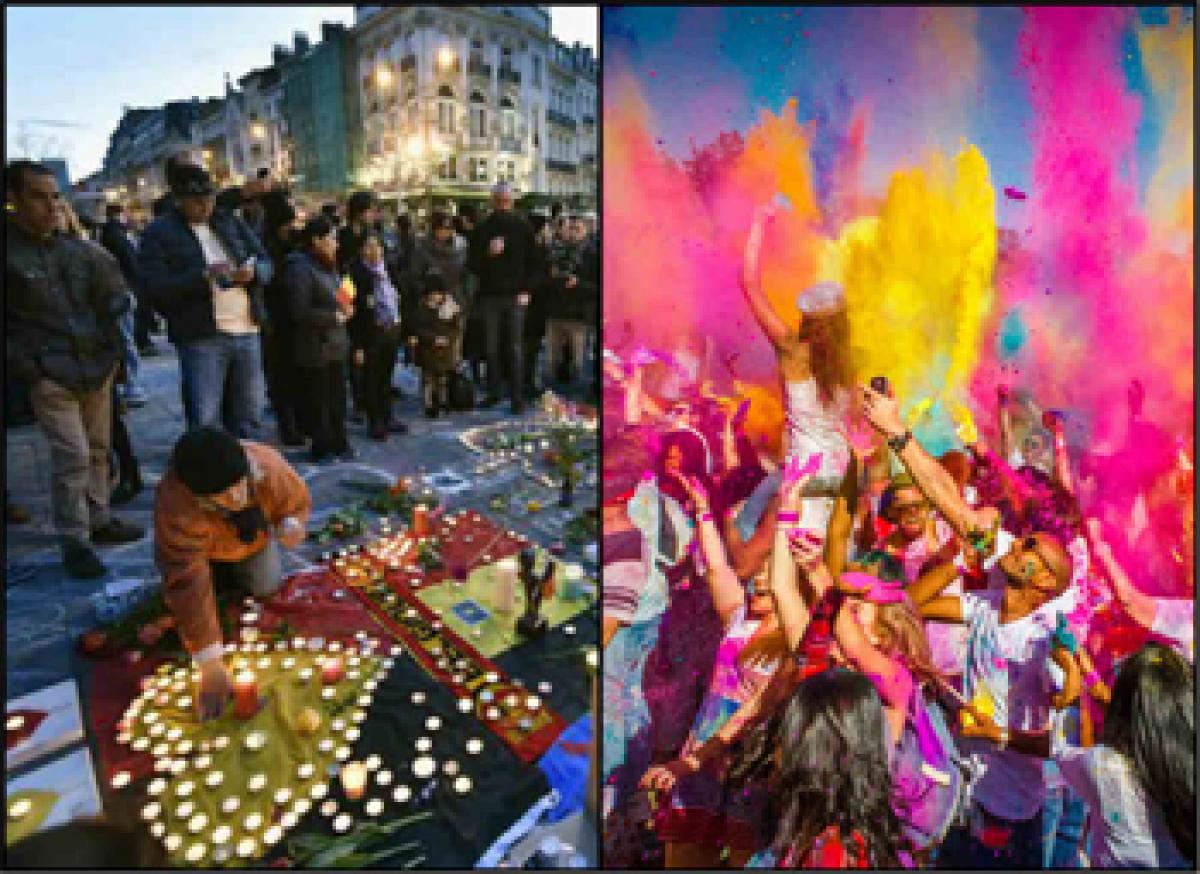 Hindu “festival of color” Holi, which was planned to be celebrated in Brussels on March 27, has reportedly been cancelled in view of recent Brussels...

Hindu “festival of color” Holi, which was planned to be celebrated in Brussels on March 27, has reportedly been cancelled in view of recent Brussels tragedy, out of respect for the victims.

Brussels Mandir and Indian Cultural Center in Evere (Brussels), which was organizing this festival, in an email announcement, said: “This is to inform you that due to the dreadful terror attack in Brussels and as a mark of respect Brussels Mandir will not be celebrating Holi Festival”. It will hold prayers during the same time when the Holi celebrations were earlier planned to be held.

Hindu statesman Rajan Zed, in a statement in Nevada (USA) today, commended the decision of Brussels’ Hindus to cancel the Holi celebrations. He urged all Hindu temples worldwide to hold prayers for the victims of this tragedy and their families.

Rajan Zed, who is President of Universal Society of Hinduism, further said: Our hearts, thoughts and prayers go out for the victims and their families in this tragedy and we are all in shock and anguish over this unimaginable loss.

Joie de vivre festival of Holi welcomes the beginning of spring and starts about ten days before the full moon of Phalguna and includes color play. Brussels Mandir, opened in 2012; holds service, bhajans and aarti every Sunday followed by community vegetarian lunch; and organizes various festivals/events year round. Parkash Gurnani, Ravindra Pal Aneja and Shyam Verma are President, Vice President and General Secretary respectively of its Committee. Hinduism, oldest and third largest religion of the world, has about one billion adherents.