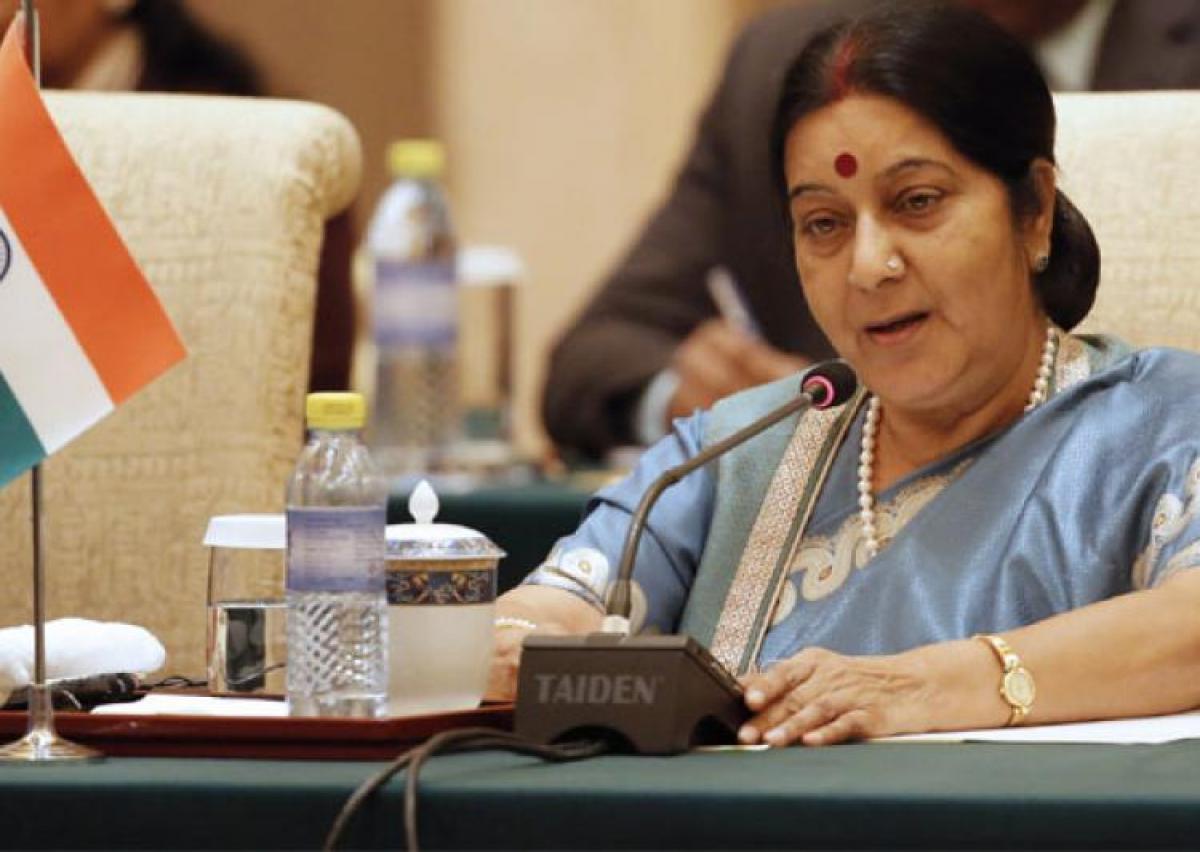 External Affairs Minister Sushma Swaraj on Sunday appealed to the Indian workers, who have lost their jobs in Saudi Arabia, to file their claims for...

NEW DELHI: External Affairs Minister Sushma Swaraj on Sunday appealed to the Indian workers, who have lost their jobs in Saudi Arabia, to file their claims for unpaid dues with their employers and come back home soon and said the government will bear the cost of their return.

Ms Swaraj said in a series of tweets.

Indian workers in Saudi Arabia - please file your claims and return home. We will bring you back free of charge.

When Saudi Government settles with the Companies which have closed down, your dues will also be paid.

Please appreciate that settlement of claims will take time. There is no point in waiting there indefinitely.

She said that settlement of claims will take time and that there was no point in waiting in Saudi Arabia indefinitely.

Earlier this month Minister of State for External Affairs VK Singh had rushed to Saudi Arabia after large number of Indian workers sought Indian government's intervention in taking up their difficulties with the Saudi authorities.

He had also gone to Saudi Arabia last week to resolve the matter.

The Saudi government, then, had agreed to swiftly resolve plight of the laid-off Indian workers including providing them free passage to return to India and clearing their unpaid dues.

Thousands of Indian workers have lost their jobs due to slowdown in Saudi economy, triggered by low oil prices and cut in spending by the government.

The Indian government had requested the Saudi authorities to give the unemployed Indian workers exit visas without NoC (No-Objection Certificate) from employers and also urged it to clear the dues of workers who have not been paid for months, whenever they settle the accounts with the companies concerned.

As per rules, no foreign employee can leave the country without NoC by the employers.

The Saudi government also agreed to allow transfer of Indian employees, who have lost their jobs, to any other company within Saudi Arabia.