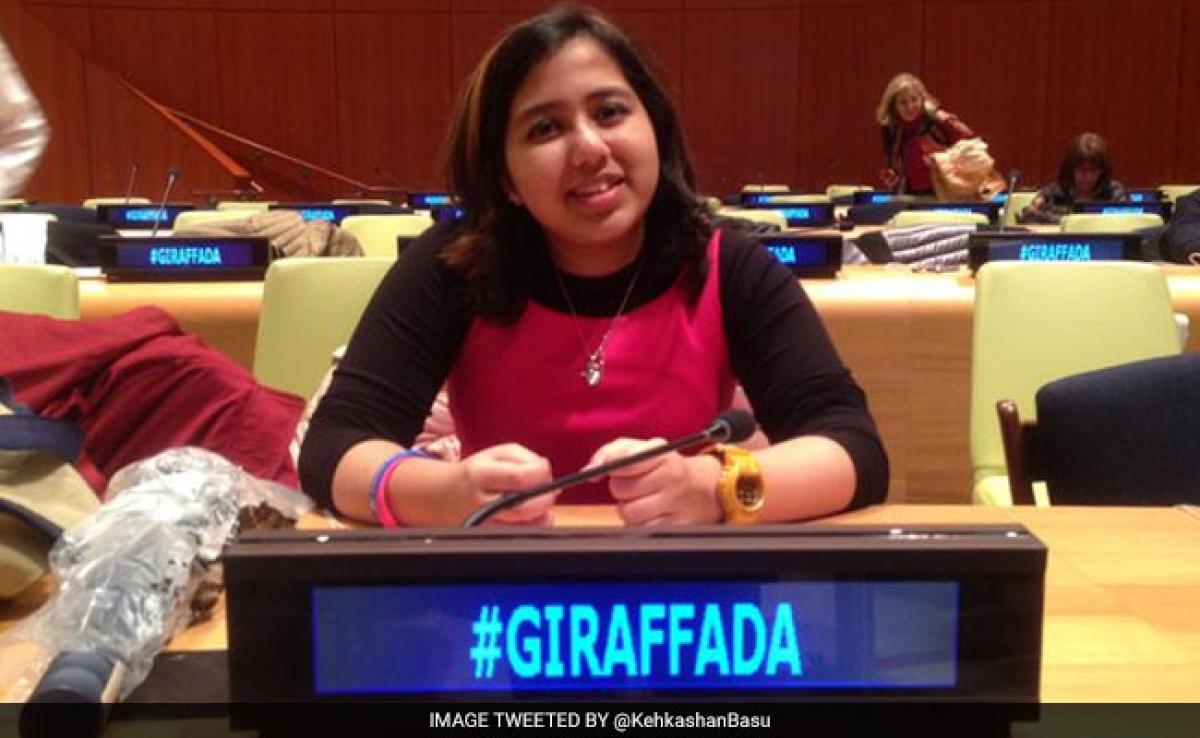 A 16-year-old Indian environmental activist based in the UAE has won this year-'s prestigious International Children-'s Peace Prize for her fight for...

​The Hague: A 16-year-old Indian environmental activist based in the UAE has won this year's prestigious International Children's Peace Prize for her fight for climate justice and combating environmental degradation.

Kehkashan Basu, a pupil at Deira International School in Dubai, was selected from 120 entries by the international children’s rights organisation KidsRights, which launched the annual competition in 2005.

Kehkashan Basu was presented the award by Bangladesh's Nobel peace laureate Mohammad Yunus at a glittering ceremony in The Hague.

Yunus, who won the Nobel Peace Prize in 2006 for his efforts for economic and social development, underlined the urgency and importance of Kehkashan's work, as more than three million children under the age of five die every year from environment-related diseases and many more suffer deeply from environmental issues.

"It is a great achievement for such a young person to already have such reach and impact with her important message," Yunus said.

"A healthy environment is essential for the survival, wellbeing and development of children, and therefore it is a precondition for the realisation of the rights of the child.

Kehkashan teaches us that we all have a responsibility to work towards a sustainable future," he said.

After receiving the prize, Basu said she would "keep campaigning to encourage children and adults to create a more sustainable future".

"I call upon everyone to think of how they can contribute to the preservation of the environment...Time is not on our side — we have to act now, or we will have polar bears under palm trees," she said.

When Kehkashan was eight, she started educating neighbours on the importance of saving the environment. She planted her first tree and brought together children to collect and recycle waste, according to KidsRights Foundation that has instituted the award.

She founded her organisation Green Hope at the age of twelve, through which she has initiated countless cleanup operations and awareness campaigns.

Kehkashan then became the youngest ever Global Coordinator for the Major Group for Children and Youth of the United Nations Environmental Programme.

Green Hope has become an international organisation with activities in more than ten countries and over a thousand young volunteers.

Basu was nominated for the Children's Peace Prize by her father and was selected for the award from among 120 nominees from 49 countries.

The International Children's Peace Prize is an initiative of Marc Dullaert, Chairman and Founder of the Dutch KidsRights Foundation, and is awarded annually to a child, anywhere in the world, for his or her dedication to children's rights.

The winner receives the statuette 'Nkosi', which shows how a child sets the world in motion.