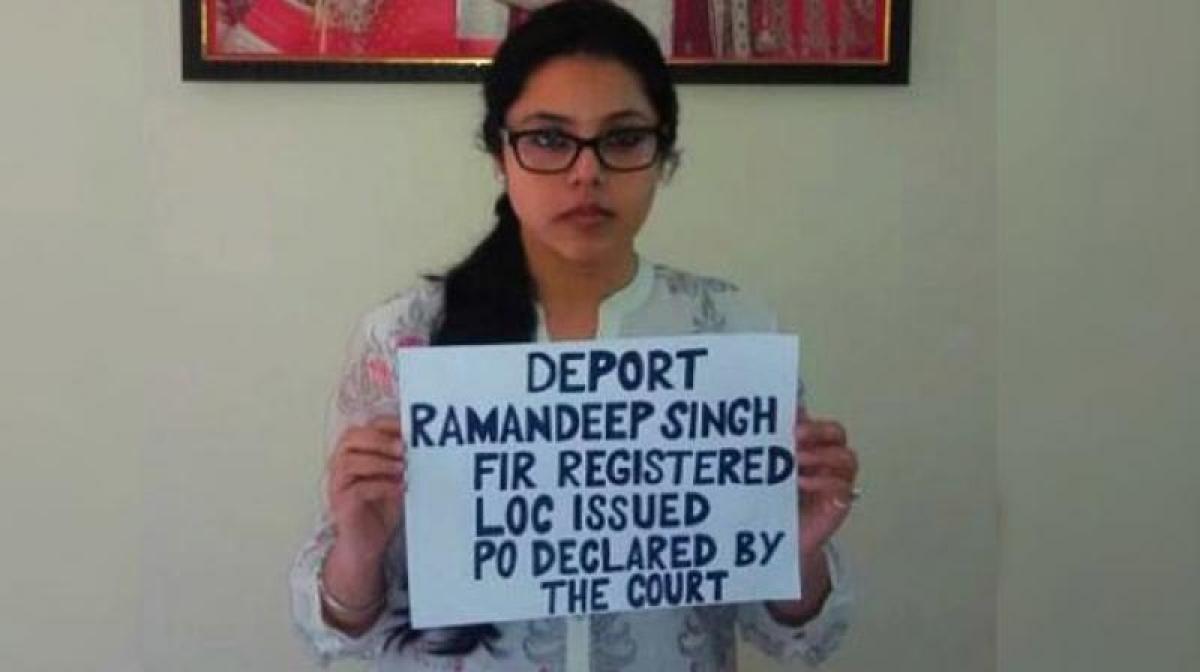 A 29-year-old woman who has been deserted by her NRI husband has sought help from External Affairs Minister Sushma Swaraj. She has requested the...

Chandigarh: A 29-year-old woman who has been deserted by her NRI husband has sought help from External Affairs Minister Sushma Swaraj. She has requested the minister to get him deported from New Zealand. Though her husband, Ramandeep Singh, has been declared a proclaimed offender by the Punjab Police, Chand Deep Kaur has requested Swaraj for help, saying that she wants to set an example so that no other Non-Resident Indian cheats his wife.

"I have sought (Sushma) Swaraj's help in getting my husband deported. He is in New Zealand," Kaur, who is based in Kapurthala, said.

She also wants her husband's passport to be cancelled. "I want to set an example so that no other NRI husband can ever dare to cheat a woman. I also want stringent laws in place to check such men," she said.

Kaur said she has received a call from the ministry to send relevant documents in connection with her case. "I want him back here for divorce so that I can start my life afresh," she said.

Chand Deep Kaur married Ramandeep Singh, who was working as an accountant in Auckland, in July 2015. "Soon after our wedding he returned to New Zealand, in August 2015," Kaur said. "I stayed with him at his family's house in Jalandhar," she said. "He returned to India briefly in December 2015 and went back to New Zealand in January 2016," she said.

"I spent just 40-45 days with my husband," she said. She alleged that the behaviour of her in-laws changed after marriage. "They told me that they had disowned Ramandeep so I should move back with my parents," Kaur claimed.

"I tried calling my husband repeatedly, but he did not respond. I even tried to contact members of my in-laws' family but they also refused to respond, and blocked my number instead," she said.

She then lodged a complaint against her husband in August 2016. He was booked under charges of criminal breach of trust, among other sections of the Indian Penal Code. A look-out circular was also issued against Ramandeep, she said.

A police official in Jalandhar later said Ramandeep was declared a proclaimed offender in February 2017.