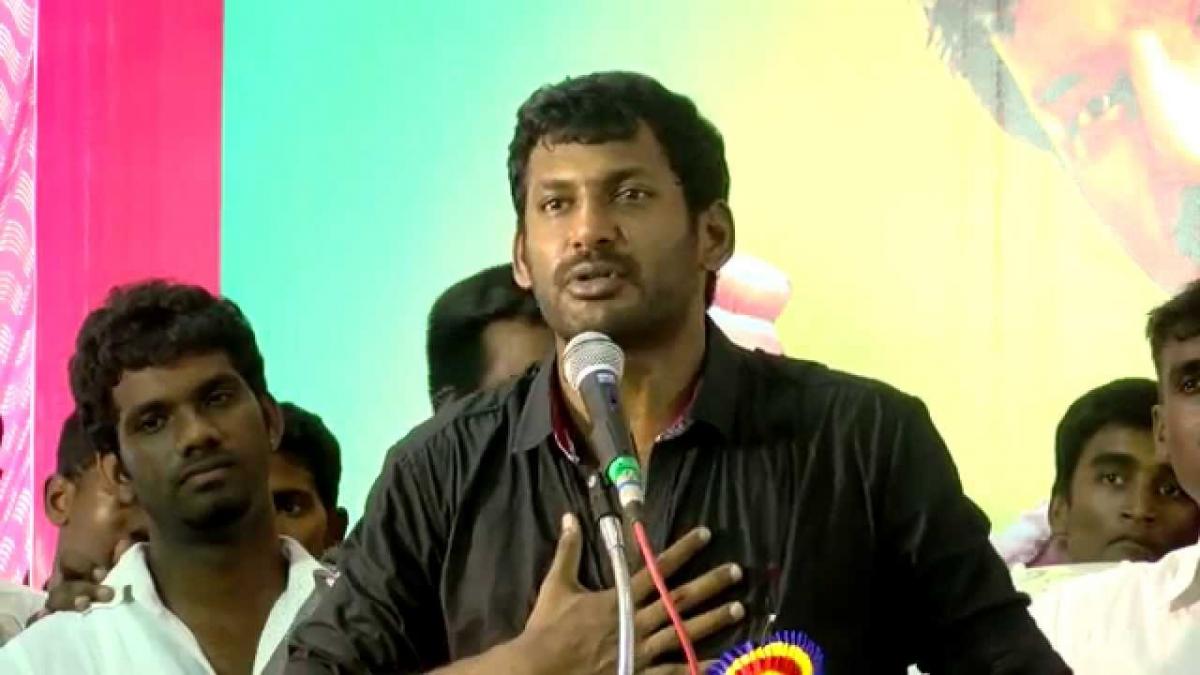 The elections for the South Indian Film Artistes’ Association (SIFAA), popularly known as Nadigar Sangam are currently in progress at Alwarpet in Chennai. 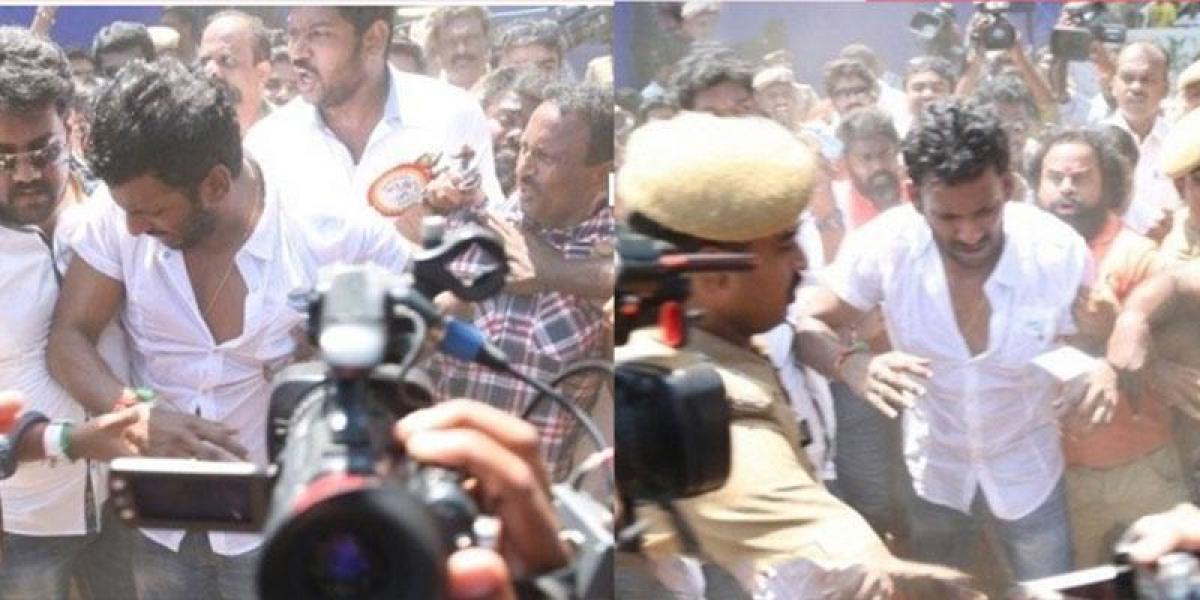 The elections for the South Indian Film Artistes’ Association (SIFAA), popularly known as Nadigar Sangam are currently in progress at Alwarpet in Chennai. Sarathkumar was elected in the last election, unopposed for the third time.

However, chaos erupted in the elections as actor Vishal was attacked in the ongoing Nadigar Elections and sustained injuries. He was rushed to the hospital immediately for treatment.
Vishal said that veteran actor Sarath Kumar was responsible for the attack as he was in fear of defeat in Nadigar Elections. For the past ten years, Sarath Kumar and general secretary Radha Ravi had been running the South Indian Film Artistes’ Association. This time Sarath Kumar was competing with ‘Pandavar Ani’, led by Vishal, Nasser and Karthi.
According to sources, Vishal is said to have high chances of winning the elections which is the reason behind Sarath Kumar's attack on the actor. By Sunday evening, the Nadigar Sangam Elections results will be revealed.
Show Full Article
Email ArticlePrint Article
More On