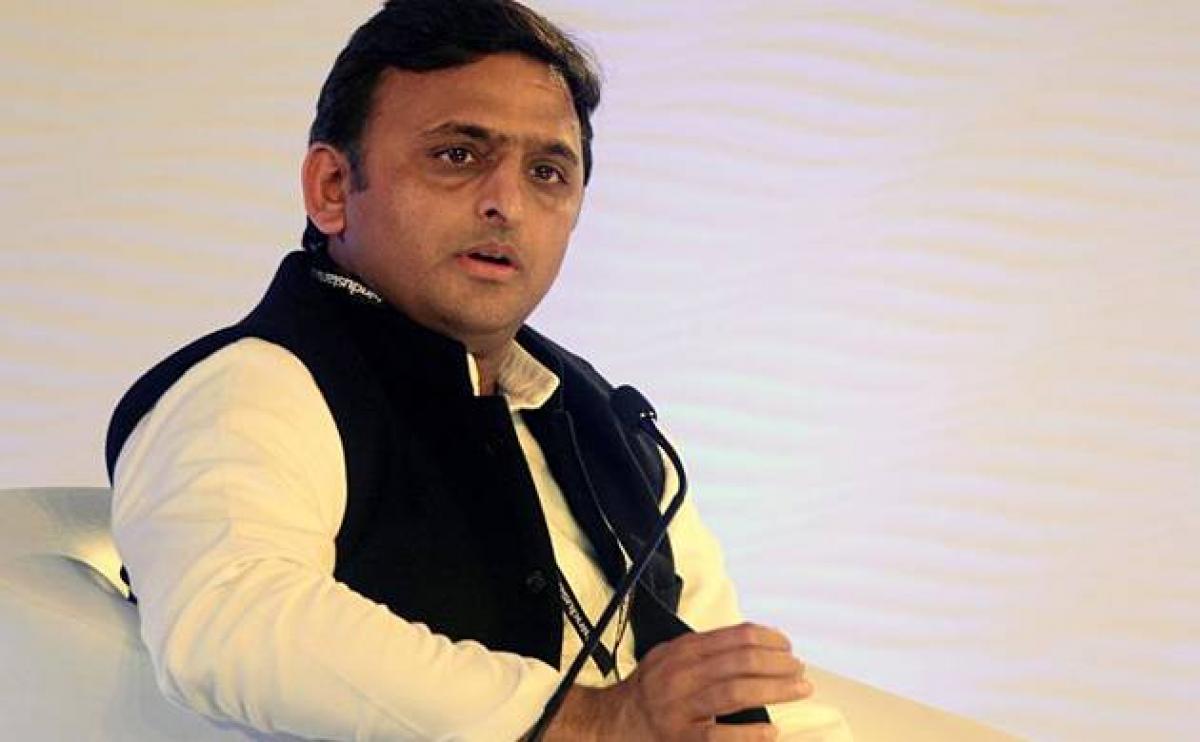 Uttar Pradesh chief minister Akhilesh Yadav was scheduled to chair a meeting of Samajwadi Party MLAs at his official residence on Saturday, a day after he was expelled from the party by his father Mulayam Singh Yadav following months of a political family feud.

Uttar Pradesh chief minister Akhilesh Yadav was scheduled to chair a meeting of Samajwadi Party MLAs at his official residence on Saturday, a day after he was expelled from the party by his father Mulayam Singh Yadav following months of a political family feud.

Akhilesh has been locked in a dispute with Mulayam – the Samajwadi Party chief -- and his uncle Shivpal Yadav, a senior party member, ahead of key Uttar Pradesh elections. The UP CM, 43, has been trying to shake off the influence of his father and uncle, finding support instead in his trusted adviser and other uncle Ram Gopal Yadav.

The move to expel Akhilesh has triggered a wave of support for the chief minister with television images showing scores of people standing outside his residence with posters and shouting slogans against Shivpal.

Political observers have predicted Akhilesh may split from his father’s party to form his own camp.

Mulayam, too, has called the SP’s parliamentary board meeting on Saturday.

Some SP leaders have blamed “outsider” Amar Singh for the crisis in the party and UP’s ruling family. Reacting to Friday’s developments in the party, Singh told ANI: “Whatever people are doing against him (Mulayam), it’s all unconstitutional and wrong.”

“I extend my complete support to Netaji. Disrespecting him is like breaking the discipline in the party,” Singh added.

The family conflict came to a head on Friday when 77-year-old Mulayam announced he was expelling his son and Ram Gopal for “weakening the party” he founded in 1992.

“Chief Minister Akhilesh Yadav has also been removed from the party for six years,” Mulayam told reporters in the state capital Lucknow.

“We want to save the party. My intention is not to punish anyone but a lot of effort... went into the making of this party and we must save it,” he said with his brother Shivpal beside him.

In 2012, Akhilesh became the youngest ever chief minister thanks to his soaring popularity with younger voters, who elected him on promises of more jobs and a greater share in India’s economic growth.

Family relations have soured in the run up to the state elections, which are likely in February, with rival members vying for greater control of the party, resulting in several tit-for-tat sackings by Akhilesh and Shivpal of each others’ supporters since August.

Mulayam has sided with his brother Shivpal, often humiliating and snubbing his own son in public.