Will fight UP polls with development and good governance: BJP 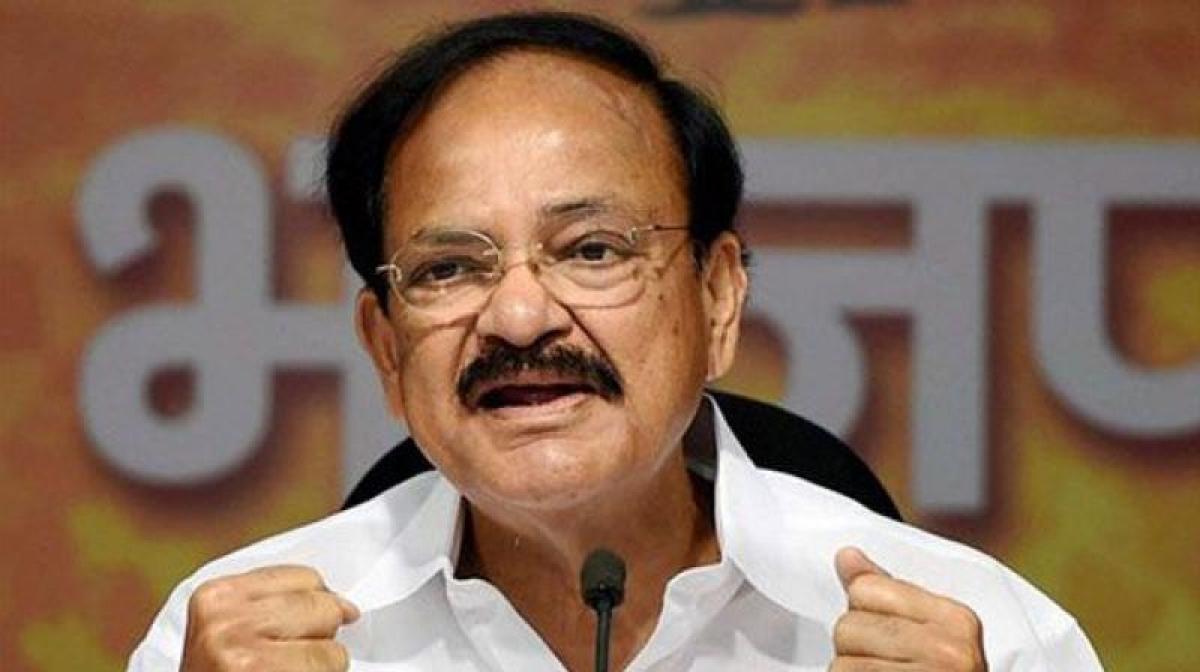 Taking a jibe at the Congress-SP alliance in Uttar Pradesh, Union Minister M Venkaiah Naidu on Thursday said two families coming together to share power does not mean that the state of affairs in the state would change.

Taking a jibe at the Congress-SP alliance in Uttar Pradesh, Union Minister M Venkaiah Naidu on Thursday said two families coming together to share power does not mean that the state of affairs in the state would change.

"Two families have come together to share power, you cannot say things are going to change," Naidu told reporters at an interaction at the IWPC.

The Union Information and Broadcasting minister said the BJP would contest the elections on the issue of development and good governance.

He alleged that the state had faced "lawlessness" and "corruption" but attempts have been made to divert focus from the real issues.

"They are trying to divert the attention from the main issue - who gets the cycle and who sits on the carrier- the question is of governance. For the last ten years there is no governance in Uttar Pradesh, there is lawlessness violence and corruption," Naidu said.

Asked about BJP not declaring a Chief Ministerial face, Naidu said the party has won several state elections even without declaring a CM face.

In response to a question related to the difficulties faced, Naidu said that various stakeholders would be consulted.

"Let us identify what all are the problems and what are the solutions without affecting the interests of the common man, without costing much to the exchequer also," Naidu said assuring that the government would take appropriate steps.

Naidu said the government has sympathy for newspapers but added that its support depends on circulation.

"I have come across somewhere that couple of newspapers from one printing press," he said apparently suggesting that in some cases there could be apprehensions also.

Naidu also said that the opposition has never had so much say like they do now but they still don't allow the Parliament to function.

Naidu also said that people are solidly behind the Prime Minister on the issue of demonetisation. He said that while there may be some temporary difficulties, it will be good for the country in the long term.

Naidu also said that demonetisation was not a decision taken with electoral gains in mind but the overall good of the country. He said the bold move has such impact that even economists may not have seen such a thing.

He said that in several elections after demonetisation, BJP has won.

On a question related to whether the government plans reforms in political funding, Naidu said that a broad political consensus should be created on the issue at the earliest.

In a question related to the Union Budget before polls in five states, Naidu said that it is for the nation and not state specific.

Asked about a letter reportedly written by BJP leader Subramanian Swamy about a channel being named 'Republic', Naidu said that issue would be looked at from the rule position.