'Hand' to steer 'Cycle' and defeat BJP in UP: Akhilesh, Rahul 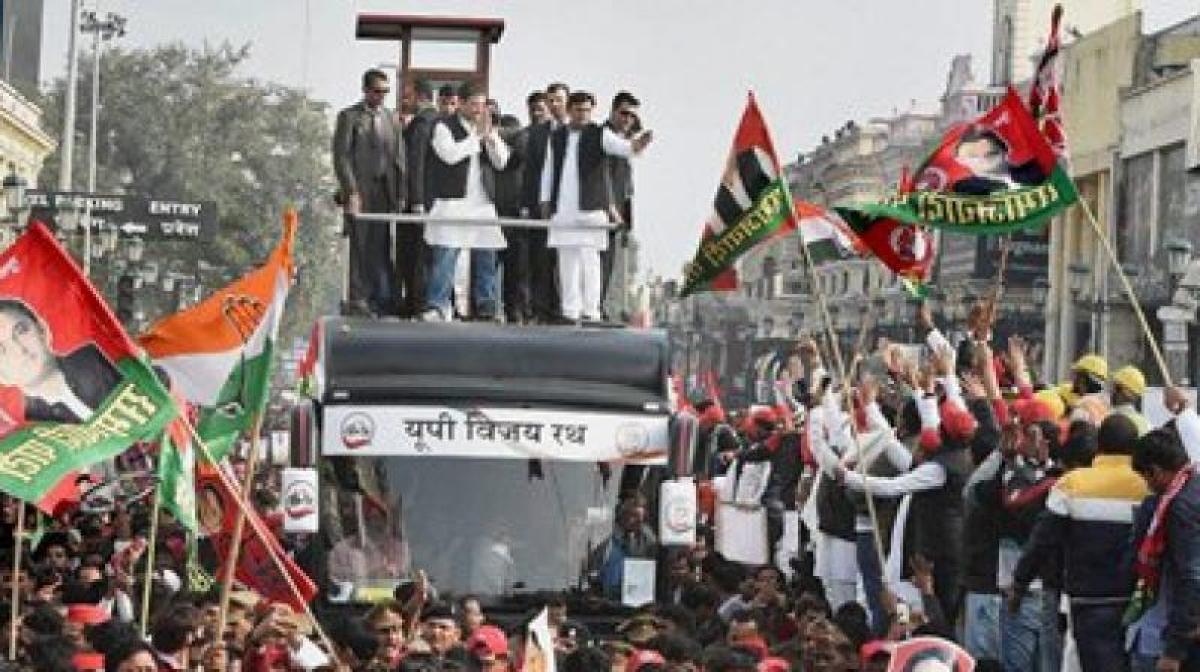 Reflecting camaraderie and personal bonding, the scions of Congress and Samajwadi Party showcased themselves as the two wheels of a bicycle.43-year-old Akhilesh said, "There is not much difference in age between us and today is the beginning." Rahul is 46.

"Rahul and I will take the state ahead on the path of prosperity," he said at the hour-long press conference.

The Congress leader said partnership between Congress and SP was the "uttar" (answer) to BJP's politics of anger and divisiveness.

"The alliance is the confluence of Ganga and Yamuna out of which the Saraswati of development will come out...We have similarities and differences too. We want to contest the elections on similarities and will also have to do some compromises...," Rahul said.

"Yeh dil ka alliance hai, mil ke jeetenge (It is an alliance of heart, we will win together)," the Congress leader said.

Rahul said the alliance was for three Ps - progress, prosperity and peace - to which the SP president added another P - people.

Days after stitching an electoral alliance for the high stakes assembly polls, Rahul arrived here on a special plane from Delhi for the maiden outing of the two leaders since the pact was announced for the polls, which start from February 11.

Insisting that their alliance was "people's choice" in the elections, Rahul and Akhilesh embraced each other and launched the campaign with a tagline? 'UP ko ye saath pasand hai' (UP favours this alliance).