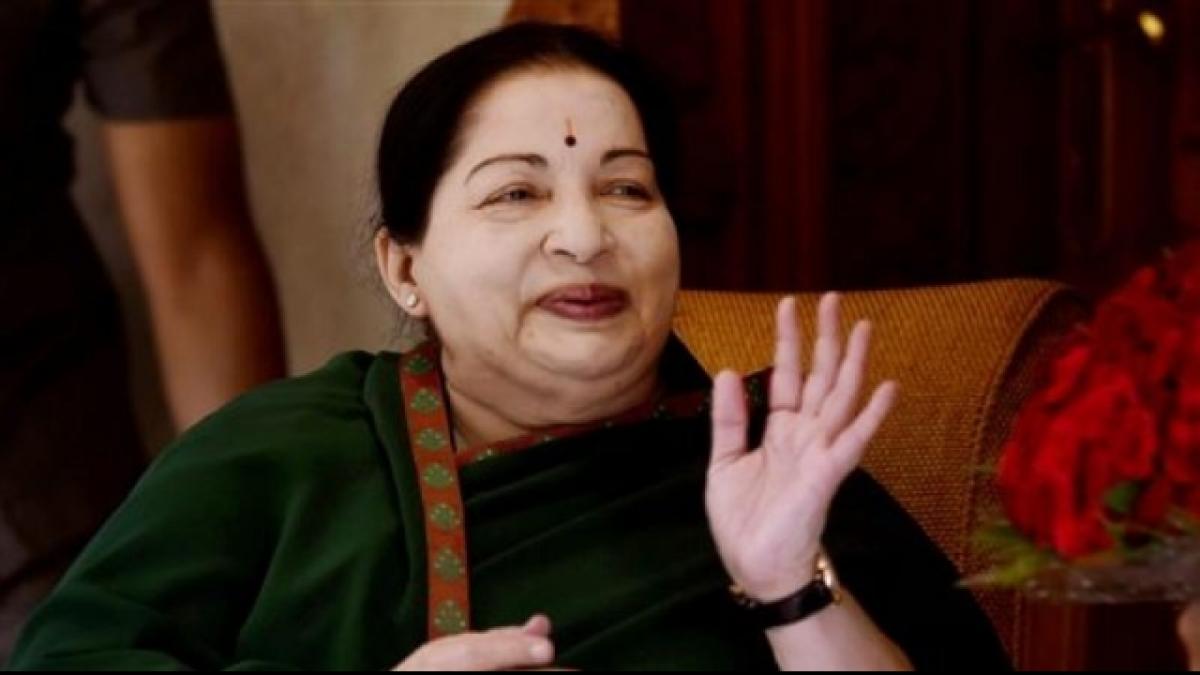 Over Rs 5 crore was spent on Jayalalithaa\'s treatment after she was rushed to the Apollo Hospital here on the night of September 22, where she subsequently died after 75 days.

Over Rs 5 crore was spent on Jayalalithaa's treatment after she was rushed to the Apollo Hospital here on the night of September 22, where she subsequently died after 75 days.

P Balaji of Madras Medical College, who attended on the late chief minister, told reporters that the hospital bill for the treatment provided to her came around Rs 5 crore to Rs 5.5 crore.

K Babu of Apollo Hospitals and Balaji said Jayalalithaa was admitted with "uncontrolled diabetes alongside septicaemia and that the best of treatment was given."

They, along with Richard Beale, clarified that when admitted, Jayalalithaa had fever and dehydration and it was found that her sugar levels were uncontrolled. She also had urinary infection.

The expensive treatment involving the use of Extracorporeal membrane oxygenation (ECMO) machine was also engaged during her final stages, they said.

Richard Beale, the British doctor who treated her asserted that she was conscious while being brought in an ambulance from her home.

The late Chief Minister was on and off ventilator and often also interacted after being admitted for fever and dehydration, Richard Beale told a news conference here.

Beale was flanked by P Balaji of Madras Medical College and K Babu of Apollo Hospitals, who had signed in election forms on which her thumb impression was taken.

This was for nominating AIADMK candidates for elections to two seats and bypoll to one segment last year.

Beale clarified that it was possible for sepsis, the body's response to infection, to spread fast and damage other organs though Jayalalithaa showed signs of recovery during her 75-day stay at the Apollo Hospitals.

On the day she was admitted "she became short of breath at home and very short of breath when the ambulance brought her to the hospital...there was an infection resulting in damage to organs and contributing to shortness of breath".

He said at that time "it was not clear" what the source of infection was "but subsequent tests showed there was indeed infection in her blood".

"So bacteria were going from the blood and that was where the infection was identified and resulted in her general poor condition," he said.
It was known that Jayalalithaa was suffering from diabetes and high blood pressure, he said.