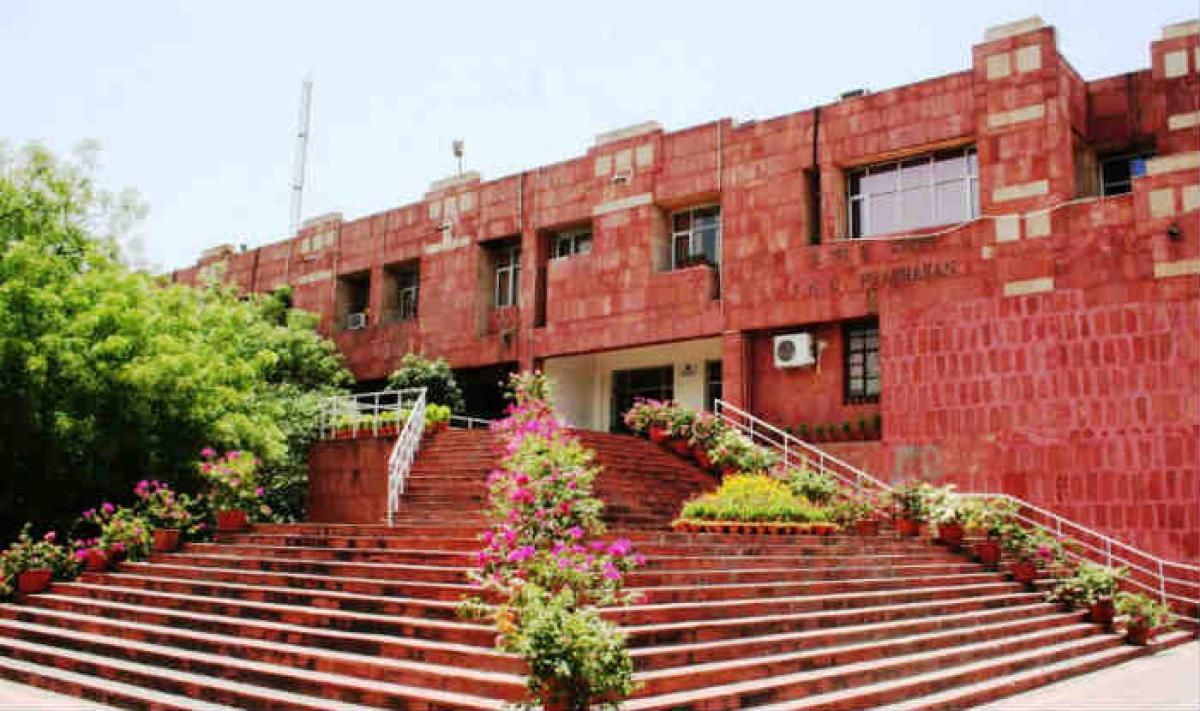 Delhi Police on Wednesday said a \"peaceful protest\" was being carried out by students in the JNU, even as the university authorities alleged in the Delhi High Court that the protestors were blocking the administrative block in the campus.

Delhi Police on Wednesday said a "peaceful protest" was being carried out by students in the JNU, even as the university authorities alleged in the Delhi High Court that the protestors were blocking the administrative block in the campus.

When the matter came up for hearing before Justice V K Rao, the police submitted that the students were holding a protest sit-in 50 metres away from the administrative block.

"The Vice Chancellor, teachers and staff of JNU are using the administrative block without any hindrance. Everything is smooth there and even there is over 300 official from the JNU security.”

"We can also go over there right now if the court asks. There is no constitutional breakdown. It is a peaceful protest. No untoward incident so far," the counsel for police submitted.

The students are protesting the recent amendments made in the Jawaharlal Nehru University's (JNU) admission policy which they claim will lead to a massive cut in MPhil and PhD seats.

They have been sitting since February 9 at the administrative block, which they have named as 'Freedom Square'.

The matter came up before the court as the administration filed a plea claiming a "siege" of the university and seeking removal of and legal action against the protestors against whom an FIR has been registered in this connection.

The counsel for the police also objected to the listing of the matter before the court, saying it was not empowered to hear criminal matters.

Taking note of this, the judge referred the matter to the bench of Chief Justice G Rohini to decide whether the issue raised in the plea fell under the purview of education or crime. The petition has been fixed for further consideration on March 6.

The police also submitted before the court that an FIR has already been lodged in the case and there was no such siege as claimed by the varsity.

However, Additional Solicitor General Tushar Mehta and advocate Monika Arora, appearing for JNU administration, said the JNU staff and the Students Union (JNUSU) leaders be asked not to protest within 200 metres of the administrative and academic complexes as per the academic rules and regulations.

The plea also sought the appointment of an observer by the court who can videograph when the students are being removed. It also sought restoration of the functioning of the varsity's administrative block.

It demanded police protection for varsity officials so that they can enter the administrative block and get the documents which the petitioners want.