UP Elections 2017: Joint Roadshow Of Rahul Gandhi, Akhilesh Yadav In Varanasi On March 4 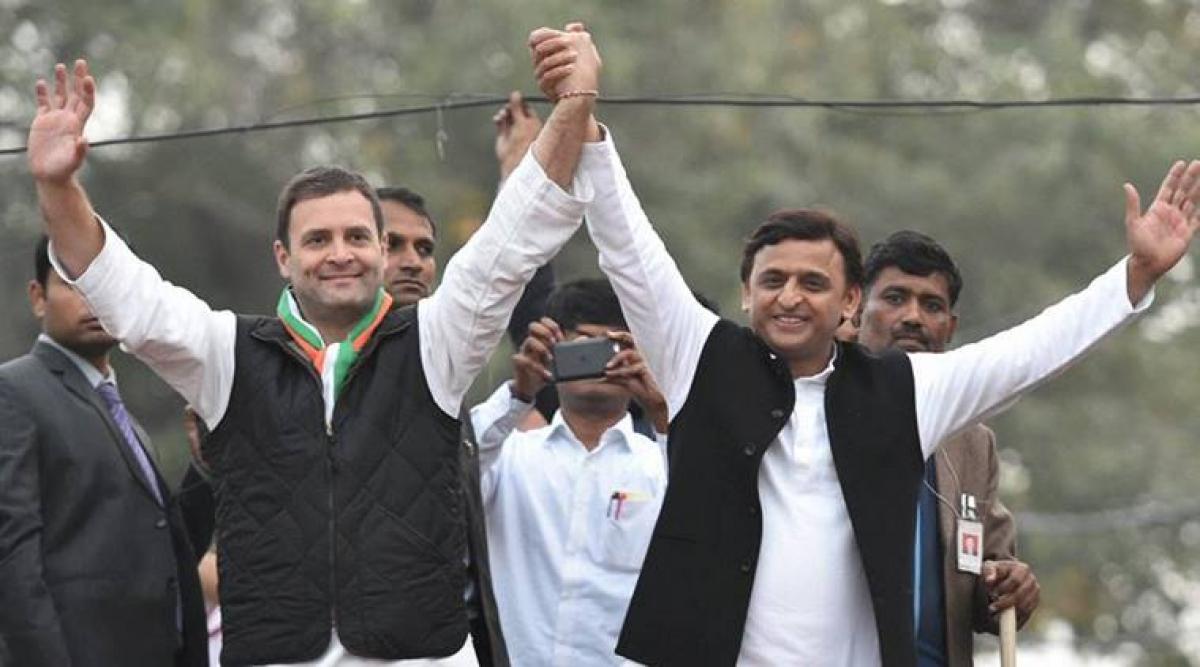 The joint roadshow of Congress vice-president Rahul Gandhi and Uttar Pradesh Chief Minister Akhilesh Yadav in Varanasi will now be held on March 4, after it was postponed twice.

The joint roadshow of Congress vice-president Rahul Gandhi and Uttar Pradesh Chief Minister Akhilesh Yadav in Varanasi will now be held on March 4, after it was postponed twice.

"The joint roadshow will be held on March 4," District Congress president Prajanath Sharma said, adding that the route would be finalised soon.

The joint roadshow, first planned for February 11, had been postponed in view of large numbers of pilgrims visiting the temple town on the occasion of Ravidas Jayanti.

The roadshow was then scheduled for February 27, which too had to be postponed due to some "unavoidable reasons".

Mr Rai is the sitting Congress MLA from the Pindra Assembly seat.

On March 4, before heading for the joint roadshow, Mr Yadav will "individually" address some public meetings in support of Samajwadi Party candidates in eastern UP districts.

The Chief Minister will first address a public meeting in Keshavpur in Bhadohi district and then in Munari in Varanasi district in favour of the Samajwadi Party candidates.

Both the leaders have earlier too held roadshows in Lucknow, Kanpur and Agra, traveling together in a souped-up Mercedes SUV and drawing big crowds.

Varanasi, which is represented by Prime Minister Narendra Modi in the Lok Sabha, goes to poll in the last of the seven-phase Assembly election in Uttar Pradesh on March 8. Counting of votes will take place March 11.