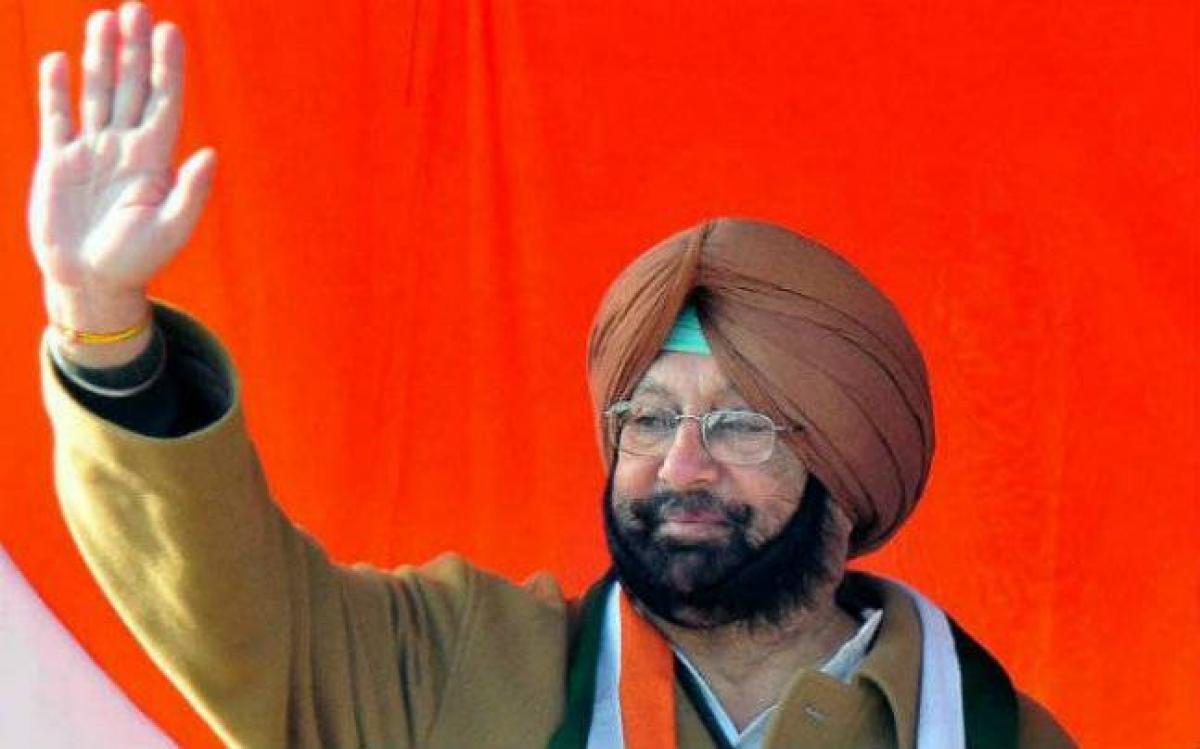 Amarinder Singh was sworn-in as the Chief Minister of Punjab on Thursday.

Amarinder Singh was sworn-in as the Chief Minister of Punjab on Thursday.

He was administered oath of office and secrecy by Punjab Governor V.P. Singh Badnore at an impressive ceremony at the Punjab Raj Bhawan here.

This is the second time that Amarinder, 75, has become Chief Minister of the state. He earlier held the office from 2002 to 2007