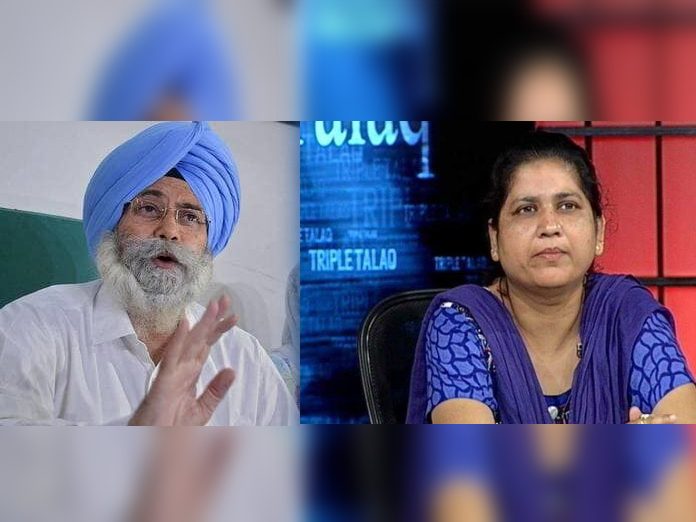 Union Home minister Rajnath Singh will felicitate former AAP leader H S Phoolka, who has been representing victims of the 1984 antiSikh riots in...

New Delhi: Union Home minister Rajnath Singh will felicitate former AAP leader H S Phoolka, who has been representing victims of the 1984 anti-Sikh riots in courts for the last three decades, and triple talaq activist Shayara Banu at a function on Sunday.

The function will be held at Union minister Vijay Goel's residence on Ashoka Road. “Home Minister Rajnath Singh will felicitate Phoolka for his long legal battle in anti-Sikh riot cases and also honour Shayara Banu who has been at the forefronta of challenging triple talq in the court,” Goel said.

Shayara Banu had approached the Supreme Court seeking a ban on triple talaq becoming the first Muslim woman to challenge a personal law practice, citing her fundamental rights. The senior lawyer (Phoolka) had resigned earlier this month from the Aam Aadmi Party without giving any reason behind the move. He had met Goel to greet him on his birthday on January 4, amid speculations that he may join the BJP.

Commenting on Phoolka's resignation from AAP, Goel had said “He quit AAP recently. (It is) better late than never.” Phoolka has avoided giving any reason for quitting the AAP and expressed his desire to float a non-political outfit in Punjab to fight the drug menace and the perceived politicisation of the Shiromani Gurdwara Parbandhak Committee (SGPC). He, however, was averse of alliance between the AAP and the Congress.

Reports about a pre-poll tie-up between the two parties is doing the rounds, with none of them denying it officially. The sources claimed Phoolka was also annoyed over the AAP's stand on the demand to strip former prime minister Rajiv Gandhi of the Bharat Ratna for "justifying" the anti-Sikh riots. Phoolka had said that the conversion of Anna Hazare's anti-corruption movement into a political party in 2012 was a wrong step.

He has not declared his future political move, although he has announced that he would not contest the upcoming Lok Sabha election.