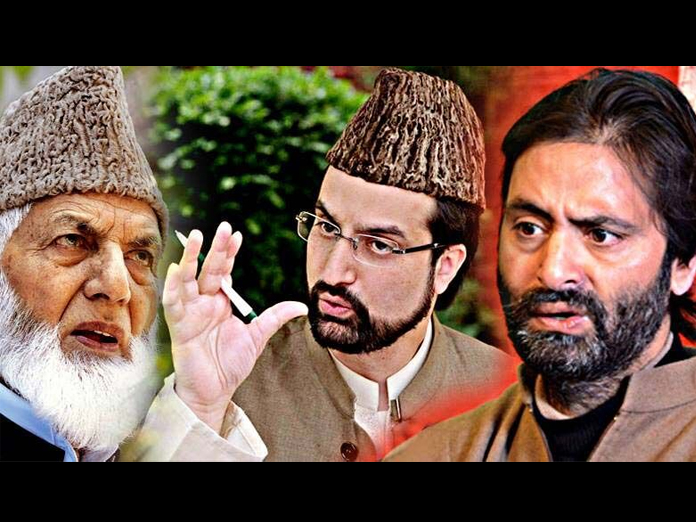 Separatists on Tuesday called for a twoday shutdown to protest the legal challenge to Article 370 and Article 35A of the Constitution, which grant special status to Jammu and Kashmir and special rights and privileges to its permanent residents, respectively

Srinagar: Separatists on Tuesday called for a two-day shutdown to protest the legal challenge to Article 370 and Article 35-A of the Constitution, which grant special status to Jammu and Kashmir and special rights and privileges to its "permanent residents", respectively.

Petitions have been filed in the Supreme Court, challenging the constitutional validity of Article 370 and Article 35-A. "People of Jammu and Kashmir will forcefully resist every challenge by New Delhi to change the demography of the State by rolling back hereditary state subject laws of 1927 (protected by Article 35-A of the Constitution), being contested in the Supreme Court of India through their agents," separatists' Joint Resistance Leadership (JRL) said here.

The apex court is scheduled to hear the petitions challenging Article 35-A during the week. To protest the "vicious move", the separatists called for a complete strike on Wednesday and Thursday.

"The late announcement and ambiguity over the dates of hearing of (PILs against) Article 35A and Article 370 by Supreme Court on 13 or 14 of February is worrisome, and indicates mischief," the JRL, comprising Syed Ali Geelani, Mirwaiz Umar Farooq and Yasin Malik said.

"(We) understand that frequent shutdowns add to the hardship already experienced by people as a result of occupation, but it is imperative to register our strong protest in the wake of such threatening measures," it said.

The separatist amalgam said it is an "extremely critical issue" about the very existence of people and about "our disputed status".

The JRL warned of a mass agitation if the court gives a decision "adverse to the interests of the people of Jammu and Kashmir" and the state's status. "Those forcing us to react" will be responsible for the consequences, it said.