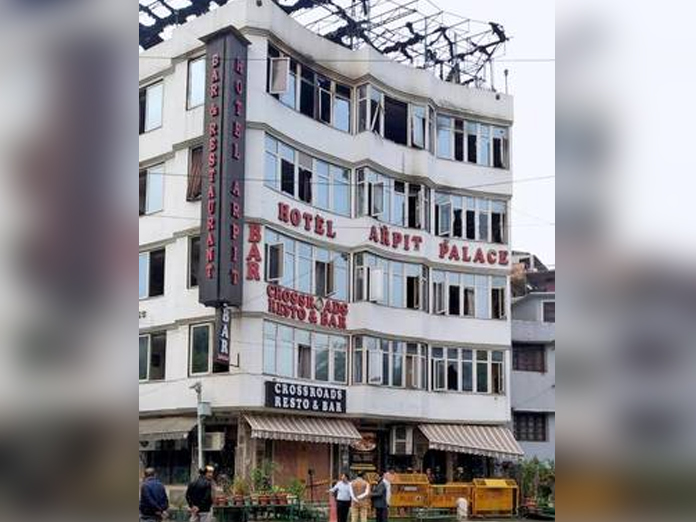 In the aftermath of a Karol Bagh hotels massive fire killing 17 people, the Delhi government has cancelled fire safety licences of 30 establishments in the area in the last two days for various violations

New Delhi: In the aftermath of a Karol Bagh hotel’s massive fire killing 17 people, the Delhi government has cancelled fire safety licences of 30 establishments in the area in the last two days for various violations.

Delhi Home Minister Satyendar Jain said that the fire department will intensify its drive against errant hotels across the city to prevent recurrence of Karol Bagh-like incident in the future.

Jain said that in the last two days, 45 hotels were inspected by department officials in Karol Bagh and of these, 30 were found to be violating rules and their fire safety certificates were cancelled.

According to the minister, municipal corporations and police have been asked to take necessary action to seal these establishments.

On February 12, a fire tragedy at Arpit Palace hotel had claimed the lives of 17 guests.

“On February 13, 23 hotels were inspected by the fire department and of this, 13 were found violating fire safety norms.

Next day, 17 hotels out of 22 were found to have violated rules. We have written to municipal corporation and police to take steps to seal them,” he said.

The minister said that in its report the fire department said that hotel management used carpets and covered walls with wooden material, which fuelled the flames. The minister added that a magisterial inquiry is underway in the matter.