Watching rowdies & psychos in Assembly. Once again the people of Andhra Pradesh have been left high and dry as the five-day session of Assembly failed to take up people’s issues and, instead, frittered away valuable time over petty issues.

During the five-day AP Assembly Session, immediate public issues like skyrocketing prices of onions, impending steep hike in prices of rice following acute drought conditions, waiver of loans to farmers, and suicides by students and ragging menace – which were agreed upon during the Business Advisory Committee (BAC) meeting – remained confined to paper and, instead, ‘rowdies and psychos’ took over the proceedings. YSRCP gave notices for adjournment motion more over political issues and tried to virtually dictate terms to the Speaker

Hyderabad: Once again the people of Andhra Pradesh have been left high and dry as the five-day session of Assembly failed to take up people’s issues and, instead, frittered away valuable time over petty issues. 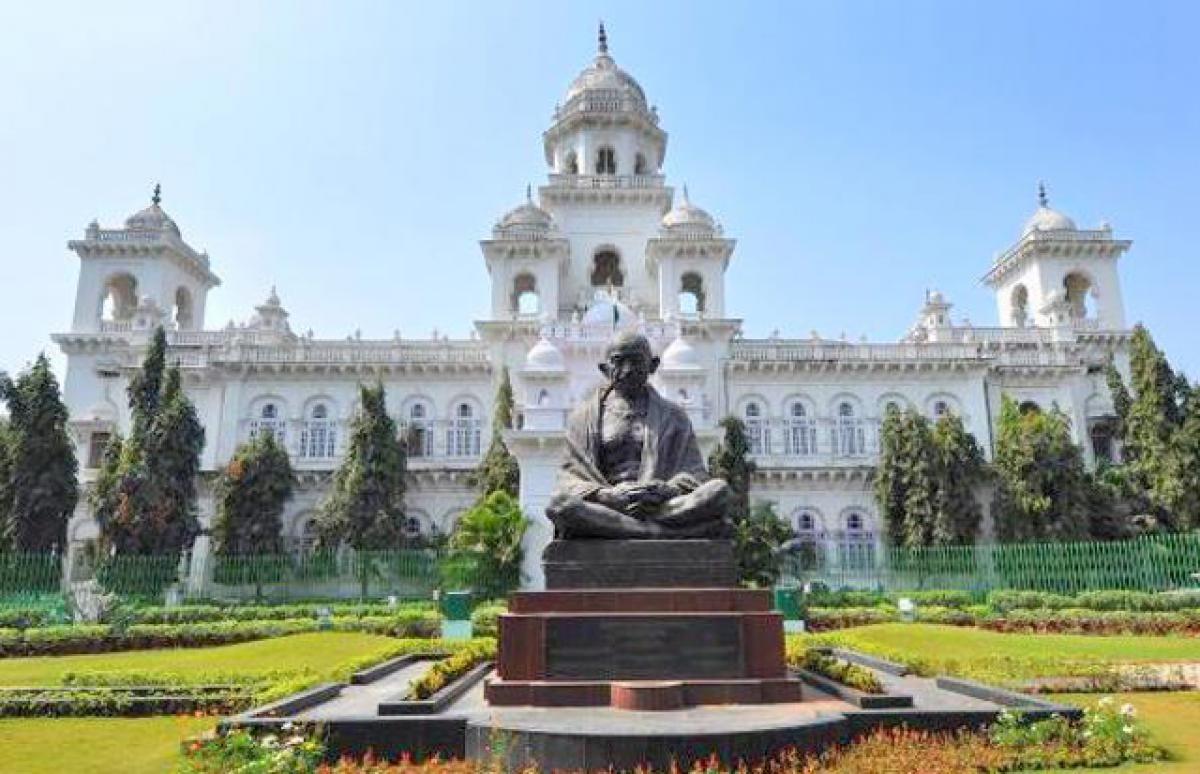 The intention expressed by the opposition and the ruling party to discuss skyrocketing prices of onions, the impending steep hike in the prices of rice following acute drought conditions, waiver of loans to farmers, suicides by students and ragging menace during the Business Advisory Committee (BAC) meeting remained confined to paper and instead ‘rowdies and psychos’ took over the proceedings.

The five-day session has shown how politics is getting degraded and how the rules and procedures, maintenance of decency and decorum of the Assembly have been thrown to winds. The biggest misfortune of the Andhra Pradesh Assembly is that there are only two main parties – TDP and YSRCP. Though BJP has 4 members, they are allies of TDP and, hence, it is YSRCP and TDP which keep crossing swords every minute.

The old-timers who had been the members of Assembly have only one expression to exclaim: “What a fall! There is nothing like decency, there is no value for the word of Speaker. Assembly has become a battleground to settle political scores.” Veteran politicians recall the manner in which the Assembly sessions used to be held and conducted by great Speakers like Ayyadevara Kaleswara Rao (1956–62), B V Subba Reddy (1962–71) K V Vema Reddy (1971-72) Divi Kondaiah Chowdary and G Narayana Rao.

I was myself a witness to how the members used to respect the word of the Speakers like Narayana Rao. Narayana Rao had the courage to ask the then Chief Minister N T Rama Rao to sit down, Rama Rao had the grace to accept the Speaker’s directive. But now the opposition members rush to the podium, argue with the Speaker and raise slogans, which is against the rules and procedures of the Legislature.

Things were not that bad till 2000. Storming into the well was a rare practice. In case of difference of opinion on whether or not to admit a particular issue for discussion, the opposition never used to storm the Speaker’s podium and disrupt proceedings. This does not mean that they used to meekly submit to the decision of the Speaker. The Speaker used to seek the opinion of all the floor leaders on any contentious issue and a final decision used to emerge.

Since 2000, things started changing. Ruckus, pandemonium frequent adjournments, breaking of mikes, rushing to the well of the House even on frivolous issues, hurling abuses at each other, and giving a go-by to use of Parliamentary language started creeping in. Now the situation has reached a stage where the common man feels that the Assembly sessions are a mere ritual and not meant to discuss and find solutions to the problems faced by him.

These days, every member – whether from the opposition or from the ruling party – plays to the gallery. Everyone keeps repeating the word, “Prajalu chustunnaru” (People are watching). But one thing they forget is that the people who are watching them do not appreciate their behaviour either. The situation has reached such a pass that most of the time the Speaker becomes helpless and the only option he has is adjourn the House for some time. Even this is not helping in lowering the tempers in the House.

But now it is the political agenda that is dictating the subject matter of the adjournment motion and not the rules. During the five-day session, the YSRCP had been giving notices for adjournment motion more over political issues and had been trying to virtually dictate terms to the Speaker. The Leader of Opposition, Y S Jaganmohan Reddy, said to the Speaker on Tuesday that they would allow the House to function only if the Speaker agreed to their demand.

The five-day session also saw that whenever Jagan spoke, YSRCP members would sit in their seats, but at other times they would storm into well and stall the proceedings on some pretext or the other. Jagan too insisted that the Speaker should not fix the time limit for him to complete his speech since he was the Leader of the Opposition. According to the rules, every party will get time depending on the strength of the party in the House. Only the Leader of the House and the Ministers have right to intervene in a discussion.