Minimising damage during disasters . Cyclone was a word of panic to hear when the technology was not developed. But still it is a worry for administrations as there is no effective co-ordination among employees and sometimes people do not co-operate with the employees at the time of evacuation.

Cyclone was a word of panic to hear when the technology was not developed. But still it is a worry for administrations as there is no effective co-ordination among employees and sometimes people do not co-operate with the employees at the time of evacuation. But all these can be overcome with a good disaster management plan is chalked out and implemented on the ground. 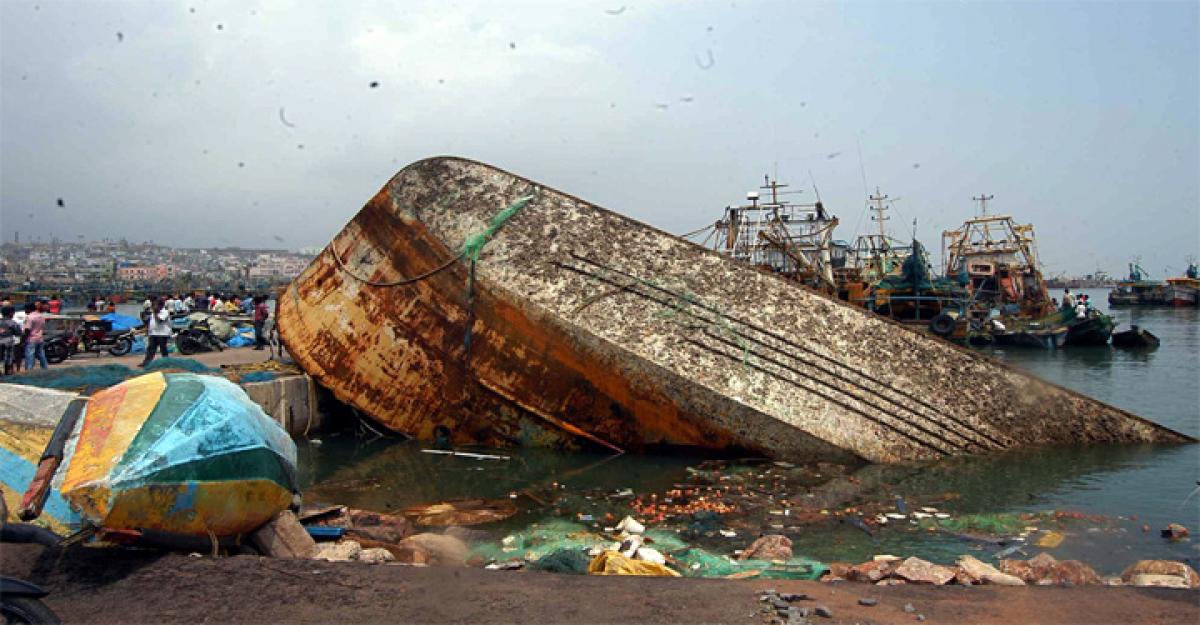 Our scientists are striving hard day and night to provide technology, but it all depends on grassroots management. On October 12, 2014, HudHud super cyclone which swept the entire North Andhra and made a huge loss to Visakhapatnam city and its surroundings. The HudHud cyclone had crossed the Vizag city with a wind speed of 200 km but it could not do much human damage because of the large-scale evacuation of people –improved technology enabled the state government to take many preventive measures.

When HudHud hit the Visakhapatnam, the state government under the guidance of Chandrababu Naidu had put all efforts to minimise the damage and succeeded. The Chief Minister stayed for a week in Visakhapatnam and monitored the relief works. The entire administration was involved in the relief work and it brought normalcy in Visakhapatnam within a weak. The CM had done a good work and became a role model for other CMs.

Odisha Chief Minister Naveen Patnaik had also done appreciable work and minimised the human damage. Cyclones these days are predictable and the governments can prevent maximum loss of either human life or property. Satellites are helping predict weather conditions in a correct manner, thanks to our great scientists putting in space INSAT-3D.

The information sent by INSAT-3D satellite was utilised fully. If we remember the November 17, 1977 Diviseema super cyclone swept the entire Krishna delta and made a heavy damage to human and property. Right technology was not available then to avert widespread loss of lives and damage to property.

On an average, every three years a cyclone or rainstorm or drought can take place in any part of the state. According to reports available, 103 cyclones have affected the state in this century. Just during October and November 2013, three major cyclones called Phailan, Helen and Leher hit the state and caused heavy damage.

Similarly in 2010, Laila and Jal occurred in the months of May and November, causing enormous damage to the standing crops. Likewise in October 2011, Thane cyclone had hit the state and in 2012 Nilam cyclone broke the spine of farmer. As per the revenue records of AP, severe cyclones occurred mostly in the months of May, September, October, November and December between 1977 and 2012.

Since 1981, Andhra Pradesh had acknowledged 76 cyclones and most of them crossed the coasts of Krishna and Nellore. In North Andhra, generally Srikakulam district had witnessed the crossing of cyclones as it is very near to Odisha coast. But unfortunately, in 2014 Visakhapatnam had the first experience to suffer the blow of HudHud cyclone.

The river Krishna received unprecedented floods in October 7 2009, which, it was believed, happened early only one thousand years ago. The floods wreaked havoc in all the districts of united state along the Krishna River. The Kurnool city was almost submerged and it was below ten feet of water for a week.

The Krishna barrage of Vijayawada received an 11,10,000 lakh cusecs of flood water and were let into the sea. In the case of Rayalaseema region, it is severely drought prone and Anantapur district is among the poorest rainfall districts in the country. The government has to think over how to deal with drought situation when it occurs again.