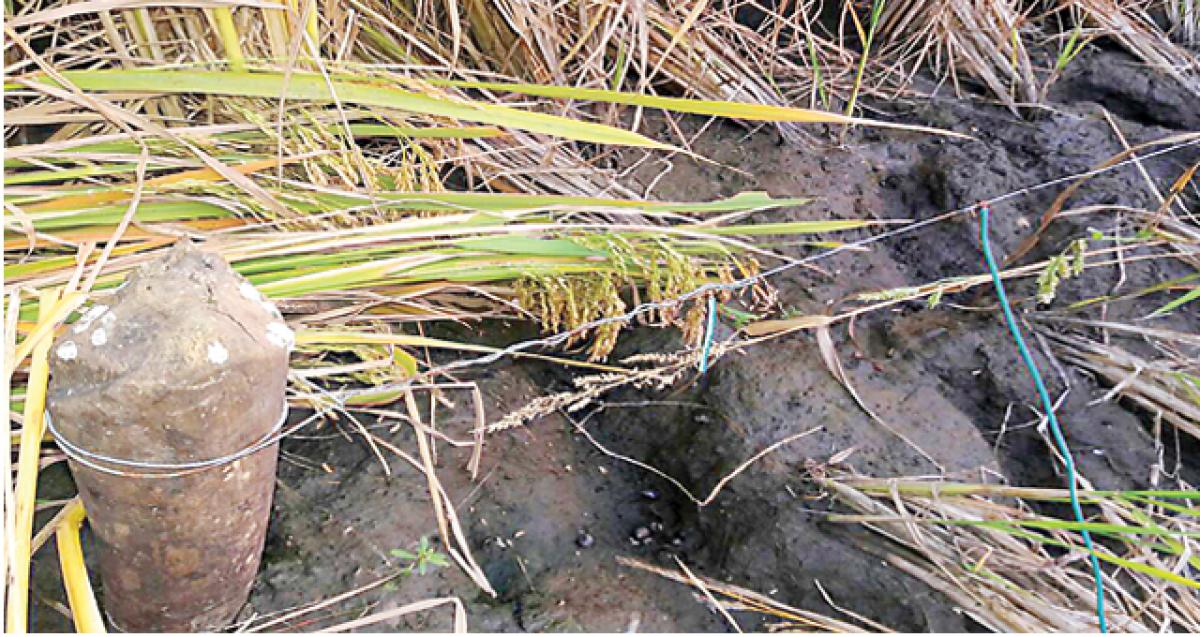 It is not an easy task to undertake cultivation on hilly regions and on the periphery of the forests. A number of wild beasts including wild boars,...

Adilabad: Farmers, who have been setting up electric fences to protect their crop from wild beasts, are inadvertently falling prey to them leaving their families in the lurch.

It is not an easy task to undertake cultivation on hilly regions and on the periphery of the forests. A number of wild beasts including wild boars, antelopes, monkeys, deer and foxes raid the crops and cause immense damage to all types of crops other than maize, wheat, paddy, Sajja and cotton crops.

Adivasi farmers cultivate in Kerimeri, Jainoor, Vankidi, Tiryani, Bejjuru, Sirpur T, Sirpur U, Dahegam mandals in Asifabad district.
All these farmers have been striving hard to protect their crops from wild beasts by making fires and erecting electric fences.

Borranna, farmer and president of Ryot Swaraj Vedika, said that the farmers are erecting electric fencing to ward off the beasts. However, more often than not they are falling prey to these electric fences. After farmers, cattle herdsmen were electrocuted at these fences.

In spite of the repeated appeals, the forest officials do not take action to ward off the animals from damaging the crops. Monkeys and wild boars in hundreds raid the crops in Mamada, Lakshman Chanda, Khanapur mandals severely damaging the yield.

The farmers who undertake cultivation by raising loans are suffering due to the damage caused by the wild beasts and the Forest officials fail to compensate the loss of crop.

At least 35 persons were electrocuted in the four districts due to the electric fences which were actually set up to protect the crops. The Electricity department is supposed to pay compensation to the families of the deceased at the rate of Rs 4 lakh.