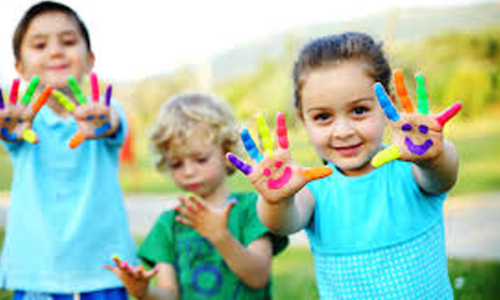 Children's personalities may influence how they perform in math and reading, according to a study by psychology researchers at The University of Texas at Austin.

Proficiency in reading and math is associated with a complex system of skills, some of which derive from personality traits. In a study published in the Journal of Personality and Social Psychology, researchers found that characteristics related to openness, such as intellectual curiosity and confidence, made children more adept to take on math and reading than characteristics describing conscientiousness, such as diligence and perseverance.

"Our findings provide additional knowledge on the complex set of skills that interact and give raise to differences in academic achievement between children, as well as the complexity of genetic architecture of academic achievement, which is made of many parts beyond intellect," said the study's lead author, Margherita Malanchini, a postdoctoral fellow in the Department of Psychology and the Population Research Center at UT Austin.

In prior studies, differences in academic skills have been linked to differences in self-regulation, or how well children can control their behaviors and internal states against a backdrop of conflicting or distracting situations, drives and impulses. However, self-regulation is a very broad construct, incorporating both intellectual abilities, such as executive functioning, and personalitiy traits, such as conscientiousness, researchers said.

To understand the underlying skills and charcteristics of self-regulation and how they contribute to differences in reading and math proficiency, data was collected from more than 1,000 twins, ages 8-14, in the Texas Twin Project, a large population-based twin study directed by UT Austin psychology associate professors Elliot Tucker-Drob and Paige Harden. Studies on twins allow researchers to isolate and observe the impact of genetic and environmental factors -- in this case, on association between self-regulation and academic skills.

Even after accounting for intelligence, researchers found a strong link between executive functioning -- the ability to plan, organize and complete tasks -- and proficiency in reading and math. This link was largely explained by genetic factors.

The study also showed that children who are higher in executive functioning demonstrated increases in levels of openness, intellectual curiosity and confidence. These links were attributed to shared genetic factors (60 percent) and environmental factors (40 percent). However, researchers did not observe the same for personality characteristics describing how conscientious and diligent a child is.

"This indicates that some of the genetic factors that predispose children to do well in school are also the same genetic factors that predispose children to be more open to new challenges, creative, intellectually curious and confident in their own academic ability," said Tucker-Drob, who, along with Harden, is a faculty research associate in the university's Population Research Center.

Materials provided by University of Texas at Austin. Note: Content may be edited for style and length.