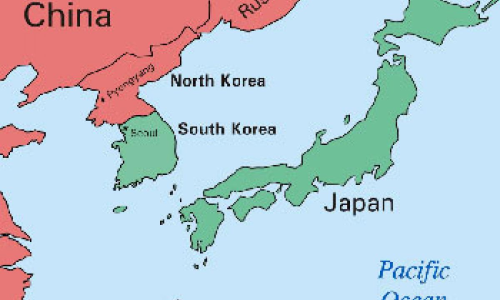 In yet another chilling episode, North Korea balled over the world again by carrying out successfully a hydrogen bomb test on January 6. UN...

North Korea administered its first nuclear test in 2006 and the latest one is the fourth which again really got on China’s nerves. Though China is its only buddy in the world, North Korea didn’t notify its ally in advance, which has placed China in an embarrassing situation.

China has been pursuing denuclearisation of the Korean Peninsula for long time, but in vein as the ‘the supreme leader’ of North Korea, Kim Jong-un, has been using nuclear deterrence to cover up his country’s economic losses and political insecurity.

The latest nuclear test is seen in China as having a long-term negative impact on Beijing-Pyongyang relations, which have already deteriorated following recent events such as cancelation of the Moranbong Band's performance in China along with the absence of high-level visits.

China is still the biggest business partner for North Korea which has been isolated from the world with its illogical foreign policy that failed to get international support. The trade volume between China and North Korea amounts to more than $6 billion. In the aftermath of hydrogen bomb test on Wednesday, the dreams seem to have disappeared into thin air.

Due to North Korea's provocative moves, Chinese are now hesitating to establish new economic and social ties, especially because of Kim Jong-un’s nuclear violations. Kim Jong-un is not heartily welcomed by many Chinese netizens online, and is looked upon as an annoying ally of China.

Many Chinese criticised the latest hydrogen bomb test which could delay the resumption of the Six Party Talks further, which were stalled in 2009. Six Party Talks involve America, Japan and Russia as well as China and the two Koreas.

The frequent military drills conducted by the US, Japan and South Korea around the Korean peninsula might have provoked North Korea to carry out a nuclear test this time.

The young boss of North Korea, Kim Jong-un may view that conventional weapons do not sufficiently deal with the threat from US and its allies. Hence, North Korea naturally turned to nuclear weapons, which are the most efficient and effective security assurance for his country.

But application of nuclear weapons is an old-fashioned mentality which he might have acquired from his father. Nuclear weapons are no more a solution to his domestic woes.

The latest nuclear test may lead to the deployment of the Terminal High Altitude Area Defense system in South Korea, which may provoke China and Russia. It could give the best excuse to US and its allies to better influence the region leading to further escalation of situation.

The United Nations should take initiative to keep lasting peace in this region by helping ease the American hostile attitude towards North Korea, and by pushing Kim Jong-un to accept the de-nuclearisation peninsula concept. (The writer is East Asia Correspondent of The Hans India)