There are no political promises to keep 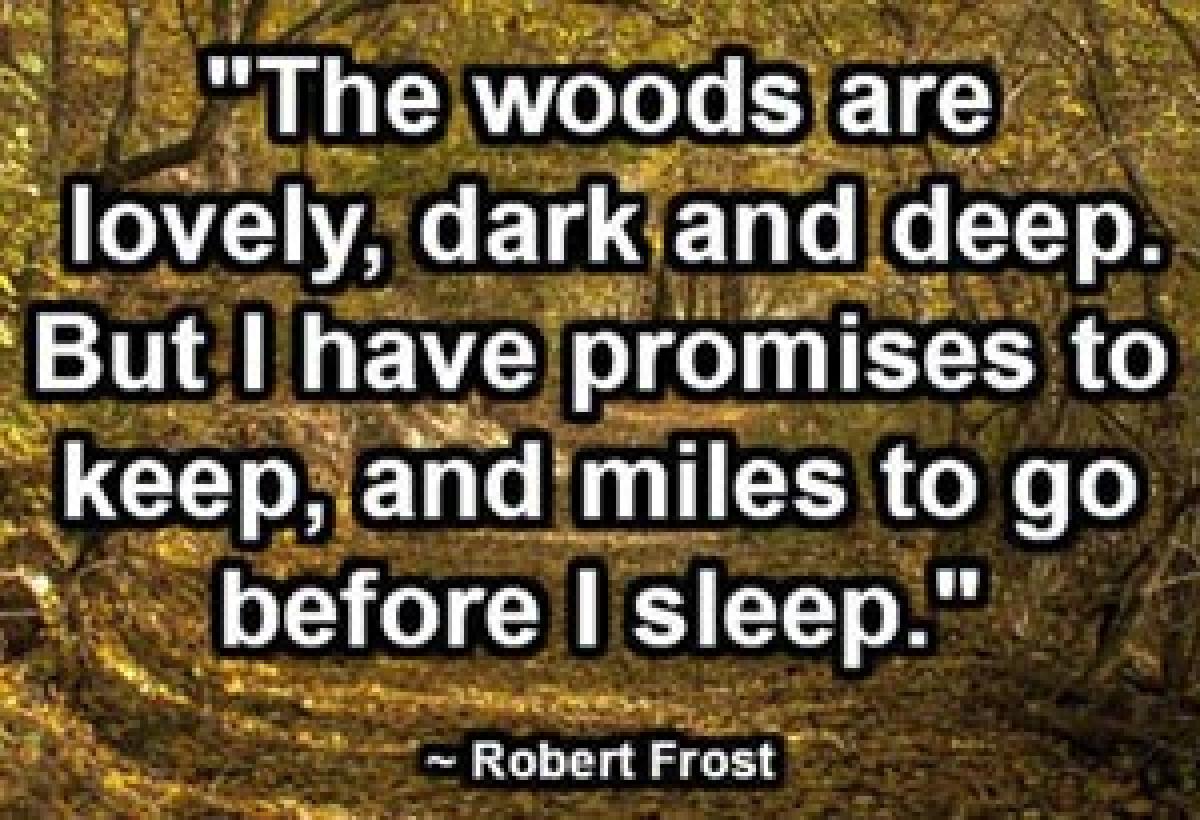 India is the largest democracy. This is the only country where even a chaiwala can become the Prime Minister, our politicians keep saying. Yes it is...

India is the largest democracy. This is the only country where even a chaiwala can become the Prime Minister, our politicians keep saying. Yes it is true but what all politicians including the Prime Minister need to understand is that during the last 69 years we only brag about it but we never bothered to ponder as to how to give value addition to our great democracy. We continue to go to elections in the same old manner.

In many parts of the globe, political parties go to the people explain what their policies are on important issues and try to win their confidence but here we go the people with promises which most of the time cannot be fulfilled. We continue to depend on caste politics and freebies knowing full well that it would ruin the economy. The idea among our politicians irrespective of political parties is to grab the votes by hook or crook.

Implementation ‘dekha jayega’ Once catapulted into power and when cornered by opposition or the people, the explanation they give is what we promised is not to be implemented in a jiffy. We don’t have a magic wand. We have five years time we shall do it. Fine but then why do they don’t come up with a clear road map for five years and an action plan as to how they will implement the promises. They do not even implement 25 per cent of the promises during their tenure of five years.

The latest example of such deception is in regard to grant of special status to Andhra Pradesh. The BJP during the first two years said they were finding ways and means to give special status because the Congress government did not incorporate it in the AP State Reorganisation Act. Then they said they have referred the issue to NITI Ayog and were awaiting its report. Here comes the cat out of the bag. No special status for AP.

The BJP and most of those who are running the administration are not naïve. In fact the chaiwala turned Prime Minister should have known it pretty well about the problems in getting funds from Centre since he had ruled Gujarat for a long time and must have faced the problems of devolution of funds.

Yet he too chose to promise special status for ten years. They also incorporated it in their manifesto. Did they not know that the special status to AP would only be an assurance which would be made in Rajys Sabha by the then prime minister Manmohan Singh? Was it not decided when Venkaiah Naidu had a long meeting with Manmohan Singh and Sonia Gandhi before the BJP voted in favour of the AP State Reorganisation Act in Rajya Sabha.

Why did they agree to pass the Bill if making the assurance part of the bill was must? Why did Venkaiah say that the BJP would come to power will give special status not for five years but for ten? Were he and his party unaware of the conditions that are required to give special status to a state and were they unaware that residuary state does not fall into that category.

Similarly, was the UPA government in darkness over the rules? Definitely not, it was all nothing but match fixing. ‘Baad mein dekha jayega’attitude. Even now it is not that those who are ruling the country from ‘dil walon ki Delhi’ cannot do it, but it is clear that they don’t want to do it. The BJP was certainly aware of the financial situation of the country, the resources that were available and the problems it would have to confront if voted to power. Yet they went ahead and made all kinds of promises.

It is time they recall what the former president APJ Abdul Kalaam once said, “Leaders should have the courage to take decision.” The Centre should show its nerve and verve and have the courage to say that yes we have decided not to give special status but then here is the alternative and should announce when and how it would extend a helping hand.

Instead, the BJP leaders including senior ministers like Arun Jaitley are scared of calling a spade a spade. Instead they are skirting the issue by making contradictory statements like Chief Minister N Chandrababu Naidu did not ask for special status. AP is special to us to us and so on. The other opposition parties which are looking for an opportunity to lash out at the state government are also looking at the issue from a narrow political angle.

They have so far never tried to corner the BJP whether it is in the state or at the Centre by reminding them about the two resolutions which Naidu in a strategic move had got passed in the state Assembly urging the Centre to confer special status to AP. The main opposition
Congress also conveniently ignored this issue in Parliament. They don’t confront the Centre with various letters written by the AP government and the statements by AP Chief Minister from various platforms seeking special status. Reason, because they think it may help TDP.

No political leader thinks in terms of benefit to the state and people. Defame the party in power and lay the road for coming to power next time is the sole aim of all political parties. Hence, they come up with suggestions like demanding the state government to withdraw its support to the Centre. “We will fight till we achieve special status,” they say but they too don’t have a road map. Fight one must but then they should aim to hit the bull’s eye. Of course every party would like to gain political mileage from an issue.

But then they should fire their salvos in such a way that they succeed in achieving the ultimate goal and thereby lay road to success in elections. But whether it is the state BJP, the ruling TDP or the two opposition parties, the Congress and the YSRCP they are more concerned about winning 2019 elections rather than getting special status to the state. The discrimination being shown by the Centre is not just only in regard to Andhra Pradesh. It is equally tight fisted in regard to the newly formed 29th state of India, Telangana.

The Union government which makes tall claims has failed to release any money even for the roads and infrastructure projects in the naxal affected areas of the state. Though it is over two years since the Telangana government has sent detailed project reports, the Central government did not released even a penny. The Union ministers and BJP leaders at the Central and state level reel out figures of what sanctions they have made to the state. Announcing schemes is different from taking measures to implement them. But then that is Indian style of politics. The colour of the shirts they wear changes but not their attitude or outlook.