Will US first citizen be woman? 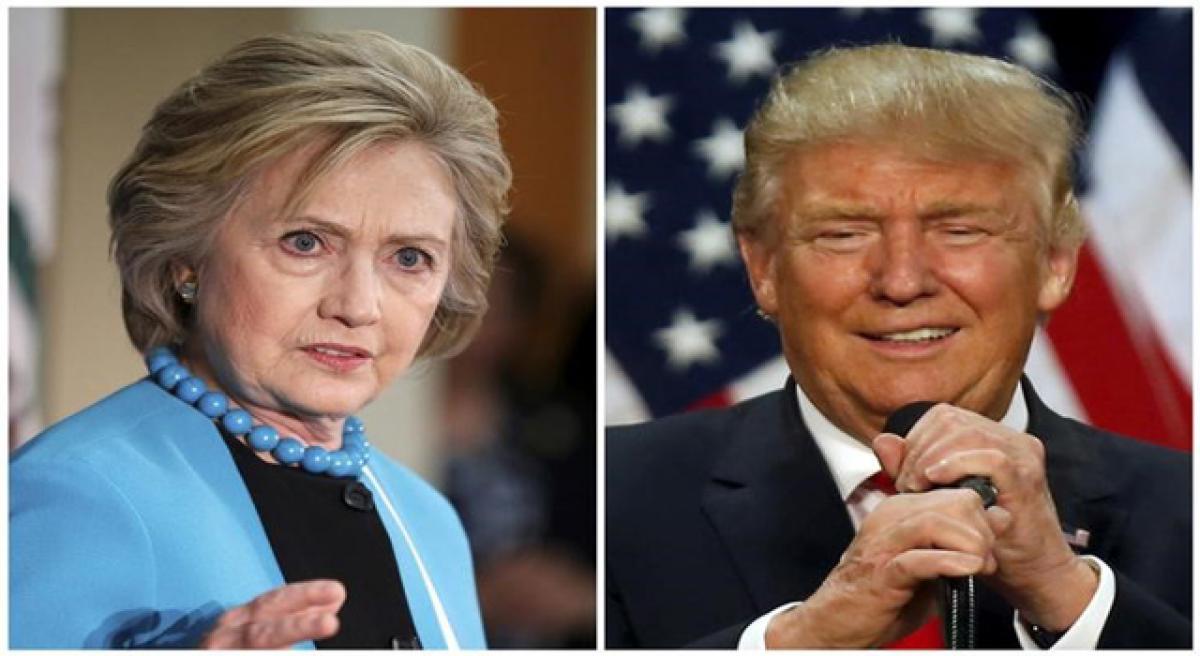 The nomination of Hillary Rodham Clinton, the first-ever woman by a major political party to contest the United States’ presidential elections, has...

The nomination of Hillary Rodham Clinton, the first-ever woman by a major political party to contest the United States’ presidential elections, has placed women where they should have been long back, and not just in America.

What makes this event more noteworthy are three speeches endorsing her nomination, by President Obama, First Lady Michelle and the other by Hillary’s husband and former President Bill Clinton. They have tried hard, with grace, to restore hope and push away confusion and cynicism about the way American democracy works.

The Obamas are working to ensure that the good done in the last seven years continues. Both Michelle and Bill Clinton based and bolstered their endorsements on inclusiveness of the American society. The first couple and the former first couple together form a formidable quartet. They are outstanding men having outstanding wives.

With her Democratic Party nomination, Hillary’s thorny path to White House is only half-walked and that was not easy. The more difficult latter half has begun what with a formidable challenge from Donald Trump. It is raining accusations and innuendoes – nude pictures included.

Trump’s hostile takeover of the Republican Party has rocked America and alarmed the world. He has, inter alia, been accused of misplaced misogyny, Islamophobia and Hispanophobia. His campaign so far has been vituperative, divisive, even laced with violence. Now that the chips are down in the election, it is likely to get worse.

The way his wife Melania was targeted for plagiarising her speech is one indicator. Another is the desperate latching on by sections of American media to Trump’s elder daughter Ivanka. After she made a fervent, graceful speech in support of her father, they said: “Why not Ivanka for president?” If that had happened, who knows, papa Donald would have resorted to “honour killing.”

The only thing the Americans can do is to reject him. But if that was so easy to happen, Trump would not have come this far in the first place. He does have support from within of people who are seduced by his the-mongering. Nobody votes for love and amity.

Outside of the US, his supporters include rabid right-wingers who share his prejudices. That includes many in India. Besides, support to Trump, in a manner of speaking, comes from Russian President Vladimir Putin and the North Korean leader, essentially to take a dig at America.

It is not Hillary is the ideal choice – she too has flaws and a mixed track record in government. She has been accused of faulty decisions that cost American lives, not to speak of their devastating impact on the countries they were committed in. Libya is dark chapter in her career.

She has been accused of corruption and of being calculatedly vague and vain on critical issues. If Trump is the known devil for some, she is the lesser evil for many more. The choice is never ideal and fixed in any democratic election, anywhere.

Assuming Hillary wins, come November, three of the most powerful nations on earth would be ruled by a woman at the helm. Already, a direct consequence of Brexit – Britain’s decision to exit from the European Union -- has been the rise of a woman prime minister, Theresa May and confirmation of another, Germany’s Angela Merkel, as the Europe’s most powerful leader.

The turmoil that Brexit triggered had men who caused much of the trouble and confusion falling by the wayside. That included David Cameron who had to resign as Britain’s prime minister. The field was left to women. Indian immigrant (via Africa) minister Priti Patel was talked about by BBC as the possible prime minister. She was later promoted in the new government.

May comes 37 years after Britain had its first woman premier in Margaret Thatcher in 1979. Maggie, as she was affectionately known to her admirers, solicited the more fearsome sobriquet of “The Iron Lady” by her political allies and foes alike. May wasted no time in putting out her markers as a tough woman. She must now work on the divorce that her people want from the European Union, ensuring that the damage, inevitable though it is, is minimum.

Many have appeared and acted tough, which is essential for their survival. But let’s face, they are less than 10 per cent of the total. Along with Merkel and May, Hillary could view and act upon many an issue troubling the world from a different prism. Is that too much of wishful thinking? Only time will tell.

Much as it may cast condescending glances over the rest of the world, the West as a whole has not excelled when it comes to promoting contemporary women in power. In fact, they are latecomers when compared to Asia. Switzerland, for instance, was one of the last countries to allow women to vote in 1971.

China and Russia among the “Big Five” seem to be firmly ruled by structures and cultural conventions firmly rooted in patriarchy. There is no sign of a woman leader rising there. The Asians have been the trailblazers with three stateswomen. Sirimavo Bandaranaike was the modern world’s first female head of government, serving as prime minister of Ceylon and Sri Lanka three times between 1960 and 2000.

Indira Gandhi followed her father Jawaharlal Nehru’s footsteps, serving as leader of the Indian National Congress and the PM of the world’s largest democracy, from 1966 to 1977 and 1980 to her 1984 assassination. Indira’s earlier stint as the premier coincided with Israel’s Golda Meir (1969-74). This was almost two decades before Thatcher became Britain’s prime minister.

There is a belief that women and democracy do not gel with the Muslim world. Women leaders it has produced can be counted on one’s fingers. Of them, India has produced two rare women rulers Razia Sultan and Chand Bibi. In modern times, five Muslim women have emerged, mostly inheriting legacies of their fathers/ husbands.

Does the trend of more contemporary women in power augurs well for global governance and less of war?
A World Bank study on “Corruption and Women in Government”, concludes that higher rates of female participation in government are associated with lower levels of corruption, suggesting that women may have higher ethical standards and were more concerned with the common good.

Transparency International’s Global Corruption Barometer, an annual survey of more than 60,000 households in 60 countries, has consistently found that women were less likely than men to pay bribes. Actually, human behaviour is vulnerable, irrespective of gender dynamics and is influenced by family background, upbringing, class, education, access to finance and attachment to value systems.

Sadly, in a world overwhelmingly controlled by patriarchs — some of them vicious in their misogyny -- the lot of women has regressed in the areas of violence against women; domestic abuse; acid attacks on women; sex trafficking and slavery; child labour; honour killings; female genital mutilation; and low pay. Women bear the brunt in any conflict or when thrown out of their homes as refugees. The list is endless.