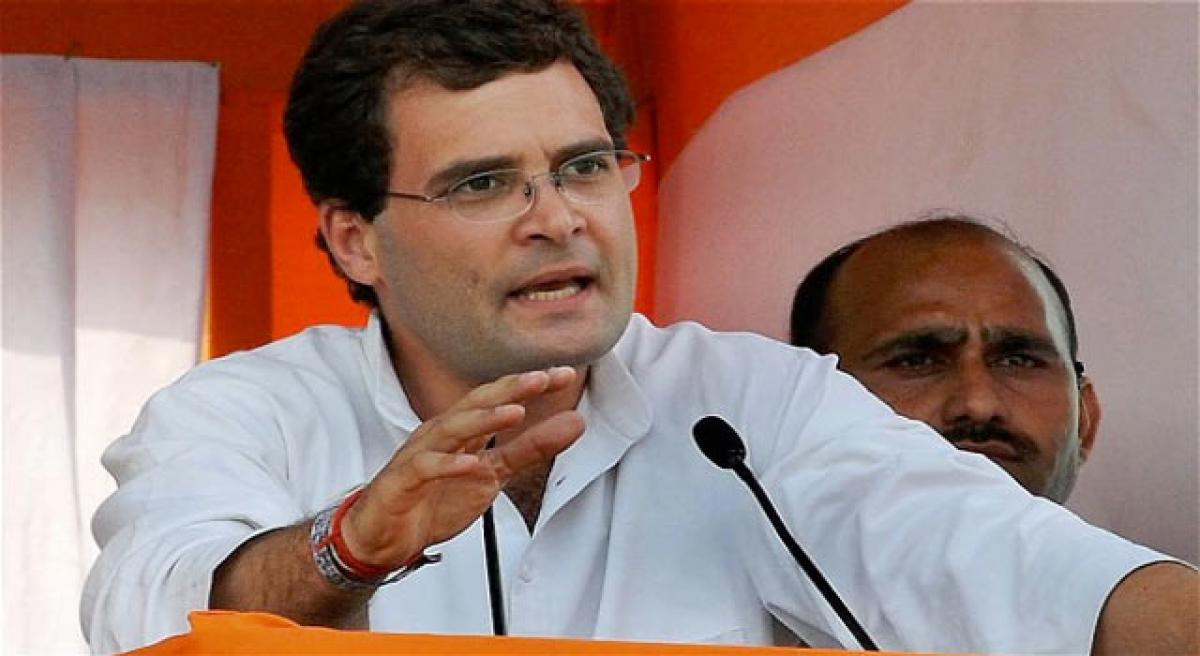 We have seen how the AICC affairs have always been controlled by Indira Gandhi, Rajiv Gandhi, Sonia Gandhi and now Rahul Gandhi.

While it remains to be seen whether Rahul Gandhi’s visit would pull the Congress rank and file out of its slumber or not, the salvo fired against Telangana Chief Minister K Chandrasekhar Rao saying that the State had become a prisoner in the hands of KCR and his family members, the issue of dynastic politics has ricocheted back into the political mainstream.

KCR’s son KT Rama Rao was quick with his rebuttal while dismissing Rahul’s remark as the ‘joke of the Millennium.’ KTR was quick enough to retort on Twitter saying “Some so called ‘national leaders’ of ‘national’ parties who can’t even win an election in their own backyard, make tall claims elsewhere????. Indian Notional (sic) Congress leadership talking of ‘family rule’ has to be the joke of the millennium. Classic comedy!!!”

This, quite naturally, has sparked off war of words between leaders from the state Congress and TRS. Without realizing or accepting the fact that most of the political parties in the country whether it is AICC or Samajwadi Party of Mulayam Singh, Rashtriya Janata Dal of Laloo Prasad Yadav, the TRS or TDP, each is furthering the cult of dynastic politics. Taking jibes at each other only amounts to cat calling the pot black.

We have seen how the AICC affairs have always been controlled by Indira Gandhi, Rajiv Gandhi, Sonia Gandhi and now Rahul Gandhi. We have also seen how Uttar Pradesh politics centred around Mulayam Singh Yadav and Akhilesh Yadav. In Bihar even today the Rashtriya Janata Dal means Laloo, Rabri, Misa and his son’s.

Similarly in the two Telugu-speaking states the competitive politics and governance between the Chief Ministers of Andhra Pradesh and Telangana N Chandrababu Naidu and K Chandrashekar Rao (KCR) are all set to be passed on to the heir apparent.

Naidu and KCR, who were colleagues for long in the Telugu Desam Party (TDP), have emerged as strong leaders following their emphatic victories in the 2014 elections. Both are spending energy in consolidation. KCR seems to have met sweet success rather quickly.

The Telangana Rashtra Samithi has dug in its heels, weakening the opposition Cong (I), TDP and BJP considerably. On the other hand, Naidu faces stiff opposition from YSR Congress led by YS Jaganmohan Reddy. That both CMs are grooming their sons in a succession plan is no secret. The first round of skill-testing at leading the respective parties in electoral battles happened in January 2016 during the Greater Hyderabad Municipal Corporation (GHMC) elections.

Thereafter, the successful KTR moved higher and emerged stronger. Lokesh was made the National General Secretary of the TDP. The induction of the 34-year-old into AP Cabinet has virtually signalled the intensification of comparative performance between Lokesh and 40-year-old KTR, who has emerged the public face of the Telangana government. KTR, a two-time legislator, has made a mark as a Minister holding key portfolios in the KCR government and with his conduct during meetings with global leaders and in various fora.

Lokesh will be beginning his innings both as a first-time Minister and MLC. He has his job cut out since AP faces a daunting challenge of attracting investments and building infrastructure. In the case of KTR, the succession line seems all but clear with the 62-year-old KCR dropping enough hints.

The ascendancy of Lokesh has been rather gradual in the TDP and the State. For Lokesh, the businessman-politician, the road ahead is tough and challenging. His elevation has raised high expectations among the cadre, but will involve testing times for his political skills.

Rahul Gandhi who is senior to the two young leaders from the Telugu States is yet to prove his mettle as a leader, who can lead the party to victory. So far, the report card suggests that his failures outnumber the successes.

It would be better if the political parties accept the reality that dynastic politics have come to stay and stop talking about it or take pot shots at each other on this issue. No wonder Smriti Irani’s takes on Rahul and KTR added to the comedy of errors, which is being enacted on the national canvas.