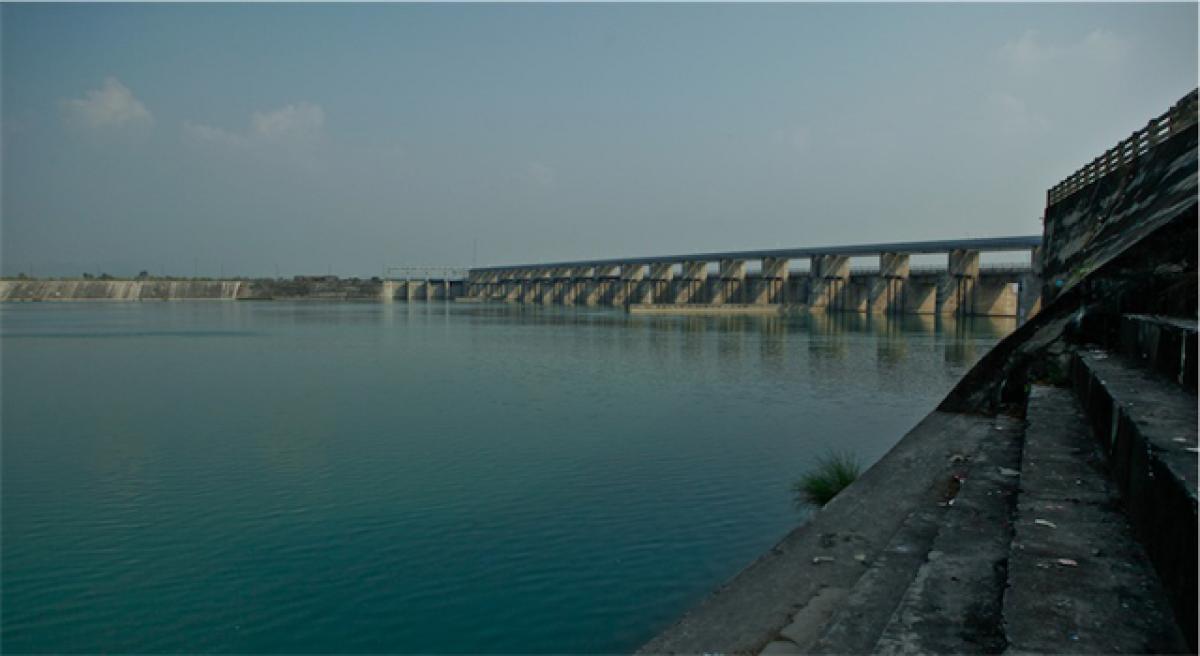 The challenge in the New Year is to secure the welfare of our farmers. The agricultural production has increase multiple times since Independence, but...

The challenge in the New Year is to secure the welfare of our farmers. The agricultural production has increase multiple times since Independence, but our farmers continue to commit suicide. Reason is that increased production has come along with a decline in prices.

Oftentimes farmers are not able to even recover the cost of harvesting their produce. Last year, for example, farmers of Palanpur in Gujarat dumped potatoes on the roads because they were not able to get remunerative prices.

This happens recurrently every second year with one crop or the other. Our government is concerned about the plight of the farmers. But it is moving in the same direction that has failed over the years.

Almost no water of the Krishna, Godavari or Cauvery river is reaching the sea. Our rivers are dead. They are no longer supporting fisheries. Lakhs of fishermen have lost their livelihoods and taken to other vocation. The rivers are not carrying sediments to the coasts. These sediments build and protect our coasts. As a result, our shorelines on the mouths of the Krishna, Narmada and Ganga Rivers are receding.

We are ‘eating’ our land in the form of irrigation. The increased irrigation from canals is not leading to a corresponding increase in food grain production, however. Farmers are wasting much of the canal water.

Charges for canal irrigation are collected on the basis of the area irrigated irrespective of the number or irrigations used. This leads to the farmers using excessive irrigation as they do not have to pay additional monies for the same.

The second environmental problem created by irrigation is that of depletion of groundwater. The state governments are providing electricity to the farmers virtually free. This encourages the farmers to make excessive use of irrigation. That is depleting our groundwater aquifers to depths as much as 2000 feet at some places. Farmers are using increasing amounts of electricity to pump out the same amount of water.

The twin problems facing our agricultural sector, therefore, are decline in prices and overuse of irrigation. Optimal use of irrigation requires that farmers be charged for water on volumetric basis—both for tube well and canal irrigation. But that will lead to increase in the cost of cultivation.

Therefore, the Minimum Support Price (MSP) will have to be suitably enhanced. These two steps will ensure the welfare of the farmers and also save our rivers and conserve our groundwater.

The difficulty in increasing the MSP is that the price of food grains in the market will increase and that will hit the urban rich and poor alike who live off food bought from the markets. An alternative would be to provide area-based direct subsidy to the farmers.

The United States and many developed countries provide such subsidies to their farmers. Every farmer can be given a direct transfer in cash. The Union government provided a subsidy of Rs 124,419 crore to the Food Corporation of India in 2015-16.

At present this would be approximately Rs 150,000 crore. I reckon the subsidies given on electricity and canal irrigation by the Union and state governments together would be around Rs 200,000 crore per year. This amount of Rs 350,000 crore can be distributed to the approximately 10 crore farmers @ Rs 35,000 per farmer, per year.

Then it would be possible to charge the farmers for water used on volumetric basis because the minimum income of the farmer would be assured. We need a radical solution to the farmers’ problem. Repeated loan wavers are not a solution.

The second challenge of 2018 is to deal with the dislocation created by the Goods and Service Tax (GST). The problems associated with implementation are being fast dealt with. But the structural problem of small versus large businesses remains unattended.

The GST makes it possible for large businesses to sell their goods across the country with ease. A potato chip manufacturer of Nagpur can now supply his goods seamlessly across the country. The small snack maker of Haridwar can no longer survive this onslaught. Secondly, the cost of compliance—filling monthly or quarterly returns—is high for the small businesses.

The large businessmen I have spoken with have found no difficulty in transiting to the GST because they have a team of in-house accountants and computer operators. The small businesses however find it troublesome to comply with the regulations. This disadvantage to the small businesses is shifting the manufacturing activity from the labour-intensive informal sector to the capital-intensive organised sector.

As a result, the incomes of the informal sector are falling and the economy is growing at a slow rate. However, the share markets are booming because big companies are having a free run in the economy. Thus, a report of the State Bank of India rightly said that that the slow growth rate of the economy was due to structural problems, and not due to problems of implementation of GST.

The challenge of 2018 is to revive the income and demand from the ground. It is clear that the reliefs granted to the small businesses in the present GST framework—such as the composition scheme—have not proven adequate to protect the informal sector.

The street corner tea stall cannot pass on the GST paid on rail travel to the purchaser of his goods. It is necessary to allow the small businesses to take refunds of GST paid on the inputs used by them. The author was formerly Professor of Economics at IIM Bengaluru