Sidhu charts his own course 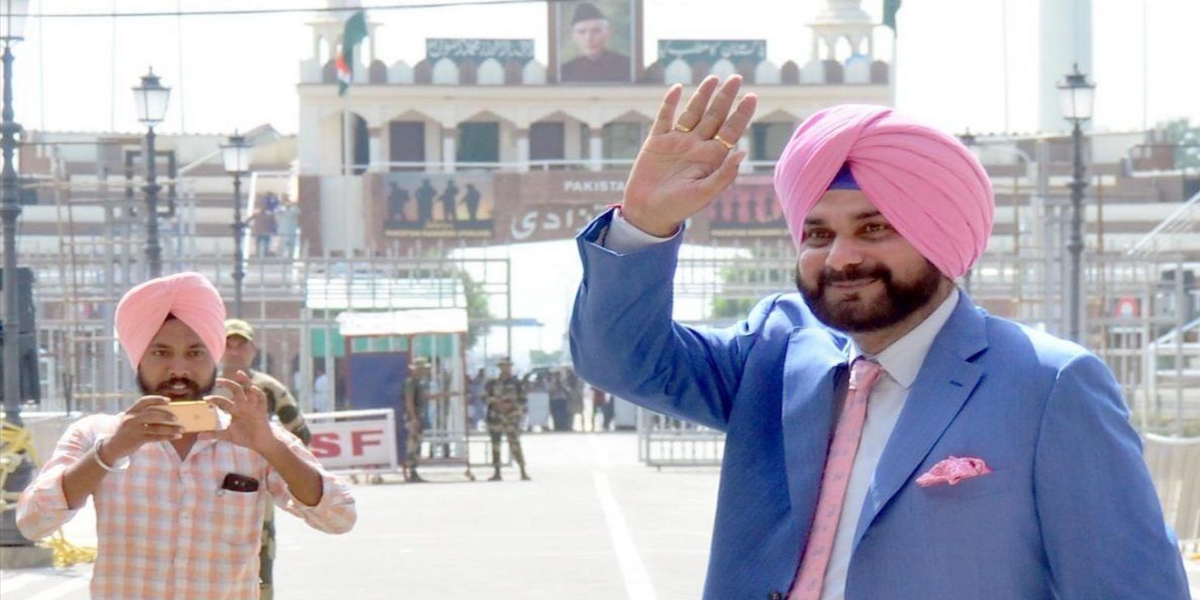 You may love him, hate him or love to hate him but you cannot ignore him Cricketerturnedpolitician, Navjot Singh Sidhu, has never been far from controversies, even hogging the limelight as a fallout whether for good or bad

You may love him, hate him or love to hate him but you cannot ignore him. Cricketer-turned-politician, Navjot Singh Sidhu, has never been far from controversies, even hogging the limelight as a fallout -- whether for good or bad.

Throughout 2018, Sidhu remained centre-stage to Punjab politics and even made national headlines for nearly five months, after his new found love for the Pakistani establishment, especially after his fellow cricketer and former Pakistan cricket team captain Imran Khan became the Prime Minister of the neighbouring country.

Even though Sidhu has been blasted politically by his former party, the BJP, taunted by his Chief Minister, Amarinder Singh, and even termed as a "traitor" by a union minister for his now infamous hug of Pakistan Army Chief General Qamar Javed Bajwa during the swearing-in ceremony of Imran Khan in August, he has refused to be bogged down.

In fact, the chirpy Sidhu, who came close to losing his voice after addressing over 70 political rallies across four states where assembly polls were held recently, continued to be on the offensive against people who were calling him names for his engagement with the Pakistani establishment.

Privately, even some of his adversaries admit that Sidhu did manage to ensure that the Kartarpur Corridor project, which has been a demand of the Sikh community for the past 70 years or so for offering prayers at the resting place of Sikhism founder Guru Nanak Dev, in Pakistan, comes through since it had to cross the complicated hurdle of not-so-good neighbourly relations.

Within the Sikh community, Sidhu did manage to gain goodwill over the Kartarpur Corridor project despite the big question mark being raised by Amarinder Singh over Pakistan's, and particularly its Army's, real intentions of allowing the corridor to the gurdwara, located around 3-4 km from the international border with India.

The only time that Sidhu refused to say much was when nearly 60 people lost their lives while watching the burning of Ravan duiring a Dusshera function in Amritsar on October 19. He and his wife Navjot Kaur, who was the chief guest at the function, were targetted by political opponents and the media for the tragedy. A Punjab government probe exonerated the Sidhu couple from any role in the tragedy.

Through the year, Sidhu has had run-ins with fellow cabinet ministers and does not miss any opportunity to show officers their place, generating controversies every now and then. He is said to be upset that, despite his popularity with the masses, he does not get his due from Punjab's ruling Congress or the state government.

Sidhu recently landed in another controversy when he virtually questioned Amarinder Singh's leadership by shooting off his mouth at a press conference in Hyderabad. The controversy led to at least six cabinet colleagues seeking his resignation. The controversy ended after Amarinder downplayed the incident and Sidhu retracted his statement by describing Amarinder as a "father figure".

Known for his maverick behaviour, whether on or off the cricket field, as a TV celebrity and now as a politician, Sidhu has to understand that politics and diplomacy are not a TV reality show where you can get away every time. If he is eyeing a bigger role for himself in politics in Punjab or at the national level, he will certainly need to learn to be a little more politically diplomatic. For the moment, though, he is nowhere close to it.