Why this seasonal patriotism? 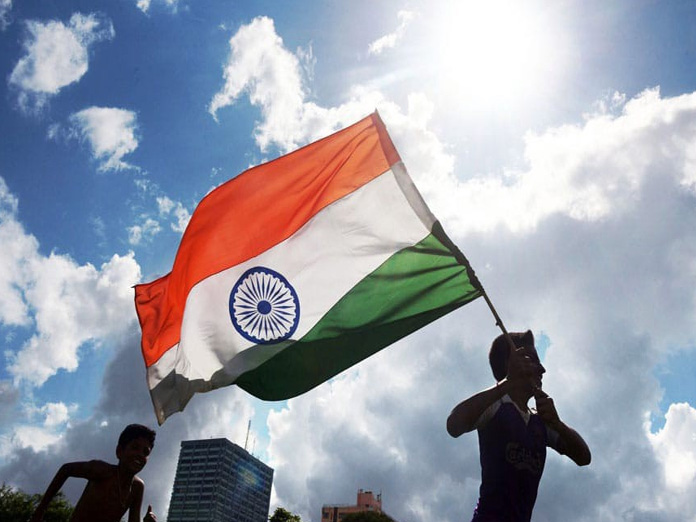 On the eve of Republic Day celebrations, persistently, the only inquiry that has been disconcerting me is why do most Indians become patriots during...

On the eve of Republic Day celebrations, persistently, the only inquiry that has been disconcerting me is — why do most Indians become patriots during selected few occasions? The crux of patriotism is fully recognising and wilfully participating in that network of affinity, paying very close attention and constantly responding to a range of issues such as Swachh Bharat, corruption free India, and green India — the needs of the hour!

Patriotism is very rich in meaning. On the whole, it means enlightening attachment to one’s native soil that ultimately leads for devotion to one’s nation. It is not restricted just only to some extrinsic values but also to many intrinsic values — of course, such values should be gripped by each and every citizen. However, do we Indians actually have such a feeling within us? India proudly claims to be the nation with the plurality as her nature. Unity in diversity has been the slogan which we often find making circles in all nooks and corners of the world. Do we really maintain such a spirit at all times? Or is it seasonal?

Indubitably, every Indian exhibits patriotism on two occasions — on August 15 and January 26, each year. Songs like “Mere Desh Ki Dharti” reverberates almost every street in town, symbolically spilling seasonal patriotism. At this point, a few questions that arise in my mind are: whether patriotism has any peripheral limits? Does patriotism is a trait with a narrow role?

Truthfully, patriotism should come from ‘within’ and not ‘without’. Patriotism ensures the stability of the entirety in any given nation. I for myself consider patriotism as doing one’s duties in a manner of true letter and spirit. It is a matter of great concern that even after more than seven decades of independence, India is still categorised as a third world country — a nation that is still developing!

Bestowing to John F. Kennedy’s thought on patriotism, one should ask only “what you can do for your country” — as if “country” were the master, and “you” and I and all of us merely servants. Most of the influential personalities of developed countries realise the importance of patriotism. Just for that matter, the former US President Barack Obama once said that loving one’s country means accepting one’s responsibility to do his part to change it. Therefore, patriotism is nothing but the grand inherent apostle that prompts a person to serve his nation — at any given time.

Out of the numerous connotations arise ideals and institutions. Nevertheless, these ideals and institutions are valuable only insofar as they support the fulfilment of each and everything. The nation’s ideals and institutions exist merely to serve people. So, ideologically in any given nation, true patriots do not serve some imagined unchallengeable unit called nation or country; rather, they serve the needs and aspirations of every person. There is a need to self-examine whether we can be called factual patriots!

Every year the Republic Day is celebrated most spectacularly in New Delhi, the capital of India. The main attraction of the Republic Day is an impressive and magnificent parade that puts forward the military powers and cultural affluence of the country apart from the patriotic vehemence of the Indians. An amazing fly-past by the Indian Army, Indian Air Force, and Indian Navy, rounds off this majestic celebration. A similar thing happens every year on August 15 too.

It is a matter of fact that soldiers, the unsung heroes, are praised only in times of dire straits, in times of need, and in times of natural calamities like the most recent calamity of floods in Kerala. We all enjoy watching the spectacular parades of Indian Armed Forces; tableaus of various states and departments; cultural programs on these occasions. But, we never realise the pain behind those spectacular shows. The message conveyed through all these programmes is rather short-lived. Just peep into these shows with an intention to know what do they really convey. They all deliver just one message, “Patriotism”.

Had we been really patriotic, India could have accomplished laurels. It is superfluous to question who is responsible for such trounce. But, how should we overcome this trounce should be the question of the hour. The ultimate answer is — the true spirit of patriotism — doing one’s duty perfectly towards the nation! The true spirit of democracy lies in patriotism alone. It should be everyone’s responsibility to make Mahatma Gandhiji’s dream — after attaining Swaraj (independence), now it’s time to attain Suraj (good governance) — a reality. Let’s not forget the words of Elmer Davis, according to whom a nation will remain the land of the free only so long as it is the home of the brave. Jai Hind!!