Portraits of faith captured at Medaram 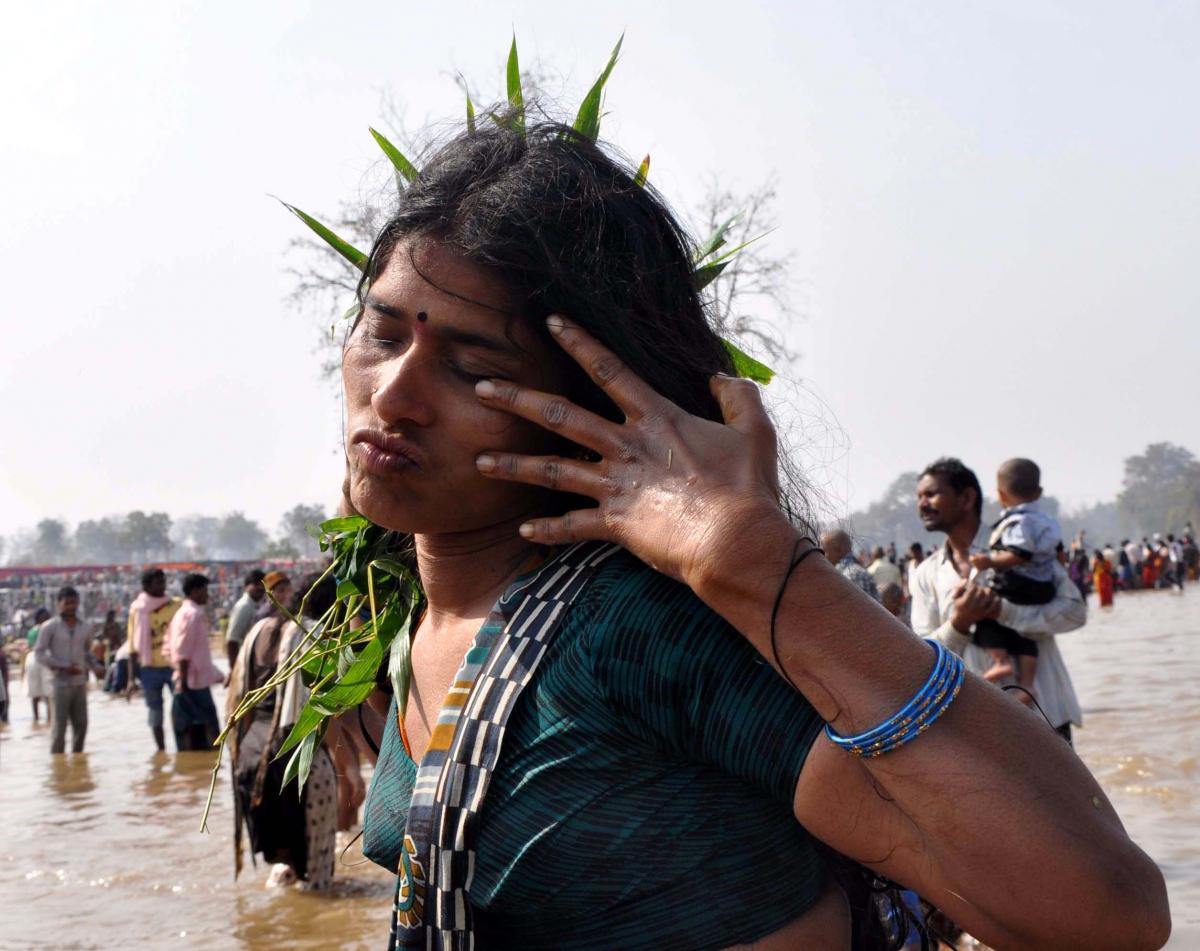 Sammakka Saramma Jatara is the largest tribal religious congregation in the world, held every two years with approximately two crores of people converging in a single place, over a period of four days, this place is 250 kms from Hyderabad, the capital of Telangana.

Sammakka Saramma Jatara is the largest tribal religious congregation in the world, held every two years with approximately two crores of people converging in a single place, over a period of four days, this place is 250 km's from Hyderabad, the capital of Telangana.

Ever since the Jathara started on 17th February, everyone is taking the names of Sammakka, Saralamma, the mother and daughter on whose names the jathara is well known. But the women folk occupies half of the gathering and let me share the energy and expression of their true devotion which manifests in grandeur as Sammakka and Saralamma.

It is very difficult to feel, connect and appreciate the Faith of the devotees unless we let ourselves be there in the Jampanna vaagu.
Jampanna is the tribal warrior and the son of Tribal Goddess Sammakka. The Jampanna vagu took his name as he died in a battle fighting against Kakatiyan Army in that stream. Devotees believe that taking a holy dip in the water of Jampanna Vagu reminds them the sacrifice of their gods who save them and also induces courage into their souls.

It's also a blessing for them to lead their lives with health and happiness.We journalists generally write that This Jathara has become the largest human congregation at a single place. People from all walks of life participate in the festival, viz., rural and urban, tribal and nontribal, educated and uneducated, women and men, children and elders etc. But here I want to share that women are the predominant force in the Jathara and they are the real seekers of the well-being of their family and so involve themselves with great dedication. But we have to go there to understand how the ritual occurs in the river and how painful it will be for the women to surpass these days as everyone becomes a Goddess and tell the future for their families and then turn human.

But it if you spend with them all these four days and observe them closely, you can easily understand that the Faith of the people increase by the year as they have little belief in the promises of the so called Democracy.

As civic society is still not able to solve problems on its own, the faith, we can say in capitals, THE FAITH of the tribal society offers a salvation to the millions of Indians to lead a life with peace and with contentment. Medaram Jathara reveals the truth.
Medaram Jathara reveals nothing but such a harsh reality and that can be well reflected in Jamppana vagu as women devotees offer prayers as they turn 'Shivasattulu' and submit themselves in total., body, mind and soul, everything at ease and a river of faith portrays in each image. These images not only showcase their rituals but also their longing for something that only God or Goddess can offer.
As a journalist, I can pen down as many words as I can but to reflect the agony of the women honestly requires a medium that can truly represent the life as it has not changed much since civilization though we live in the 21st century.

After Kumbha Mela, the Medaram jatara attracts the largest number of devotees in the country. but not much focus has been given to Women folk. In fact, they make the four days festival a grandeur and the very ritual completes by their undaunted spirit.

They cook food and take care of their children and, of course, carry out all kinds of responsibilities as their duty and also get relaxed. Relax after their agonies are submitted in Jampanna vaagu.

They Relax after confessing their hearts to Sammakka and Saralamma and we can see their relaxed composure in the last image.