Obedience to the past is disorder 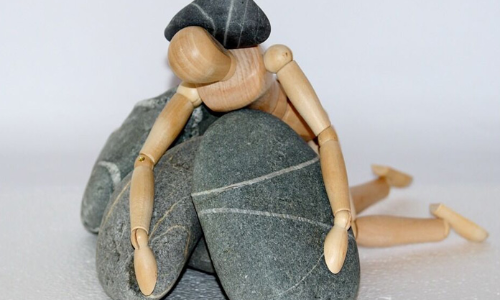 Except perhaps in nature, when you look around, you see that there is much misery, confusion and violence If man had set out deliberately to bring about chaos in the world, he could not possibly have succeeded as much as the present actual state of destruction, hatred and anarchy This is the result of the lives, attitudes, values and superstitions of past generations

Except perhaps in nature, when you look around, you see that there is much misery, confusion and violence. If man had set out deliberately to bring about chaos in the world, he could not possibly have succeeded as much as the present actual state of destruction, hatred and anarchy. This is the result of the lives, attitudes, values and superstitions of past generations.

You often hear that the future is in the hands of the younger generation. Is this so? Or is it that younger generations are also so heavily conditioned by the past - of which they may not be conscious at all - that they revolt only superficially against the established order? This superficial revolt gives them a certain vitality and freshness which is mistaken for a new beginning. Every generation has been more or less in revolt against the past, but they are soon trapped by the past, by the society, culture in which they have lived.

Every one of us has to think, act and live in a totally different way that is not based on aggression, acquisitiveness and the predatory instinct that man has inherited.

This revolution is not in the social or economic field but at a much greater depth; it is in the very structure of human consciousness. So, the crisis is not one of youth against former generations, or one religious formula against another, or one country against another, but at the very root of our being. The decision is whether we continue with the past or find a way of living in which conflict in any form does not exist.

All such order is essentially a form of acceptance of conformity. Order cannot possibly exist when there is fear; fear and disorder go together. The social structure in which we live, by its very nature, produces this disorder. It is this disorder that we are frightened of… our so-called morality is no more than adjustment to disorder.

When we talk of order, we mean a state of mind that is the natural outcome of understanding the actual nature of disorder. It is not the cultivation of a new pattern or system to be followed; rather, it is seeing the nature of disorder and its danger…. Freedom does not come from discipline as it is generally understood, which is to conform, to suppress, to obey, and so on. Discipline means learning. So, you have to become a disciple of freedom; and there is no guru to tell you what freedom is. So, order is possible only when there is learning about freedom. This learning is the continuation of freedom in action.

So, authority comes to an end. Of course, there must be the authority of the policeman and the law, but there is no other authority. For freedom, which is order, cannot exist in the shadow of authority, whether it is the authority of tradition or the authority that one has gathered through experience and knowledge. Authority is always the past, and obedience to the past is disorder.