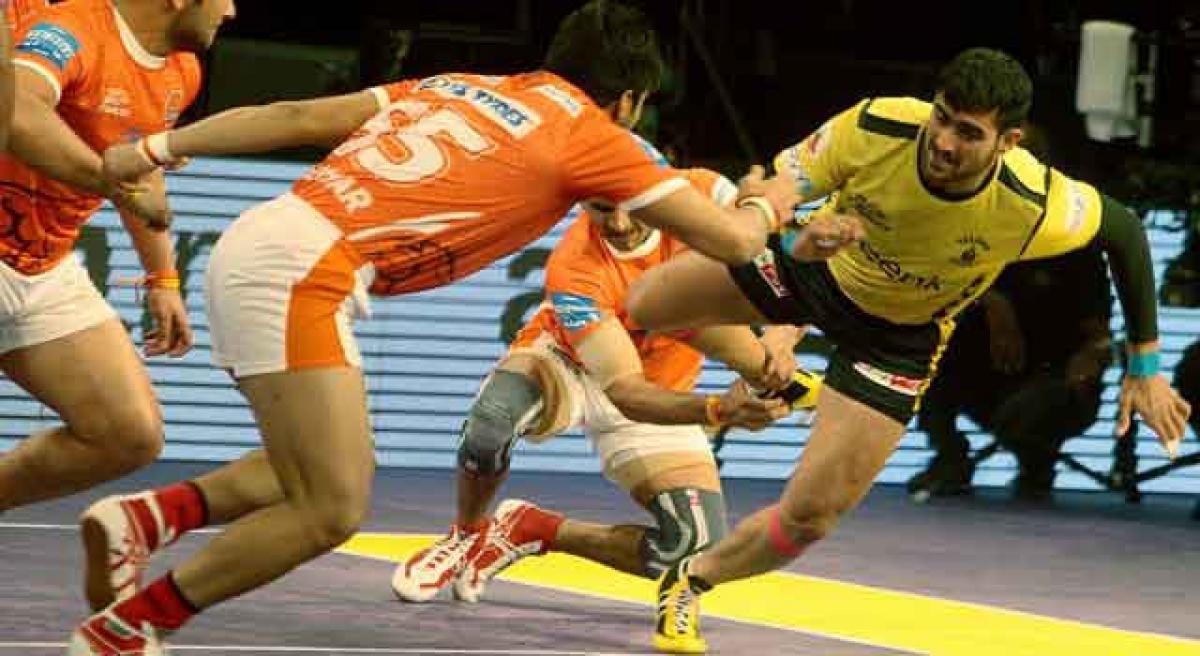 On the face of it, kabaddi is a poor man’s sport that is played by amateurs in the interiors and watched only by the die-hard passion-ridden lot. The money is nothing to rave about.

Hyderabad: On the face of it, kabaddi is a poor man’s sport that is played by amateurs in the interiors and watched only by the die-hard passion-ridden lot. The money is nothing to rave about.

This opinion is passé particularly since the time the grandiosely designed Pro Kabaddi League (PKL) was unveiled to a stunned world three summers ago. PKL has been able to penetrate the television viewership charts to phenomenal levels. In the Indian context, it comes second only to cricket.

PKL has been able to take the rugged sport to hitherto unheralded highs, a zenith that even seven Asian gold-medal showing failed. It may not have been as big a sporting spectacle like Indian Premier League (IPL) but none can deny the overriding fact that for a largely unheralded sport,

KPL has been able to win the hearts of millions of individuals, most of who were unaware of its rules and regulations till the other day. What they did know is that kabaddi is one sport where India enjoys a stranglehold like no other on the global firmament.

An interesting part that comes as Godsend for the truly Indian sport is that PKL has survived several odds and is into its fourth edition while no other non-cricketing sport can boast of League championships beyond two seasons.

Tennis, badminton and hockey leagues have been shams. In complete contrast, inspired by the massive viewership penetration and its rise in the popularity stakes, PKL has been converted into twice-a-year extravaganza.

Today, many are caught in the grip of the ‘Le Panga’ mania that is enticing them watch the exciting showdowns in the evenings, which they do by catching up the live telecast of PKL matches.

As against a few foreigners who were in the thick of action in the earlier editions, the fourth season has packed in 24 players drawn from a dozen countries, including Iran, Kenya, Japan, Sri Lanka, Thailand and South Korea, among others. Television audience comes from the United States, Middle East, Africa and New Zealand and United Kingdom.

According to available statistics there has been a steady increase in the viewership. The man who conceived the League, Charu Sharma, is excited that there was a 35 per cent increase in TV audience for the third edition compared to the second.

Players who earned peanuts earlier are now talking in millions after coming through high-profile auction, a la IPL. They enjoy a poster-boy status and are rubbing shoulders with celebrated sportspersons and actors, who jumped at the opportunity to own franchises.

As things stand, PKL can only get bigger and better in the fourth edition that began on a boisterous note on Saturday.