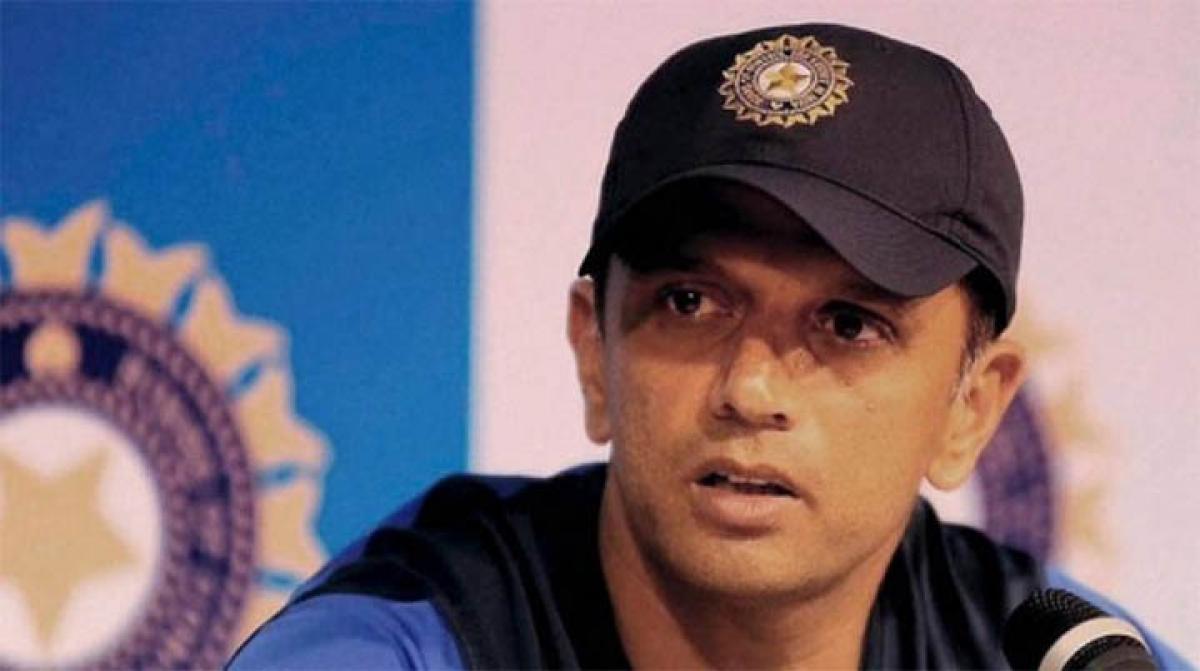 India U-19 coach Rahul Dravid strongly believes that the recent decision by the BCCI working committee to put a cap on players getting only one shot at Colts World Cup will prevent age fudging by players.

India U-19 coach Rahul Dravid strongly believes that the recent decision by the BCCI working committee to put a cap on players getting only one shot at Colts World Cup will prevent age fudging by players.

"Being allowed to play only one U-19 World Cup will mean people are less motivated to alter the age. Honestly, U-19 cricket should be more about exposure and less about results. The focus should be on giving more youngsters an opportunity to play rather than on winning. And that's what this new rule will result in. The long term results of this step will far outweigh the potential loss of results in the short term," Dravid, who has been very vocal on the issue told PTI.

The 43-year-old former India captain is glad that BCCI has made it a rule and felt it will have a positive impact on cricketers of coming generations.

Just how deep rooted the malaise is could be understood by the fact that Dravid wants BCCI to ensure that they accept any birth certificate issued by competent authority within two years from his date of birth.

For Dravid, any cricketer, who has played two years of junior cricket at the national competitions, should be good enough to graduate to the next level -- if not senior then at least U-23 level.

"The move to allow players who enter the set up only at the U-19 level to play only two years of U-19 cricket is not a bad idea but needs to be monitored and evaluated at the ground level.

"We have heard of instances where players skip the bone test at the U-16 level and play many years at the U-19 level.

This may prove a deterrent to those kind of people. Cricketers at that level, if they are good enough, two years of U-19 cricket should be enough for them to graduate to the next level," explained the owner of more than 24,000 international runs.

"In any case, there are U-23 matches which provide another platform. There is no purpose being served by having youngsters continue to play 3-4 years at the U-19 level especially if they have entered the scene after the age of 16-17," Dravid said.

India have won the U-19 World Cup thrice and have been runners-up on one occasion but the current U-19 national coach wants that focus should be more on junior players getting to play a lot of days' cricket.

"One way to strengthen the junior cricket set up is to shift the focus from the U-19 World Cup and have more tours with more long form cricket and not just One Day cricket.

"The team selected for these tours need not necessarily be the best 15 always but selected from a wider pool of about 20-25 players. We should look at these series to give opportunities to more youngsters to give them a taste of international cricket at the junior level."

"Having more kids tour overseas will mean more future first class cricketers would have experienced playing in different conditions and that will certainly help in improving domestic cricket as well. Apart from the cricket, it will give a chance for more youngsters to experience other cultures which will aid their overall development," concluded Dravid.