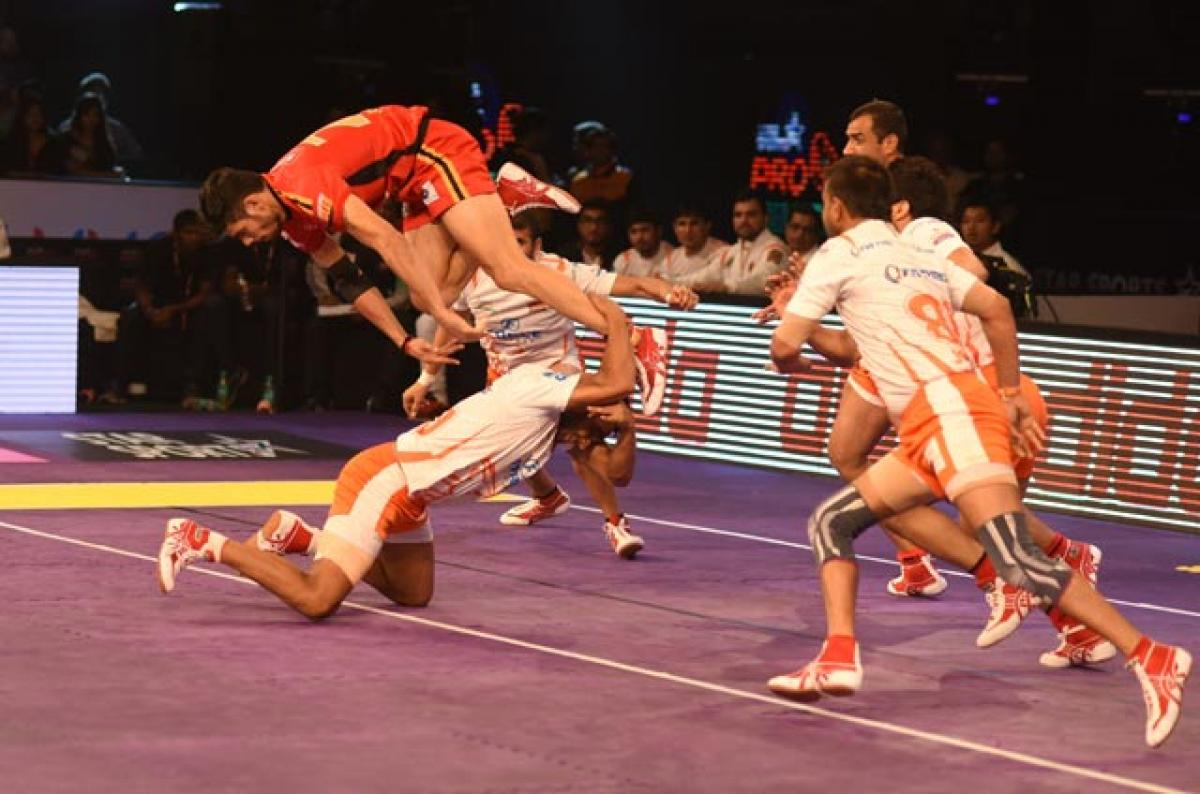 Hyderabad: Bengaluru Bulls recorded a 29-27 win over Puneri Paltan in a closely contested match of Pro Kabaddi Season 4 here at GMC Balayogi Indoor Stadium on Monday. Mohit Chhillar was great in defence as he scored six points while Rohit Kumar turned the game in the last minute with a super raid and ended up with eight points.

Bengaluru Bulls gained a spot in the league table and jumped to fifth position with 13 points from four games. Puneri Paltan suffered their second defeat of the season but remain top of the table with 20 points from six games. Deepak Niwas Hooda scored a super raid in the third minute as Puneri Paltan led 3-1 and reduced Bangalore Bulls to four men.

Ajay Rathi scored two points in the sixth minute for the Bulls to tie the game at 3-3. Puneri Paltan raiders were kept quiet by the Bulls defence as they could register only one successful raid in the first 10 minutes. Surprisingly Manjeet Chhillar attempted his first raid in the 11th minute as Puneri Paltan trailed 4-6.

Hooda and Amit Rathi scored a point apiece in the 14th minute, as the teams were tied 7-7. Bulls' defence did a fine job on Puneri Paltan raiders - Manjeet didn't score a single point -- as they led 10-8 at the end of first half.