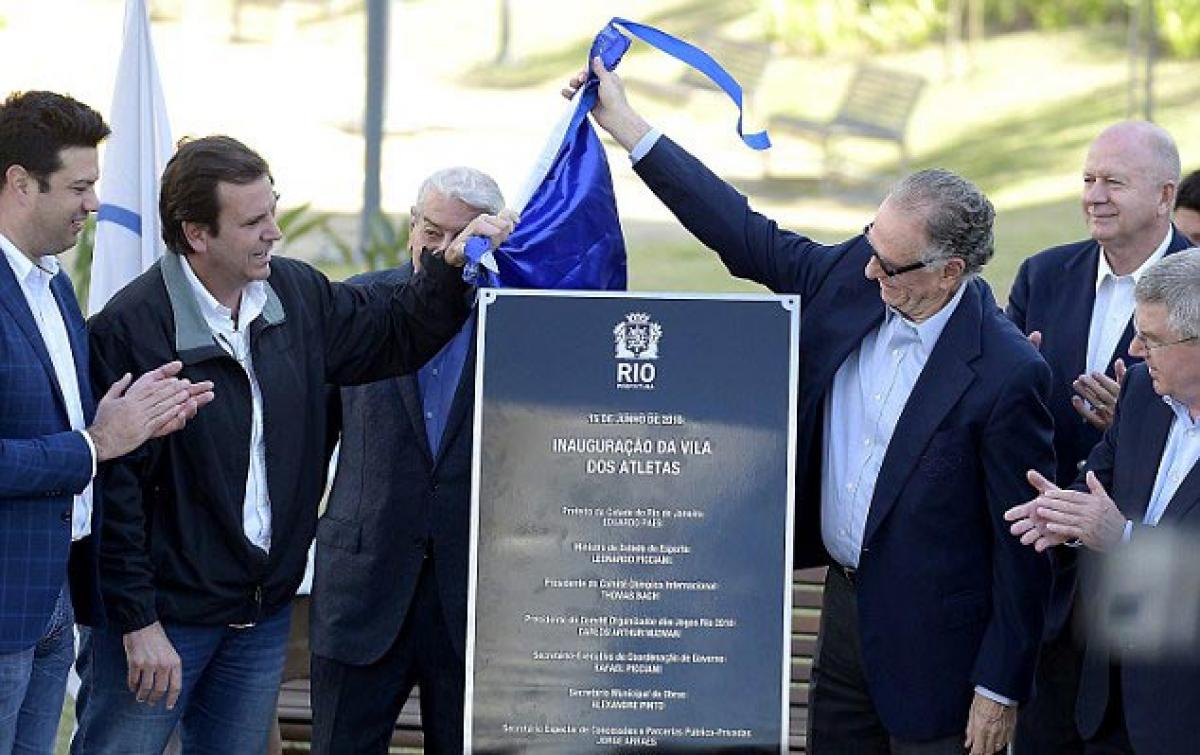 Rio De Janeiro:The Olympic Village for the Rio Games was officially opened on Sunday and 3,600 apartments are ready to welcome athletes and officials from all over the world.

Rio De Janeiro:The Olympic Village for the Rio Games was officially opened on Sunday and 3,600 apartments are ready to welcome athletes and officials from all over the world.

The 47-year-old Basketball great Janeth Arcain, who is the mayor of the village, cut the ribbon together with Rio de Janeiro's Mayor Eduardo Paes and head of the Organising Committee Carlos Nuzman to symbolise the opening of the village, Xinhua reported.

The village consists of 31 apartment buildings with 3,604 apartments, which will be home to more than 17,000 athletes and team officials during the Olympic Games and 6,000 people during the Paralympic Games.

Some foreign athletes including some of the refugee athletes have already moved in the village, which also includes a 24-hour gym, multi-faith centre, florist, convenience stores, bank, post office, hairdresser and beauty salon, as well as a vast food hall that will serve more than 60,000 meals a day during the Games period.

But according to Rio 2016 spokesperson Mario Andrada, no Russian athletes has moved in so far.

The IOC earlier in the day decided not to impose a blanket ban on Russia from the Rio Olympics and let each summer sports International Federation (IF) to determine each athlete's eligibility.