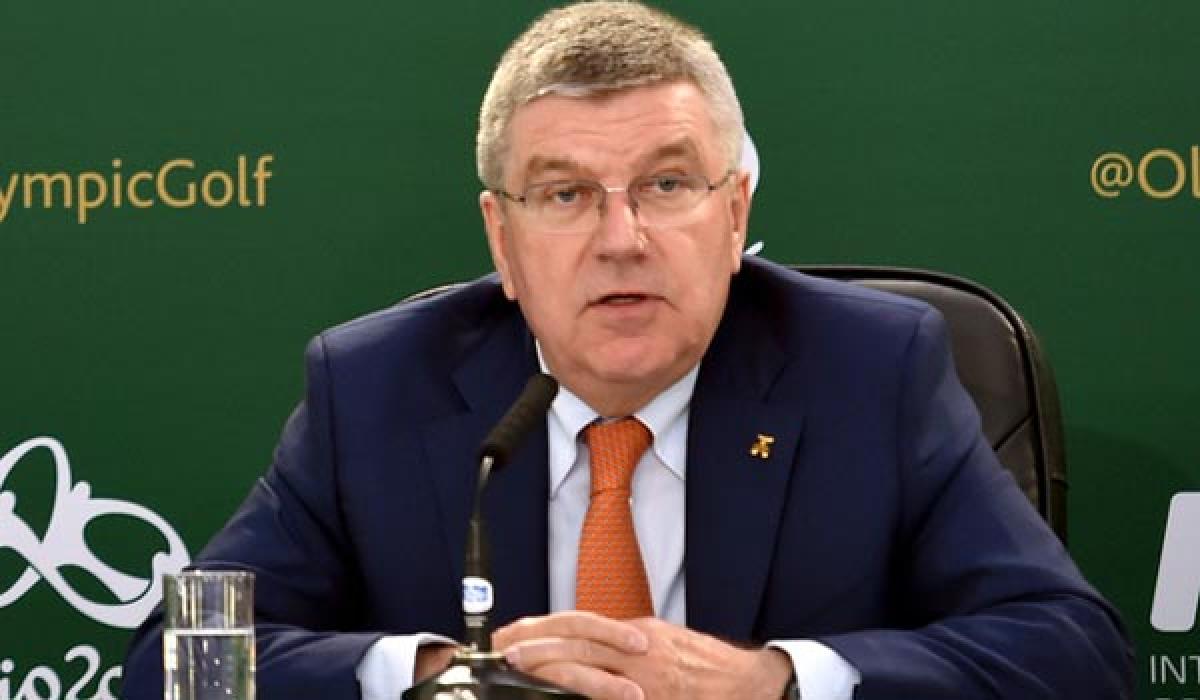 The Rio Olympics will commence on August 5, in the shadow of the Russian doping scandal which made anti-doping fight at these Games the focus of attention, Xinhua news agency reported.

The IOC had worked hard to keep drug cheats away from the Olympics, Bach said.

Bach noted that extreme measures were undertaken to keep as many drug cheats away from the Games as possible.

"We have the pre-testing programme where more than 2,200 athletes were selected and monitored... Then we had 700 recommendations for extra testing which went to 13 international federations, 62 national anti-doping agencies for athletes from 96 different countries," he added.

On top of the pre-Games testing, the IOC also conducted a comprehensive re-analysis of the samples from Beijing and London Games.

Until now, over 1,200 samples have been re-tested and banned substances were found in 98 samples. More re-testing is expected to continue throughout and after the Rio Games.

The Rio Olympics Games will also see for the first time that the Court of Arbitration for Sport (CAS) take charge of sanctioning drug cheats.

"For the first time, athletes who are tested positive will not be sanctioned by the IOC any more. Their cases will go directly to the CAS which will take independently all the necessary measures," said Bach.

CAS said it will adjudicate on doping cases "after hearing the parties concerned" and "may also impose provisional suspensions pending the conclusion of the procedure".

Based in Lausanne, Switzerland, CAS first opened local offices at Olympics for the Atlanta Games in 1996.