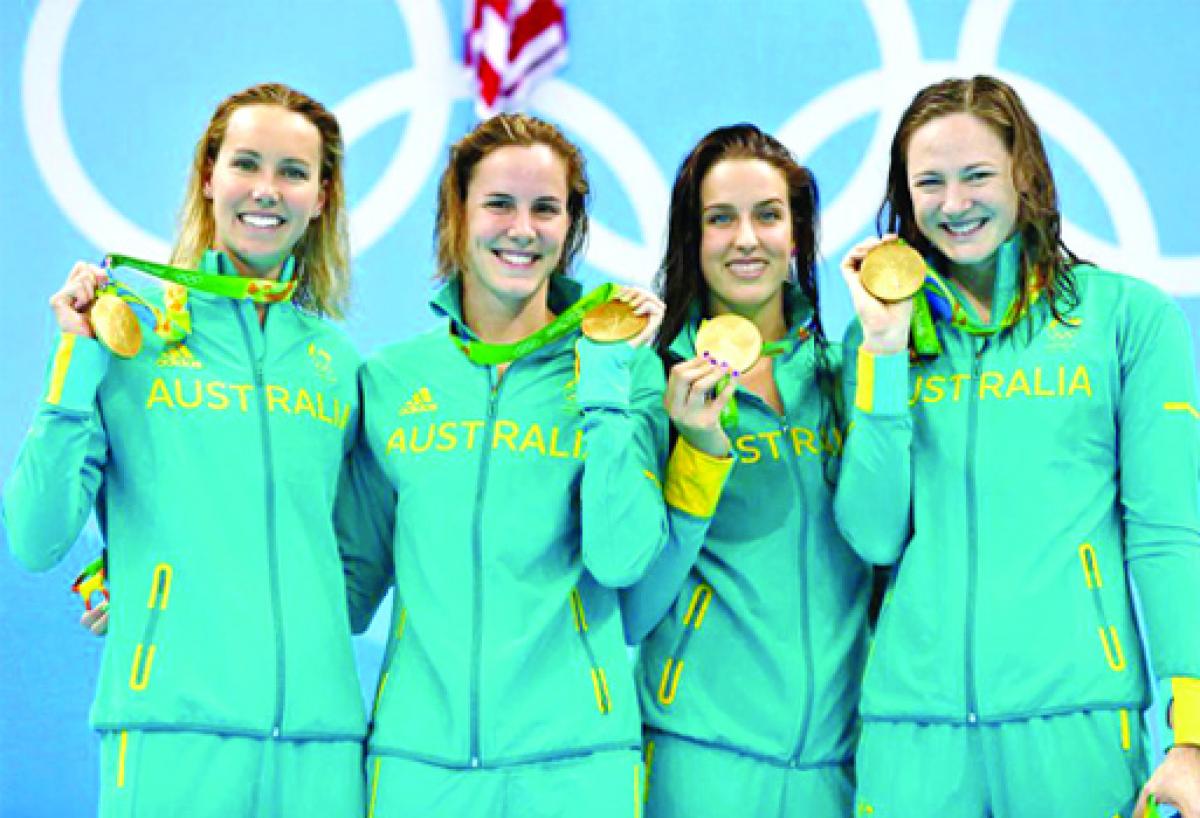 The Australians, leading off with Emma McKeon and Brittany Elmslie swimming the second leg, clocked three minutes, 30.65 seconds, beating the old mark of 3:30.98 they set in Glasgow in 2014. The United States took silver and Canada bronze.

The Australians, leading off with Emma McKeon and Brittany Elmslie swimming the second leg, clocked three minutes, 30.65 seconds, beating the old mark of 3:30.98 they set in Glasgow in 2014. The United States took silver and Canada bronze.

The medal came on top of a win for Mack Horton in the men's 400 freestyle and marked a dream start for the Australians after a disappointing London Olympics four years ago when they slumped to their worst medal haul in 20 years.

After one day of competition in the Rio pool, Australia have already doubled their tally of golds from London.“Definitely my favourite race ever: in an Olympic final with my sister and two girls I have known since I was 12, 13 years old - and a gold and a world record,” said Cate Campbell, who set the world record for the individual 100 freestyle last month.

You can't ask for more. Every kid dreams of it, it's what we always hoped for.”The Australian women won by an emphatic 1.24 seconds from the American team of Simone Manuel, Abbey Weitzeil, Dana Vollmer and Katie Ledecky.

I think the swim team is in a very good place - doubled medal tally from London,” Horton said. “The youth of the swim team brings a lot of potential, I think that's why we're in such a good place.”

The Americans had led at half-way, but Bronte Campbell overhauled Vollmer on the third leg and handed over a lead her sister never looked like surrendering to Ledecky.
Canada's Sandrine Mainville, Chantal Van Landeghem, Taylor Ruck and Penelope Oleksiak took the bronze ahead of London silver medalists the Netherlands, who were anchored by triple Olympic champion Ranomi Kromowidjojo.