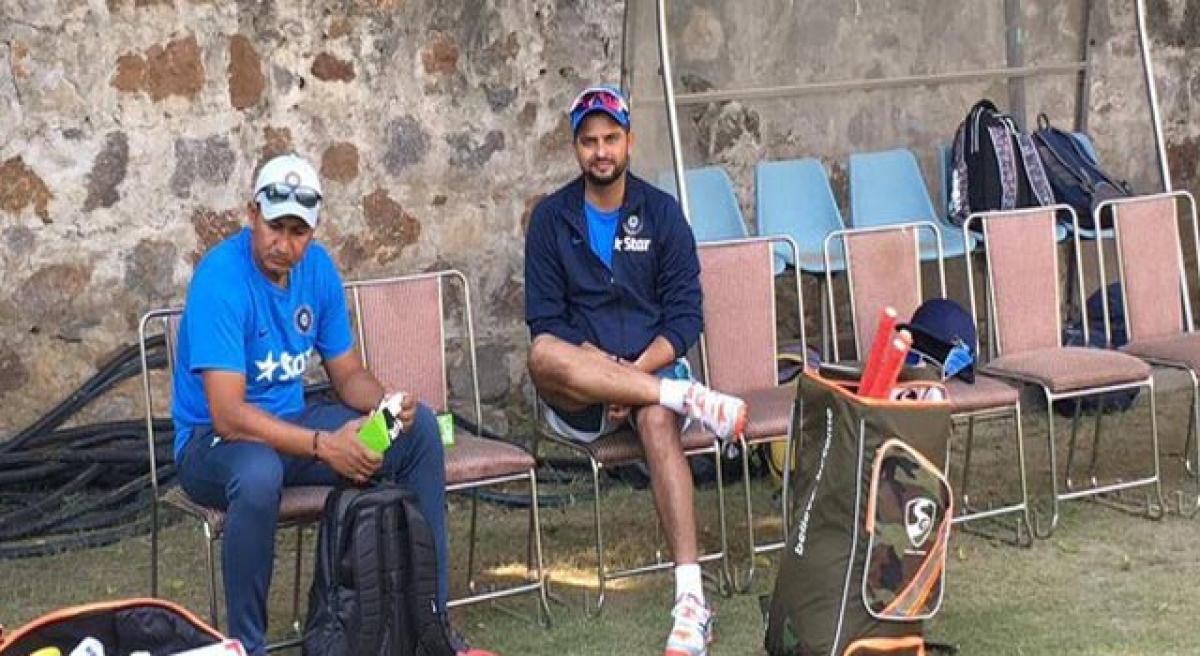 Senior batsman Suresh Raina has been ruled out of the second ODI between India and New Zealand to be played at the Feroz Shah Kotla Stadium in New Delhi on Thursday.

​New Delhi: Senior batsman Suresh Raina has been ruled out of the second ODI between India and New Zealand to be played at the Feroz Shah Kotla Stadium in New Delhi on Thursday. A press release from the Board of Cricket Control of India confirmed that Raina, who missed the game in Dharamsala due to a bout of fever, has been given more time to recover.

"The BCCI medical team has confirmed that Suresh Raina, who is recovering from a bout of viral fever and had missed the Dharamsala ODI, is ruled out of the second game of the ODI series against New Zealand. The team management has allowed Suresh Raina more time to recover. There will be no replacement in the team," the press release said.

The left-handed batsman however was seen in the nets on Tuesday training during the optional practice session for the Indian team. Kedar Jadhav, who picked up two wickets with his handy part-time off breaks, will be expected to retain his place on Thursday. At the nets, Jadhav was seen bowling off breaks to both Raina and Dhoni for an extended period of time alongside other off-spinner Jayant Yadav.

Raina, who didn't bat in UP's Ranji opener against MP as he was running temperature, was forced to skip the first ODI. Back in the nets, he was seen playing lofted shot against spinners at will. In fact, Kedar, who was his like for like replacement, bowled him for a period of time at the nets. He was also given throwdowns by team's expert Raghavendra, batting coach Sanjay Bangar and chief coach Kumble.