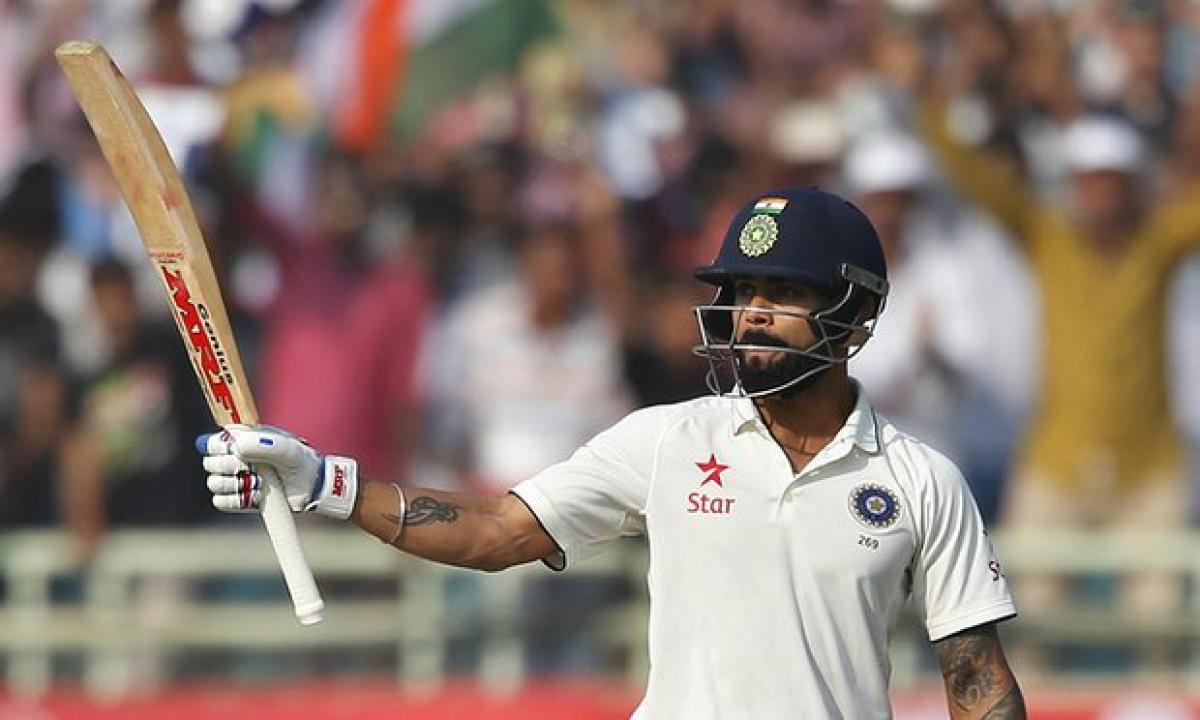 A stray dog forced an early tea break with Virat Kohli and Cheteshwar Pujara approaching centuries on the opening day of the second Test between India and England here today.

Visakhapatnam: A stray dog forced an early tea break with Virat Kohli and Cheteshwar Pujara approaching centuries on the opening day of the second Test between India and England here today.

Kohli was unbeaten on 91 off 135 balls while Pujara was batting on 97 off 177 when the tea was taken in the middle of the 57th over after a stray dog halted the proceedings. India had reached 210 for two with Kohli and Pujara extending their partnership to 188 runs.

If the first session was all about laying the foundation after India lost both the openers for 22, the second was all about the duo asserting themselves on the opposition as they added 118 runs in the session without any damage.

They relished the conditions and were at ease against both the spinners and pacers.

Unbeaten on 37 at lunch, Kohli was in supreme command and was just nine short of his 14th Test hundred.

Pujara dissected the cover and midoff with finesse to reach to his 11th half century.

England packed Pujara's offside with eight fielders but he still found the gaps and dispatched the ball to the boundary without any fuss as India scored at six runs per over in the last 10 overs before tea.

From dropping Kohli on 56 to an LBW call of Pujara being dismissed after a review, nothing went in England's way as they kept rotating their sixbowling spinpace options without the desired results.

Earlier electing to bat, India lost for their openers, KL Rahul and Murali Vijay inside five overs when Pujara and Kohli calmed the proceedings.

Making a hurried return after he was pulled in from an ongoing firstclass match, Rahul got out for duck edging Stuart Broad to Ben Stokes at the third slip.

But against a rising delivery from James Anderson, he found himself clueless as the ball came off his gloves and looped to Ben Stokes at gully.

Broad was soon off the field after aggravating his right wrist cut that he had sustained in the first Test as Stokes came in to replace him in the eighth over.

England tested the Indian duo with rising short deliveries but Pujara and Kohli were up for the challenge.

An exciting battle between the English leading wicket taker Anderson and Kohli was on display and the Indian skipper looked to have the upper hand when he got off the mark with an elegant boundary coming forward.