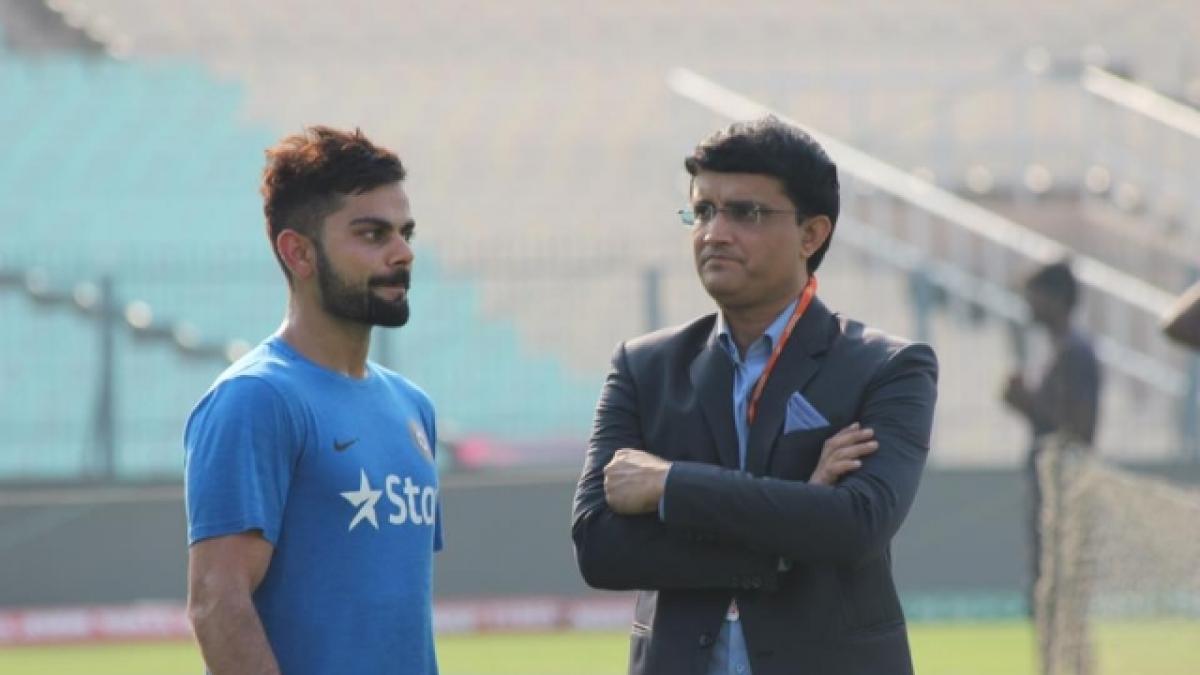 Former captain Sourav Ganguly on Wednesday said current India skipper Virat Kohli\'s aggression on and off the pitch was two times more than his own aggression when he led the national cricket team.

Kolkata: Former captain Sourav Ganguly on Wednesday said current India skipper Virat Kohli's aggression on and off the pitch was two times more than his own aggression when he led the national cricket team.

"Virat's aggression is two times more than mine," Ganguly told reporters on the sidelines of the launch of Sourav Ganguly Foundation and Sourav Ganguly Cricket School.

"Virat never leaves an inch to the opposition," Ganguly said when asked to compare Kohli's temperament to his.

Going further, Ganguly compared Virat's temperament to that of former Atletico de Kolkata coach Antonio Habas, saying "temperament of both Virat and Habas are of similar nature, which draws spectators to the stadium."

Ganguly was all praise for Virat's performance, especially his leadership of the Indian team in clinching the ongoing home Test series against England and the double hundred he hit in the fourth Test in Mumbai.

Ganguly, as the India captain, was known to be an aggressive leader, famously celebrating India's win in the Natwest Triangular series in 2002 by taking off his shirt at the Lord's.

Talking about the performance of ATK in the ongoing Indian Super League football, Ganguly lauded his side describing it as "very much consistent" and for that he gave full credit to the players.

Ganguly, who is also a co-owner of ATK, mentioned the names of Iain Hume among the foreign players, besides goalkeeper Debjit Majumdar and defender Prabir Das among the local players.