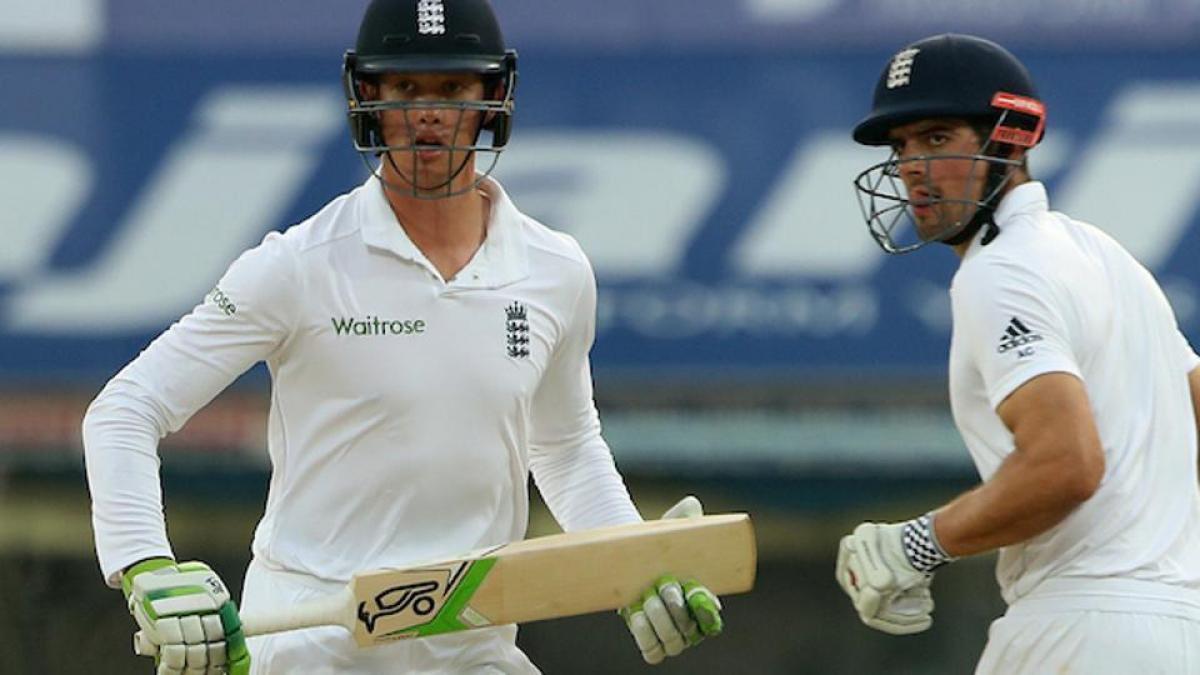 England were 167/4 in their second innings at tea on the final day of the fifth cricket Test against India here on Tuesday.

Chennai: England were 167/4 in their second innings at tea on the final day of the fifth cricket Test against India here on Tuesday.

England still trail India by 115 runs with 6 wickets in hand.

Moeen Ali (32 batting) and Ben Stokes (13 batting) were at the crease when tea was called.

England reached 97 for no loss at lunch, but lost four wickets in the second session of play.

Cook (47) and Keaton Jennings (46) were at the crease when the first session of the day came to a close.

But England's slide started shortly after play resumed in the post-lunch phase.

Cook was the first to be dismissed, with his team's score at 103 in the 40th over, edging a widish delivery off Jadeja to K.L. Rahul at leg slip.

Cook's opening partner Jennings also perished soon after, at 110/2 in the 44th over. He danced down the track to negate Jadeja's spin but managed only to scoop a simple return catch to him.

England were jolted with the departure of both the openers.

The visitors struggled to bind together successful partnerships and slipped deeper into trouble with Root and Bairstow falling in the space of 14 balls.

Root was caught in front of the wicket by Jadeja, who also had a hand in Bairstow's wicket, latching onto a catch off the bowling of Sharma.