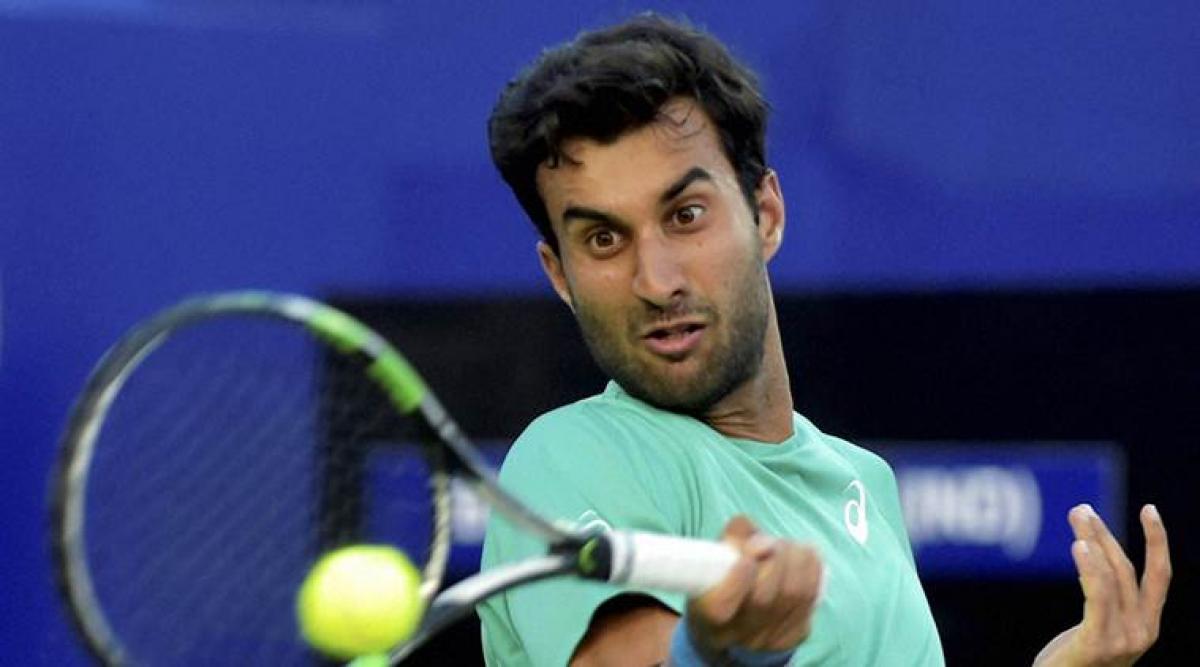 Left handed Prajnesh Gunneswaran, who is picked to be part of the Indian Davis Cup team to play New Zealand in Pune, stormed into the second round to join his compatriot Yuki Bhambri in the qualifiers of the Chennai Open ATP Tour tennis tournament.

Left handed Prajnesh Gunneswaran, who is picked to be part of the Indian Davis Cup team to play New Zealand in Pune, stormed into the second round to join his compatriot Yuki Bhambri in the qualifiers of the Chennai Open ATP Tour tennis tournament.

Exhibiting all-round court play, Prajnesh was in control of the game and held the upper hand to beat Japan’s Hiroko Moriya 6-2, 6-3 in 72 minutes.

Earlier, Bhambri, a quarterfinalist in 2014 in Chennai Open, was at his best even after coming back from a long injury lay-off as he breezed past Italy’s higher-ranked Marco Cecchinato 7-5 6-1 in 70 minutes.

The third Indian player in action in the qualifier on Saturday, Sasi Kumar Mukund went down fighting 7-6(7) 3-6 5-7 to Argentine Nicolas Kicker.

Mukund seemed to have gained a measure of his 24-year-old opponent as he fought tooth and nail to win the tie-breaker but suffered an early setback in the next set, getting broken in his second game itself.

Mukund tried to power his way back, riding on his big serve and powerful forehand strokes, but Kicker drew the sting out of his own shots by imparting massive top spin into them.

The third set was a hard-fought affair with the games going with serve till 5-5. Kicker broke through in the critical 11th game and held on to his serve to beat Mukund 7-5.

Prajnesh made an excellent start, breaking Hiroki twice to lead 4-0. The Indian hit strong forehands to both corners of the court and blasted powerful serves while Hiroki was still to find his moorings.

It was only in the fifth game that Hiroki began to counter Prajnesh’s strong game with smooth, flowing and well-timed strokes. He had Prajnesh on the run and moved to put away the volleys in impressive fashion and managed to win two games. But Prajnesh kept his focus and wrapped up the first set 6-2.

The second set started on more even terms and stayed that way till 3-3. Prajnesh then held to a 4-3 lead and with the help of two errors from Hiroki broke the serve of the Japanese on the 8th deuce. In this game, both players produced amazing winners but also made unforced errors.

Prajnesh then came up with four impressive first serves to close out the set 6-3 and win the match.