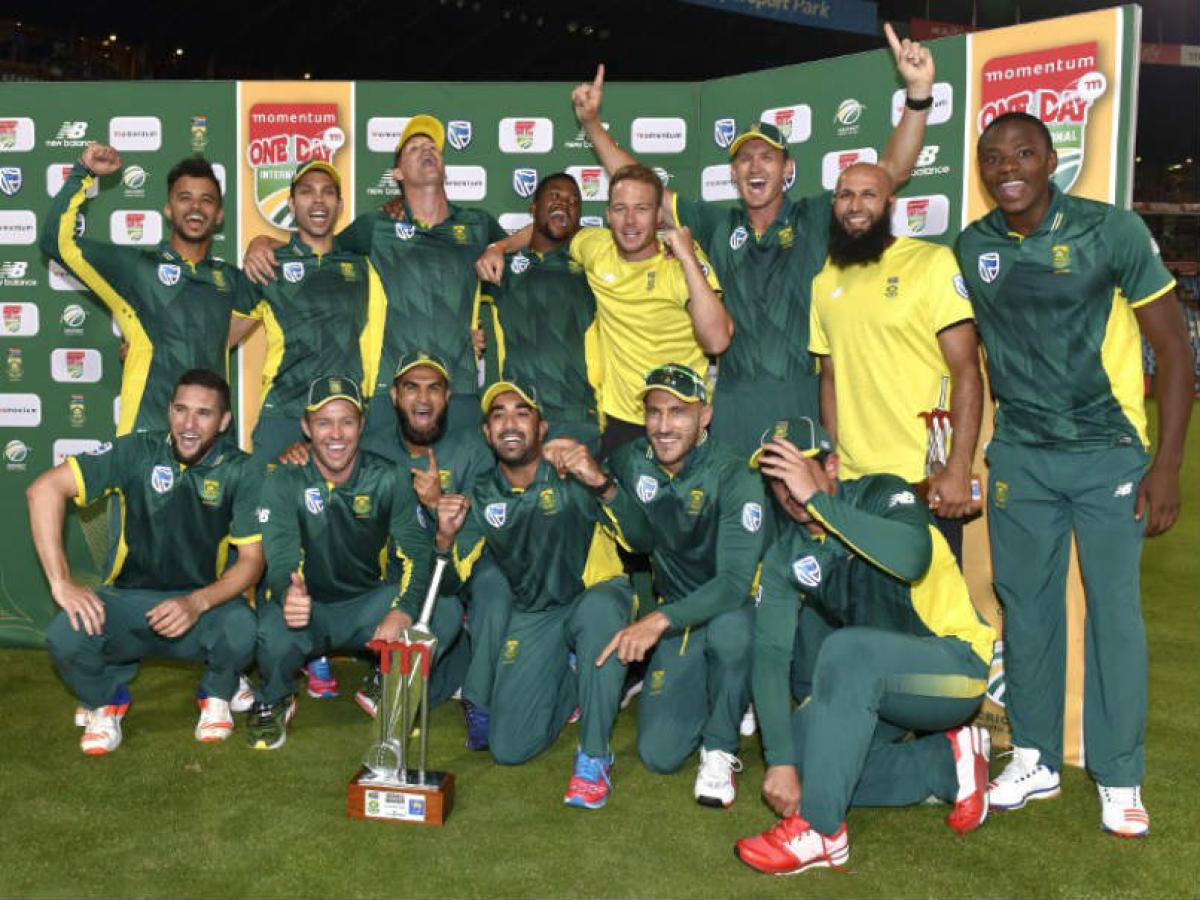 South Africa returned to the top of the ICC ODI Team Rankings after sweeping aside Sri Lanka 5-0 in their home series which ended at Centurion.

Dubai: South Africa returned to the top of the ICC ODI Team Rankings after sweeping aside Sri Lanka 5-0 in their home series which ended at Centurion.

South Africa had entered the series against Sri Lanka, trailing number-one ranked Australia by four points. However, Australia's 0-2 defeat against New Zealand and South Africa's own 5-0 win over Sri Lanka meant the Proteas (119 points) have now moved ahead of the world champions.

A delighted South Africa captain A B de Villiers said: "We are excited to be back at the top of the ICC ODI Team Rankings. We have had some trials since the World Cup two years ago but have worked hard to rebuild and to gain some form and consistency in this format.

"It's an important year for us with the ICC Champions Trophy in June and regaining the No.1 position is a step in the right direction for our preparation ahead of the event. It's a tight contest at the top so it will be important for us to continue putting in the performances so that we can hold onto the position."

This is the fifth time South Africa have surged to the top since the current rankings system was introduced in 2002.

They enjoyed top positions in February 2007, March-May 2008, January-August 2009 and October-November 2014. Since May 1, 2016 annual update of the ICC ODI Team Rankings, South Africa have played 17 ODIs, winning 13, including 11 on the trot. Its three loses have been against the West Indies (two) and Australia (one), while one match ended in a no-result.

Meanwhile, Sri Lanka dropped three points following their performance in South Africa. While they stayed in sixth position on 98 points, their pre-series 10-point lead over Bangladesh has been reduced to seven points, with eighth-ranked Pakistan another two points behind.

England plus the seven highest-ranked sides on ICC ODI Team Rankings as on September 30 will qualify automatically for the ICC Cricket World Cup 2019. The remaining four sides from the ODI table along with six sides from the ICC World Cricket League will feature in the ICC Cricket World Cup Qualifier 2018 to fight for the remaining two places in the pinnacle 50-over event to be staged in the United Kingdom from May 30 to July 15, 2019.