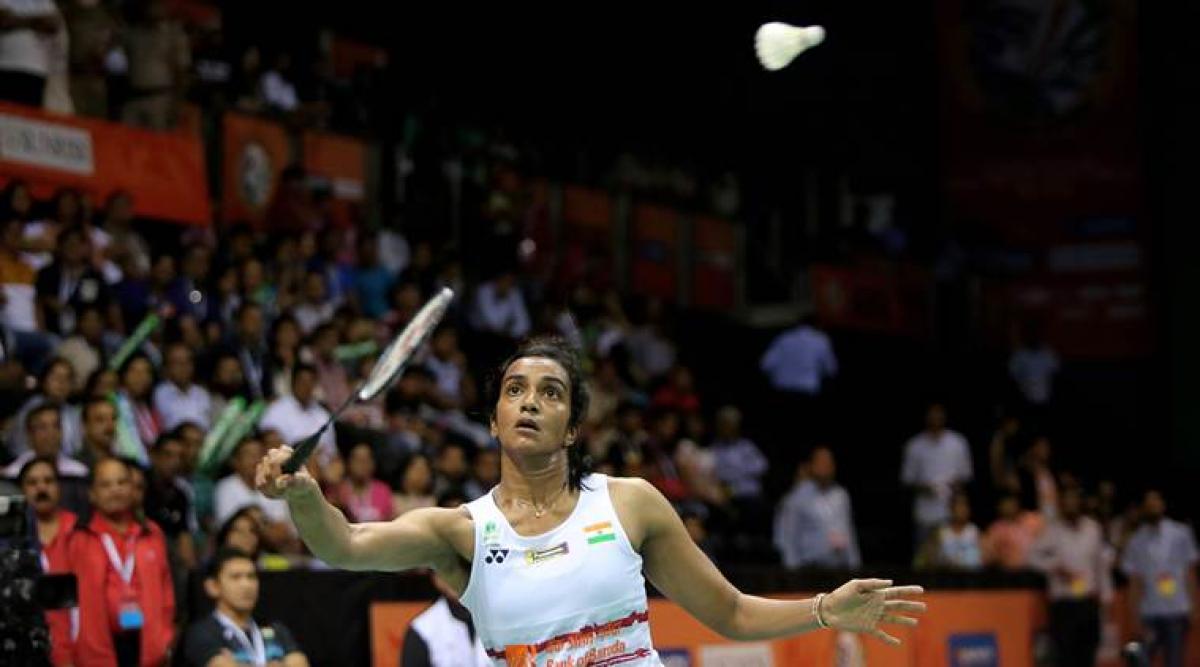 Star shuttler P V Sindhu\'s win was the only bright spot on a dismal day as India suffered a 1-4 loss to Denmark in their opening match of the Sudirman Cup mixed team championship here.

Star shuttler P V Sindhu's win was the only bright spot on a dismal day as India suffered a 1-4 loss to Denmark in their opening match of the Sudirman Cup mixed team championship here.

Up against two-time runners-up Denmark, India came a cropper after they lost the first three ties -- mixed doubles, men's singles and men's double --, to go down 0-3 in the five- match rubber.

Starting the proceedings, the experienced Ashwini Ponnappa and the young Satwiksairaj Rankireddy paired up and displayed good fighting spirit before going down 15-21 21-16 17-21 to the London Olympics bronze-medallist combo of Joachim Fischer Nielsen and Christinna Pedersen in the mixed doubles match that lasted an hour and 10 minutes here.

A lot was expected from World No.13 Ajay Jayaram after his recent success against Viktor Axelsen at the Malaysia Open but the Mumbai shuttler capitulated 12-21 7-21 in just 27 minutes as India slipped to 0-2.

Olympic silver-medallist P V Sindhu then saved India some embarrassment with a 21-18 21-6 win over Line Kjaersfeldt in a 32-minute women's singles match.

In the fifth match, the Syed Modi Grand Prix Gold runners-up pair of Ashwini and N Sikki Reddy fought hard before losing 21-18 15-21 21-23 to Olympic silver-medallists Kamilla Rytter Juhl and Christinna as Denmark wrapped up the contest 4-1.

India will next face former champions Indonesia on Wednesday.